EARTH RADIO
Earth Radio is a unique collective of musicians based in Grand Rapids, Michigan, that are pushing the boundaries of neo-soul to a new level. The band formed in August 2017 when bass player Justin Avdek brought these unique West Michigan musicians together for a spontaneous recording collaboration, which took place in the cozy basement of his parents’ log cabin in Muskegon. Their artistic exploration approach to writing left members without expectation of the sound that would be created. Since the release of their self-titled album in March 2018, their music has been well received by the community, hitting the top of the charts as WYCE’s most played album. The excitement continued throughout the year and the band was awarded “Emerging Artist of The Year” and “Best Jazz Album of 2018” for the 2019 Jammie Awards. The current members of Earth Radio are Justin Avdek (bass/effects), Hannah Laine (vox, piano), Dutcher Snedeker (keyboards, synth), and Madison George (drums/percussion).

FLEXADECIBEL
Formed in the summer of 2015, Flexadecibel is an 8-piece, groove-centric band based in Muskegon, MI drawing on a wide range of influences and musical backgrounds. With bangin’ originals and a mix of classic and modern covers, the FLXDB crew has been moving crowds around the mitten state and gaining momentum with every gig. Stretched among the pillars of funk, soul, and rock, bending sounds to make you boogie is the Flexadecibel specialty. 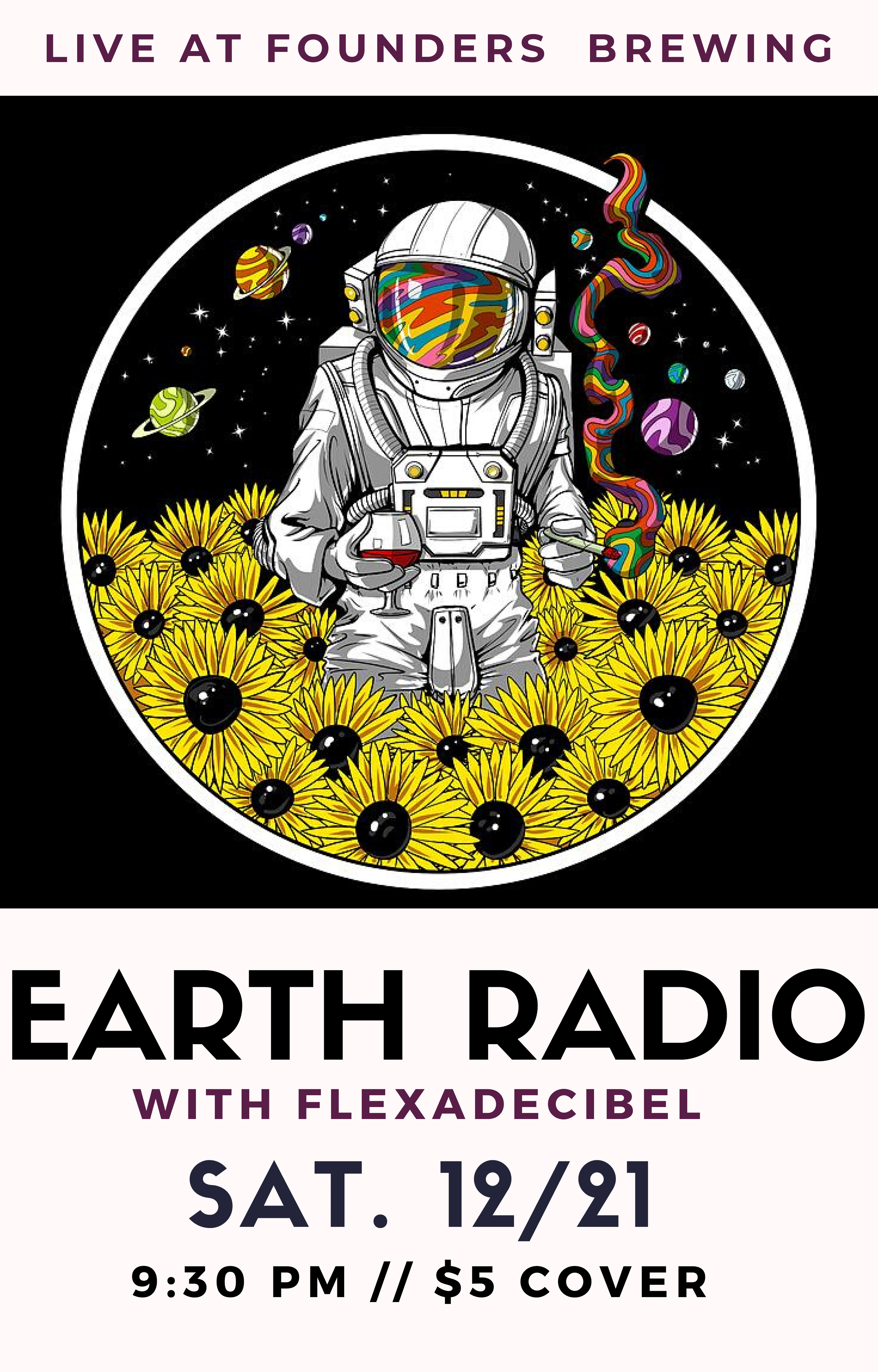