About Earphorik: Earphorik is a progressive rock, jam band based out of Fort Wayne, IN. The band was formed by Chris Treesh (guitar/vocals), Austin Robinson (guitar/vocals), Nolan Opper (bass), and Ryan Moreno (drums). Showcasing high-energy funk, vast genre ranges, and explosive peaks – Earphorik takes you to a whole new level of musical consciousness.

Formed in 2013 as a collaboration of several Fort Wayne area bands, Earphorik released their first album A Year From All Angles in August of 2014, available on all major listening platforms. The band followed up the album with the release of a live album recorded at Jake Cinninger’s Boondock Studio in Niles, MI, which consisted of just one take bringing the magic of the live performance to life. It is being produced and mastered by Jake Cinninger and Jim Leep – a true one take analog experience! Stay tuned for the album release date announcement.

Earphorik has made a national presence in the midwest and beyond playing venues throughout the nation, and featuring big name sit ins such as Jake Cinninger (Umphrey’s McGee), Beau Sasser (Kung Fu), Rob Chafin (The Werks), George Gekas (The Revivalists), Mike Greenfield (Lotus), Jesse Clayton (Fareed Haque), Holly Bowling, and Gerlach (Turbo Suit.) Along with these performance highlights, Earphorik has made waves in the festival cicruit with performances including two consecutive plays at Summer Camp Music Festival, Hyperion Music Festival, Taste Of Randolph, amongst a number of smaller festivals around the midwest.  Be sure to catch Earphorik on the road and keep up with the latest news and updates at www.Earphorik.com.

About Mister F: Formed in 2013 from members of Northeast regional acts Timbre Coup and Capital Zen, Mister F are an eclectic, high-energy 4-piece band that takes a no-holds-barred approach to blending genres while keeping your feet moving. Describing their sound as “neat and clean, hard and dangerous”, Mister F‘s calculated yet danceable fusion-fueled sound provides something for both musicians and listeners alike. Having performed at festivals such as The Hudson Project, Catskill Chill, Disc Jam, The Werk Out, Luna Light and Resonance, as well as with their previous bands at Mountain Jam, moe.down, Summer Camp, Camp Bisco, and snoe.down, the members of Mister F are no strangers to the music community. Members of Mister F have been invited to perform onstage with Umphrey’s McGee, Twiddle, Dopapod, Particle, Robert Randolph and the Family Band, The Werks, Consider the Source, and many more. They brought their show to the road soon after their 2013 debut, reaching cities as far as Telluride, CO and Atlanta, GA within just a few short years. 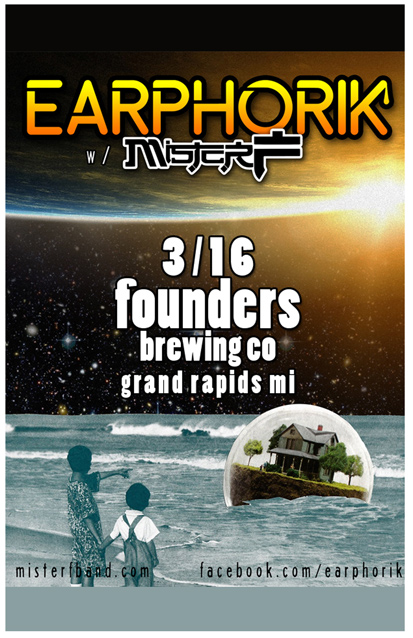