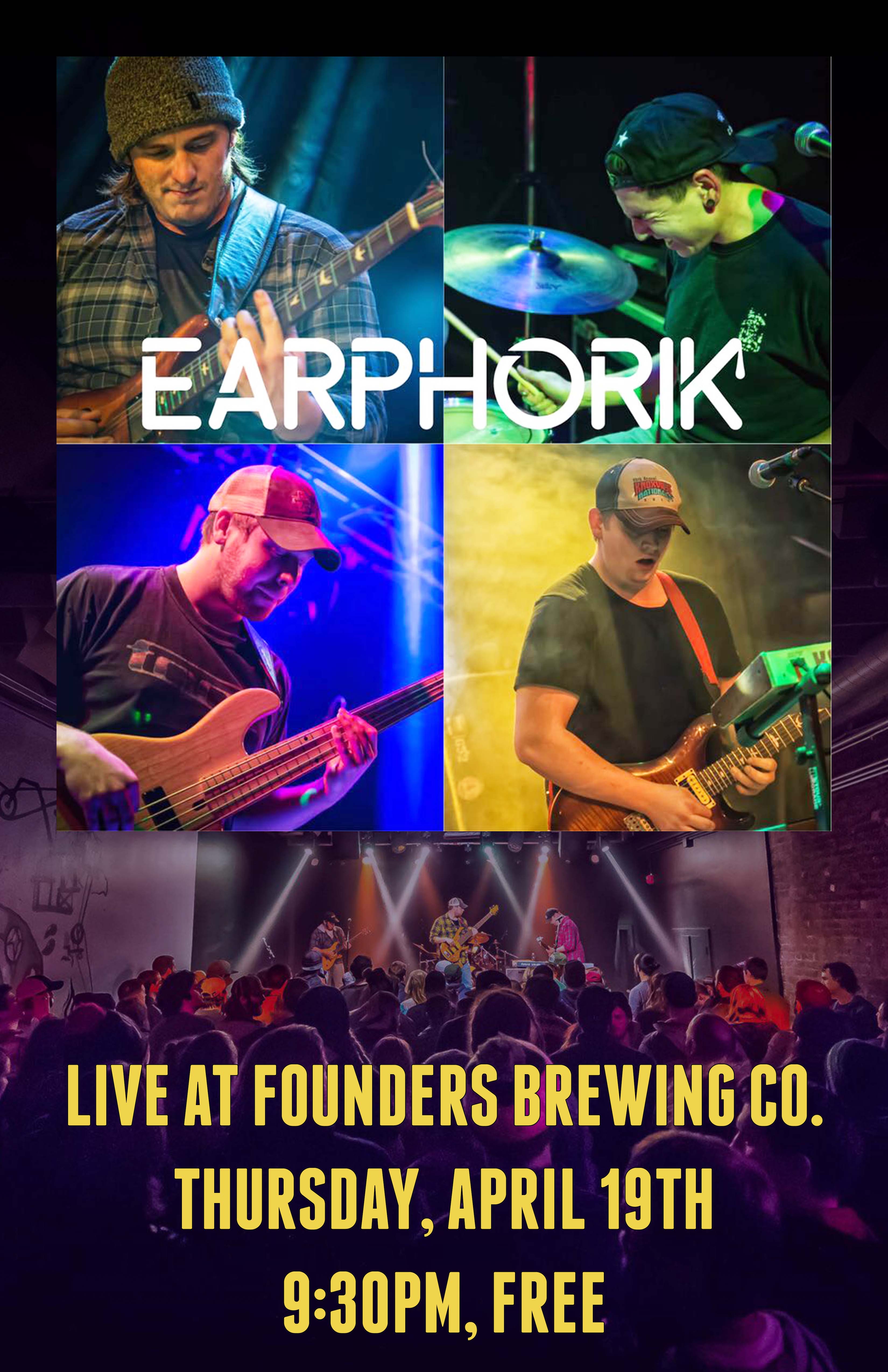 Earphorik is a progressive rock and funk styled jam band based out of Fort Wayne, IN. With clear influences from jam band greats including Umphrey’s McGee, The Werks, and Widespread Panic the band quickly made headlines in the national jam scene and quickly picked up a dedicated following. The band was formed by Chris Treesh (guitar/vocals), Austin Robinson (guitar/vocals), Nolan Opper (bass), and Ryan Moreno (drums). Showcasing high-energy funk, vast genre ranges, and explosive peaks – Earphorik takes you to a whole new level of musical consciousness.

Formed in 2013 as a collaboration of several Fort Wayne area bands, Earphorik released their first album A Year From All Angles in August of 2014, available on all major listening platforms. The band followed up the album with the release of a live album recorded at Jake Cinninger’s Boondock Studio in Niles, MI, which consisted of just one take bringing the magic of the live performance to life. It is being produced and mastered by Jake Cinninger and Jim Leep – a true one take analog experience! Available now on all major listening platforms.

Along with these performance highlights, Earphorik has made waves in the festival cicruit with performances that include Summer Camp Music Festival, Electric Forest, Hyperion Music Festival, SONIC BLOOM, Highberry Music Festival, Disc Jam, The Mad Tea Party Jam, amongst a handful of others across the nation. Be sure to catch Earphorik on the road and keep up with the latest news at www.Earphorik.com