The Ditchrunners (Outlaw Country from Wisconsin)

“From Stevens Point, these five guys must have had a love hate relationship with the country music they grew up with. They kept the country twang, and sometimes a bit of the hoe-down beat, but added a hard edge in the guitar work and palpable rebel-rousing attitude. Its more than Toby Keith country, but less than gritty southern metal, settling in a rebellious bluegrassy middle ground. Singing about whiskey, trucks, guns and girls, they sure know how to occasionally throw in some top notch vocal harmonies, without losing that outlaw edge.” -City Pages 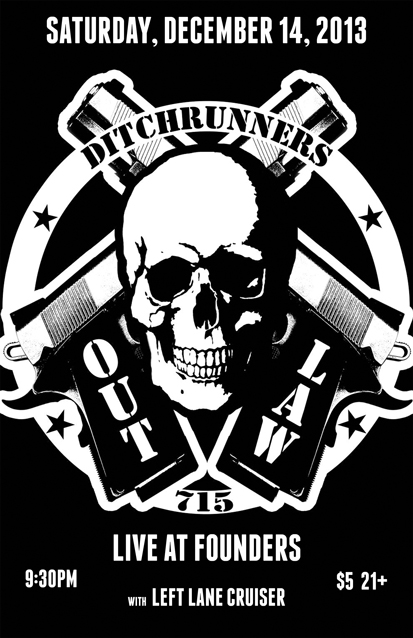