Diet Cig is a pop rock band from New Paltz, NY, fronted by Alex Luciano with Noah Bowman of Earl Boykins (Forged Artifacts) on drums. The five charming songs on the debut Over Easy EP, written by Alex in the comforts of her bedroom, capture the innocence of adolescence and infatuation. Over Easy was recorded on Halloween 2014 with Christopher Daly at Salvation Recording Co in New Paltz, NY (Porches, Quarterbacks, Earl Boykins) and mastered by Jamal Ruhe at West West Side Music. Over Easy was released digitally and on cassette in February 2015 with the support of Father/Daughter Records. 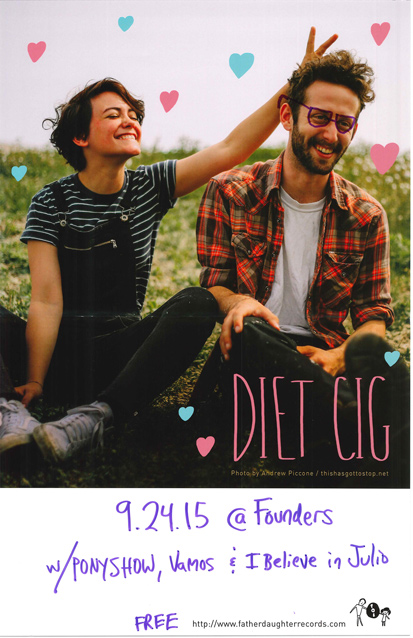