Desmond Jones is a five-piece funk/rock/jazz fusion band originally from East Lansing, MI currently living in Grand Rapids. With original music written to complement the group’s sound as a whole, the music is centered around melodic guitar riffs, funky bass lines, groovy drum beats, and smooth saxophone. The group takes influence from Frank Zappa, The Grateful Dead, Phish, Charles Mingus, The Band, and Led Zeppelin to name a few. Desmond Jones puts on exciting and high energy shows and is proud to say that each set list and each song is different from show to show.  They have played all over the Midwest, in Colorado, Pennsylvania and West Virginia. Look for them to hit the road in 2017 and catch a show in your city! 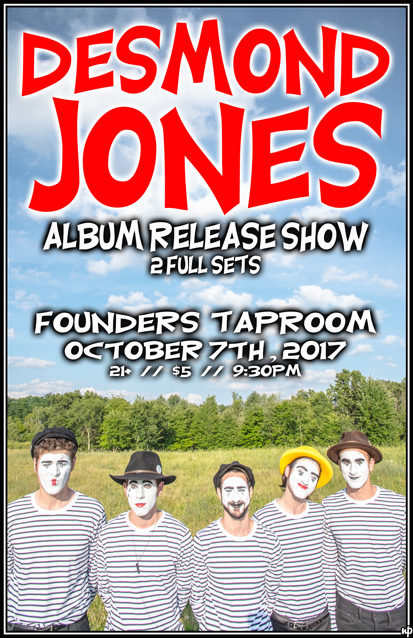