Deltaphonic is a New Orleans duo that blends roots rock with hill country blues and New Orleans funk. The band formed in New Orleans in 2014, and quickly went on to be one of the only original blues rock bands regularly performing in the Frenchmen Street scene. In 2015, Deltaphonic released the critically acclaimed album, Texas Texas, and began touring nationally. On the road, a medical emergency forced the group to start performing as a duo, which inadvertently led to the creation of the band’s signature sound. Deltaphonic is notable for its strong original material, and a unique utilization of fingerpicking guitar and driving percussion to create a surprisingly big sound with two instruments. The band’s second album, See Red, was released April 16th, 2017 at d.b.a. in New Orleans. 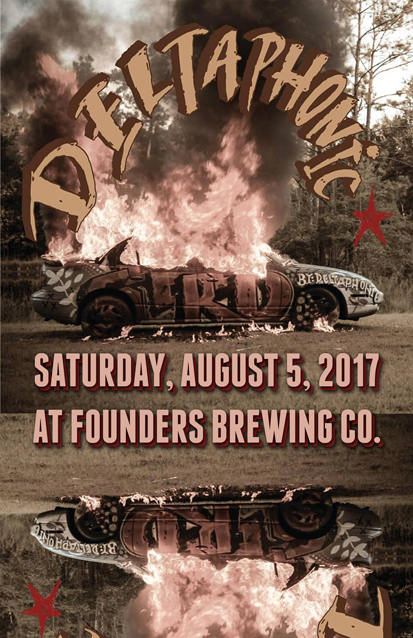