The David Thom Band has been a fixture on the Bay Area Bluegrass scene since they started playing together 16 years ago. David Thom, lead vocals and guitar, is passionate about the traditional sound yet everything about his show is fresh. Thom never songs or plays the same thing twice, embodying the concept of playing in the moment. His vocal range is staggering, from the deepest bass to the highest falsetto. All of that, combined with a rhythm guitar power often described as ‘like Jimmy Martin’, and lead playing so based in melody that there really is no one to compare him to.

The hard driving 5-string banjo of Andy Shaw, the aged and knowing fiddle of Paul Shelasky and the rock solid foundation of Jeff King’s bass round out the band. Jeff is also an accomplished lead and harmony singer, while everyone contributes to the vocal mix.

The David Thom Band has played at the Strawberry Music Festival, the Father’s Day Festival at Grass Valley, The Great American Music Hall, The Hardly Strictly Bluegrass Festival and a long list of smaller festivals and venues across the country. 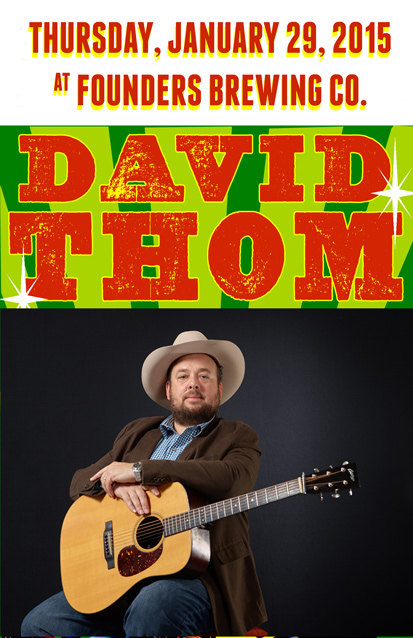