Join us on Friday, March 12 for our release of Werewolves of Michigan, a West Coast IPA is brewed in collaboration with City Built Brewing Co., made with Hydra hops for a hint of stone fruit and citrus accentuated by Mosaic hops for an IPA drinking experience that’ll leave you howling for more.

We will have a very limited amount of 750mL bottles and draft available of Werewolves of Michigan, as well as some exciting food specials made with this West Coast IPA. City Built Brewing Co. will be making an appearance, so stop by to have a pint and say hi!

More about this collaboration:

When it was time to establish our first Grand Rapids-based collaborator for the Crafted in Michigan Collaboration Series, we instantly thought of our friends at City Built Brewing Co. Opened in 2017, City Built Brewing Co. is now a staple in the Grand Rapids brewery scene, and has set the bar high with their extensive beer and food repertoire. They believe that beer brings people together, and that craft brewing is for everyone. We couldn’t agree more!

What better way to highlight artisans and crafters from our home state than with beer? That’s the thought behind the Crafted In Michigan Collaboration Series: an extremely limited quarterly release of taproom exclusive beer that aims to bring awareness to local Michigan crafters through partnerships and collaboration. 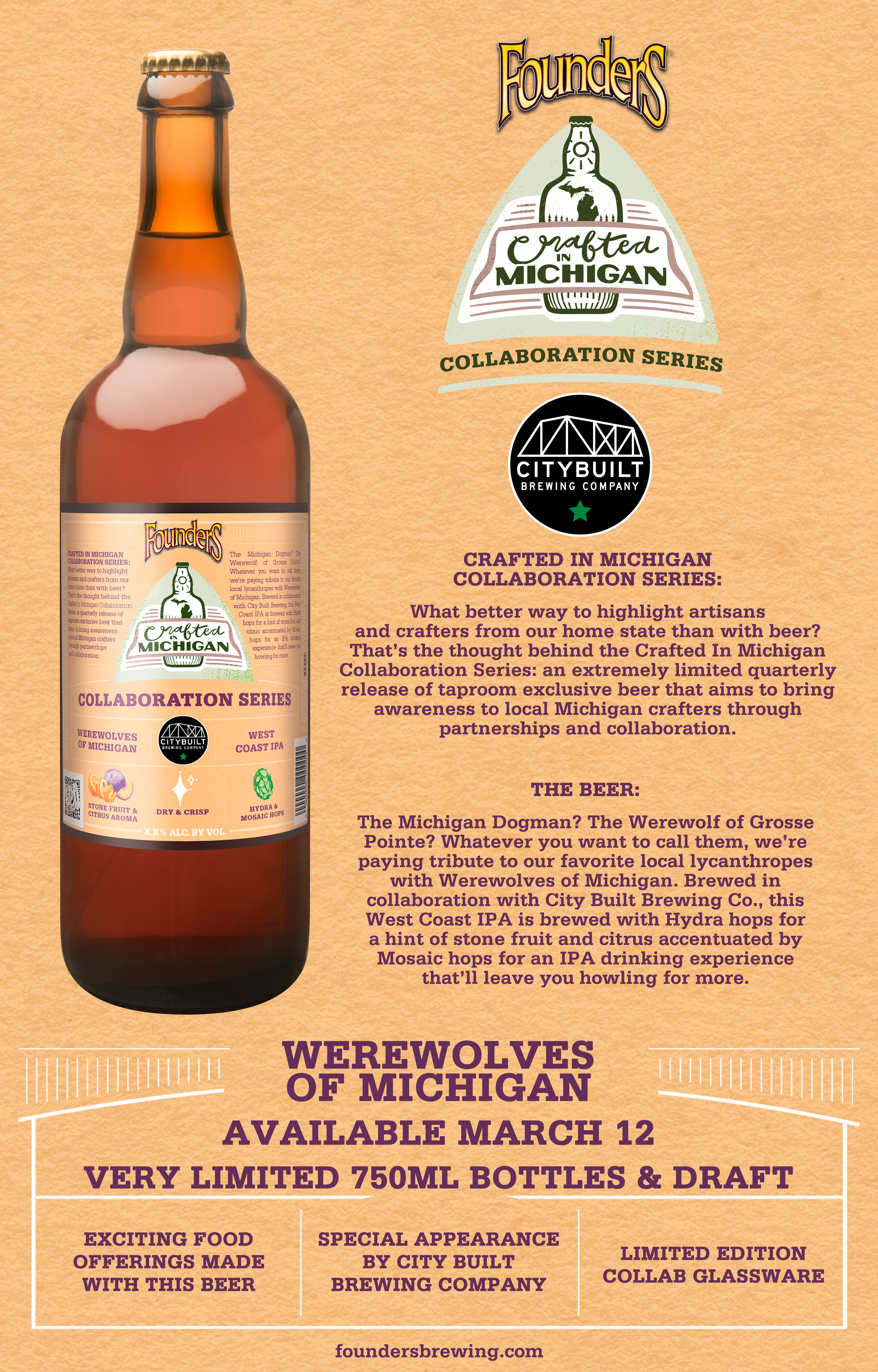