The Coop (Awesome Electrojam from Chicago)

In between electronica, jazz, jam, and rock exists a merging of organic and digital sounds known as The Coop.
The band’s creative mantra – Lost in Thought, Found in Sound – belies a process immersed in purpose but delivered in compulsion by drummer Jake Barinholtz, guitarist/rhythm laptop Danny Biggins, keyboardist Joe Re, and bassist/lead laptop Cason Trager. Formed in Chicago, the group’s synchronization of breakbeat, dub, jazz, and jamband rock culminates in musical bursts like 2011′s LP “Internalize,” and 2012′s EP, “A Fleeting Glimpse.”
Most recently, 2013′s single “Succubus / Loose Chains,” begins with ominous synth lines and tinkling piano, and erupts with guitar and drums and thunderous bass samples that leading blog The Dankles described as “an even dosage of easy going jam and bass fueled electronica.” Live performances operate simultaneously in the realms of DJ’s and live bands; described as “live-glitch-hop aesthetic that runs rampant,” (The Untz) and “a high energy experience perfectly suited to the earliest hours of the morning” (Jambands.com).
The repeated live recreation of the band’s songs has equipped them with the ability to record and produce themselves (both “A Fleeting Glimpse” and “Succubus / Loose Chains” were completely self-produced, with Cason acting as Lead Producer and Danny and Jake as Co-Producers). Acting as musicians, recording engineers, producers, and DJ’s, The Coop resembles a traveling audio house more than an old-fashioned band. Considering they contain all the musical ingredients needed for a self-sufficient creative vehicle,  it’s a wonder what The Coop will move onto next. 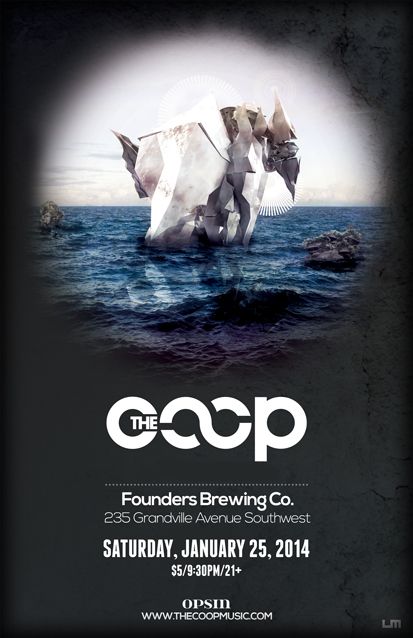 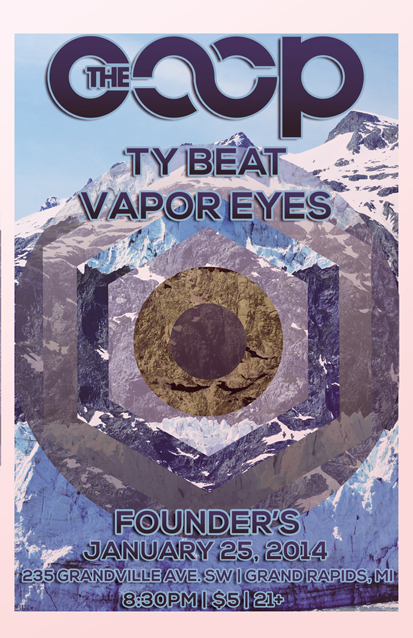