Live music will be making a return for this event with a performance by Oracle on Saturday, January 29 from 9-11:30pm (the taproom will be open until midnight on Saturday for this event). We’ll also have some specialty food offerings to enjoy along with the amazing beers that will be on tap, so gather up your pals and join us for this one-of-a-kind event! 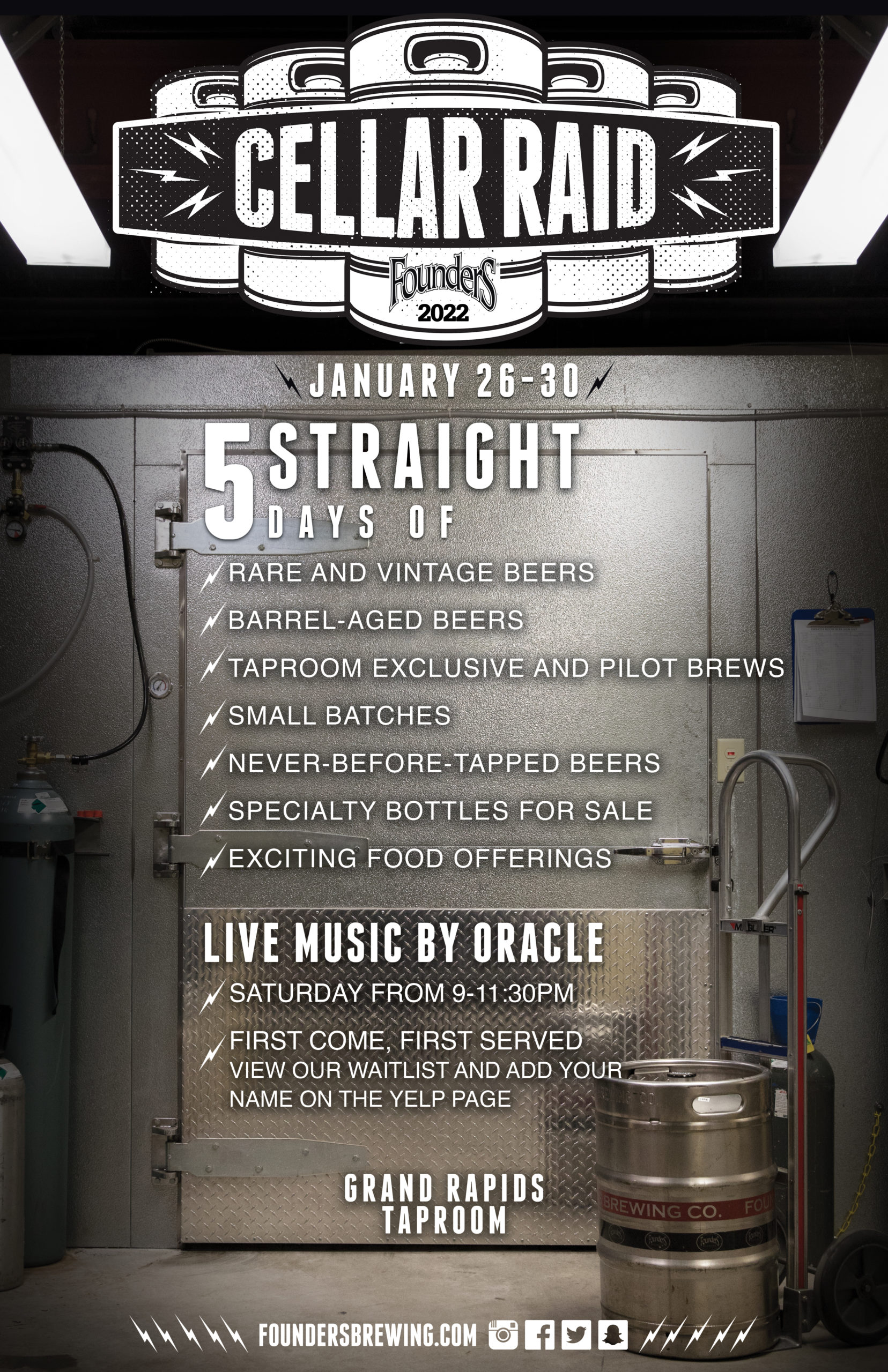