Cellar Raid is back! Join us in our taproom for five days (March 17-21 11am-9pm) of taproom exclusive, small batch, barrel-aged & never-before-tapped beers! This is our chance to debut the experimental beers we’ve been working on and finally bust out some of the kegs we’ve been patiently aging over the past year or so. After this past year, we all deserve a little celebration. We’ll also have some specialty food offerings to enjoy along with the amazing beers that will be on tap.

Covid safety protocols are in effect. Please note you must wear a mask when not seated at your table and keep a 6ft distance from employees and other guests. For a full list of our taproom safety guidelines, head here.

The taplist below shows every offering we will have on tap during the full five days. As for what beers we have planned for each day? Check out the daily taplist here during each day of Cellar Raid. 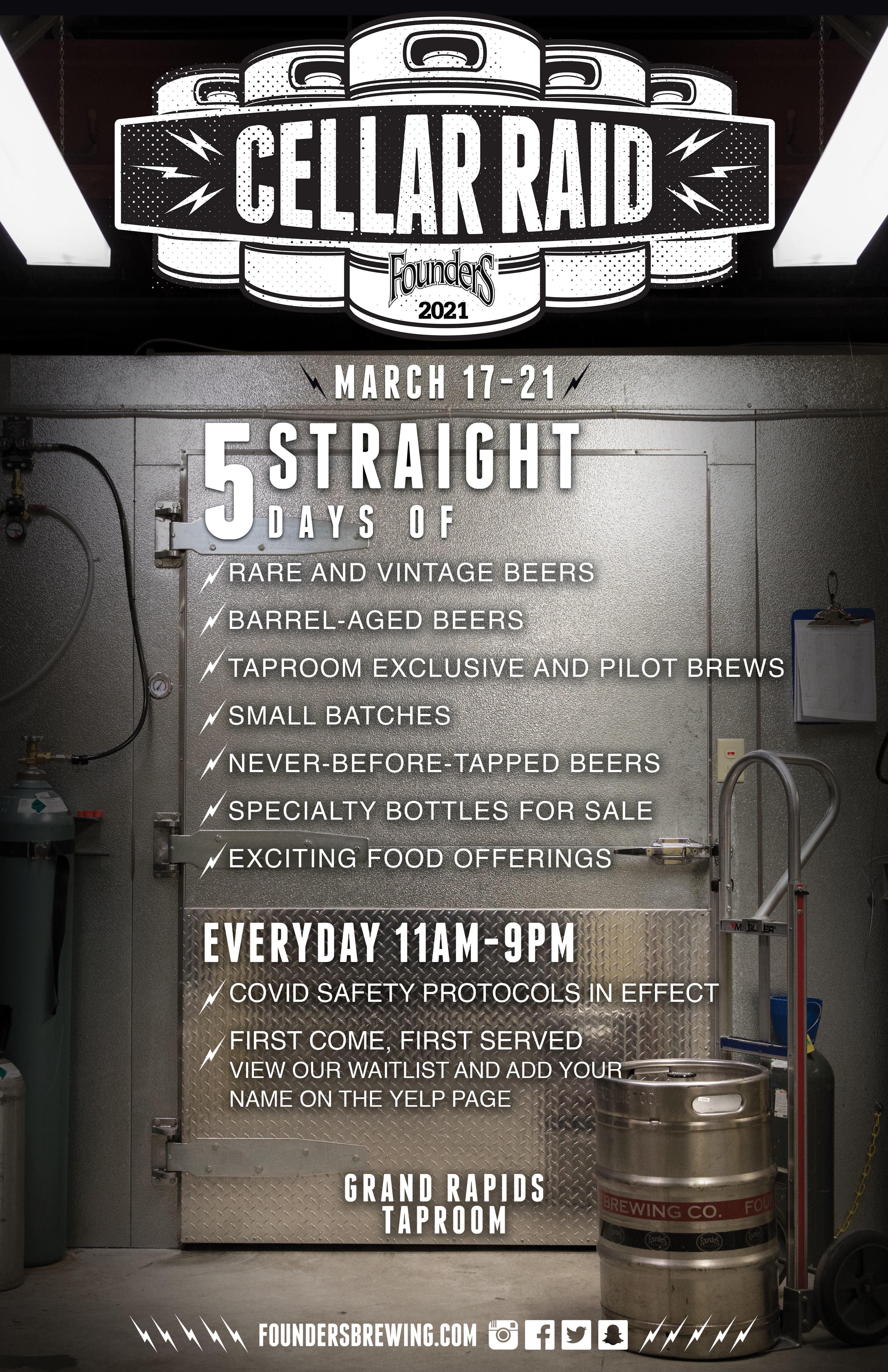