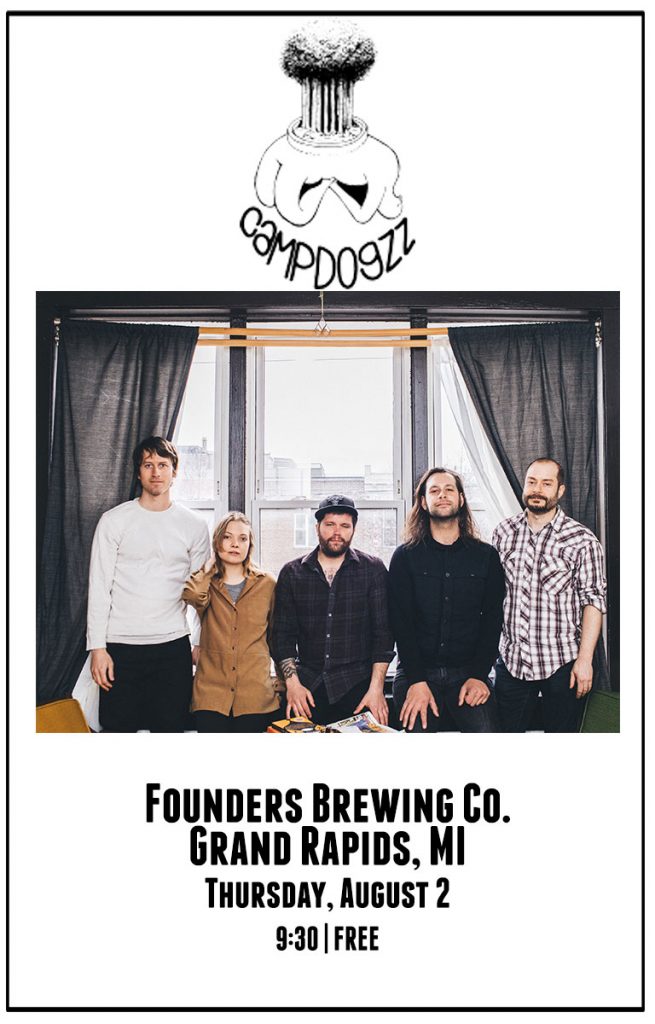 Campdogzz capture the bleak yet spirited heart of the industrial midwest in a five-piece band propelled by driving rhythms, insistent dual guitars set in intriguing arrangements, and the haunting, evocative songs and voice of Tulsa native Jess Price. In a moment, Jess turns a beguiling melody to a darkening storm, rich in portent and meaning.

Campdogzz have earned a devoted following in Chicago and the midwest, with a line-up that has solidified into a potent live band featuring Jess Price (lead vocals, guitar and keyboard); Mike Russell (guitar and backup vocals); Nick Enderle (guitar); Mahmoud Haygood (bass); and Matt Evert (drums). In addition to their own headlining shows and tours (until recently conveyed by a school bus rigged for self-sufficient touring and camping; if you don’t know where to get the best falafel in every American city, you are definitely not a Campdog), the band has opened for Big Thief, Sam Evian, Ohmme, Tim Kasher and others. They were recently seen in the first season of the Netflix series, “Easy,” recorded a popular Audiotree live video session, and self-released “Riders in the Hills of Dying Heaven” in 2015. That early recording has been streamed nearly 2 million times. Now, Campdogzz are poised to come aggravate your blues, bang your head, and remind you where you are on the long road away from home. 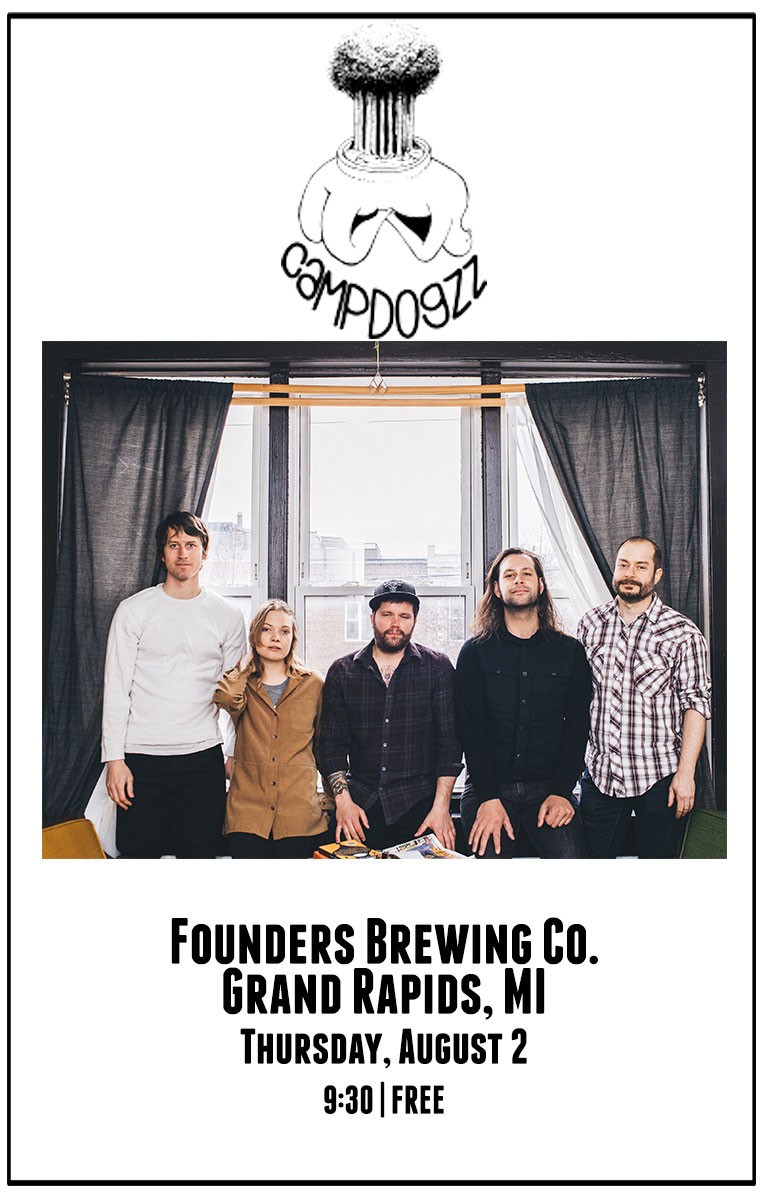