Cabildo is a West Michigan based Alternative Latin Rock collective that delivers a unique blend of rock, folk, cumbia, punk, ska, and Latin-American based music. The “Rock en Español” movement of the 1990’s inspires many of their selections and original music.

Cabildo roughly means “Town Hall” in Spanish. Historically, cabildos were located throughout Latin-America and the Caribbean and doubled as locations where African slaves were permitted to play traditional music. Chants and drum parts were passed on from generation to generation during Spanish colonization and continued to live on through modern music. 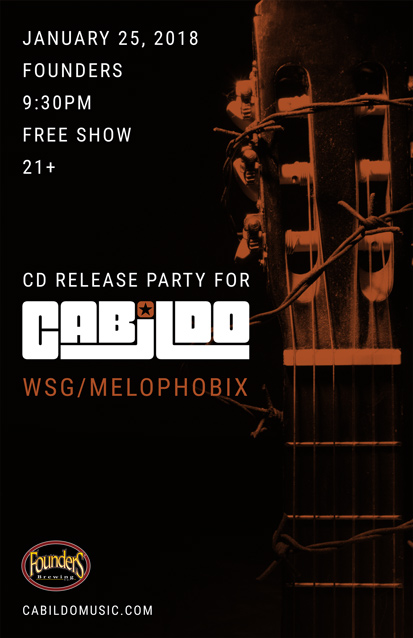