Clarke and the Himselfs (Downtrodden Garage One Man Band from Boise, Idaho)

There are no advance tickets for this show. Just $10 cover at the door. Doors are at 8pm.

At 5pm on Sunday, May 31st, the Taproom & Deli will close to the public. Patrons currently present will have ample time to complete their transactions before vacating the Taproom so the room can be reset for the evening’s show. Our staff will be utilizing this time to remove most of the Taproom tables to create the most comfortable, accommodating viewing and listening experience possible. (The Company Store will remain open for merchandise and to-go beer purchases until 9pm.) After the Taproom closes at 5pm, prospective showgoers can begin to form a line outside the Taproom. Doors for this show are at 8pm, and cover is $10. This is an ages 21 and up show.

*However, we at Founders understand that this is an extremely high profile show for us, and odds are, it is highly unlikely we’ll be able to accommodate everyone who wishes to attend the show, as Taproom capacity is 500 people. Because of the mystique involved (ie “Built to Spill…at Founders??”) and the low price point of the show, we’ve heard accounts of folks traveling long distances just to potentially attend. Unfortunately, it’s simply probable that not everyone who would like to attend will be able to get in. Not only can we not guarantee entry, we can not guarantee re-entry. In the same vein, as one of the world’s top breweries, we have beer fans and tourists visit us from all over the planet, and its important for us to not alienate our fan base, and the loyal folks that put us on the map. It is in an effort to accommodate these folks that we’ll be open-to-the-public from Noon to 5pm, and are not selling advance tickets for the show. Please understand that we will do our absolute best to ensure that this is a positive experience for all those involved.

Twenty years on from first signing to Warner Bros. Records, Built To Spill is set to return in 2015 with its eighth studio album, Untethered Moon. That’s now two complete decades that one of America’s leading “indie rock” bands has happily made its home on a major label, and in the process redefined that clumsy descriptor of independence by operating wholly and consistently under its own steam, taking the proper time to craft timeless songs and playing endless, epic shows to a growing grip of fans each year. Under the command of its constant leader, Doug Martsch, as well as a new rhythm section, Built To Spill’s creative process continues to ebb, flow and evolve in its own orbit, reemerging on record for the first time since 2009’s There Is No Enemy with ten new songs that fit at once into the band’s resonant catalog while infusing fresh energy into that signature sound. 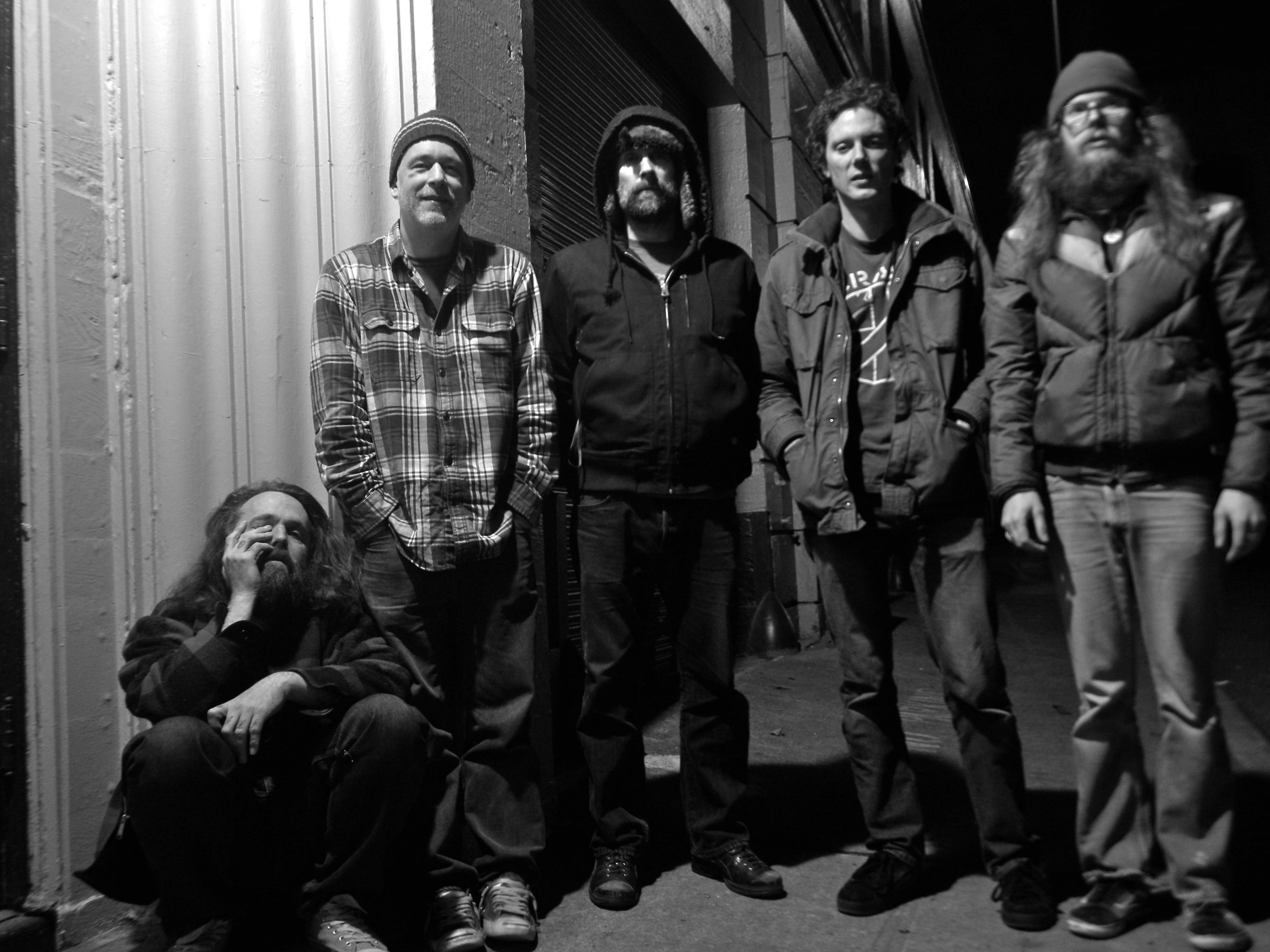 In the summer of 2012, Martsch and his longtime bass player Brett Nelson and drummer Scott Plouf recorded an album’s worth of new songs and then went on tour. Martsch was unsatisfied with his performance on the recordings, feeling that he had had too few “eureka moments” in the studio and planned to tweak his parts after tour. Then, citing tour burnout, Nelson and Plouf quit the band, leaving Martsch to scrap the recordings and essentially start over. Adding longtime musical comrades Jason Albertini on bass and Steve Gere on drums, and along with guitarists Jim Roth and Brett Netson, the new Built To Spill emerged a month after reforming to play more shows in 2013 than any other year in the band’s existence. Energized by the new blood as well as marathon rehearsal sessions, Martsch decided to revisit the recording process as a trio, without the other guitar players. “With fewer people it’s easier to focus and communicate during the songwriting process,” says Martsch. “Also we wanted to make the record a little more stripped-down, a little rawer than our last one.”

Over much of the next year, the band would travel to Portland, Oregon, to record with producer Sam Coomes, the Quasi founder whose keyboard playing appears on several earlier Built To Spill albums. “Working with Sam was awesome. He would come to rehearsals and take notes and record us on various little devices. He had ideas for the songs, structural changes, and things like that, but most importantly, he was enthusiastic. We had rehearsed a ton and were maybe losing perspective a little, so to have someone we admire and trust telling us we were on the right path was huge. He also shared our vision of leaving out shit that’s not necessary.”

Acknowledging the intricate, bombastic drumming from Gere and Albertini’s effortless ability to “keep it in the pocket and move the song along,” Martsch found inspiration and confidence. He completed the songwriting with his usual method of piecing together scraps of guitar and instrumental parts from tapes of jams from previous eras of creation, along with the easy cohesion of the trio on new material, which they had practiced and demoed endlessly before setting foot in the studio.

“When we get together and pick up our instruments, I always believe that something magical is going to happen. And it often does, but it’s a magic that maybe only we can feel, in the moment, and doesn’t necessarily translate to tape or to other people. So we keep messing with it until it feels like real music to us. The songs evolve over a long period of time through trial and error. There’s a lot of ideas that don’t go anywhere, and it’s just a matter of leaving them out and including the things that work.” Whether a call by Coomes to abandon a trumpet in favor of a tripped-out guitar, or a killer drum beat evolving from a simple exercise pattern, or even a coincidentally connected artistic inspiration from Alejandro Jodorowsky, the tarot and a photograph of pets, there was no shortage of eureka moments during the making of Untethered Moon.

The album begins with the hard-hitting trio of “All Our Songs,” “Living Zoo,” and “On the Way,” songs that are as complex and compelling as anything on previous Built To Spill outings. Ripping solos, warm tones, vague and familiar Martsch themes of subconscious connection, human commonality and memory, Neil Young influences—it’s all there. “Never Be The Same” is a song from Martsch’s past, redone and encouraged by Coomes, while “C.R.E.B.” is a meditation on the scientific process of forgetting. The album ends with the eight-minute standout “When I’m Blind,” with solos echoing in and out of a drum-tight jam held down to perfection by the new guys. All in all, it’s the unmistakable sound of Built To Spill, but with a new energy that hearkens back to Martsch’s beginnings all those years ago in Twin Falls, Idaho.

Two decades on a major label and even more as a successful musician, the fire and focus haven’t changed for Martsch in the least. “We like making music and that’s why we do this. Of course if everyone else hates this record, we’ll be bummed. We are trying to make music that people will enjoy.” 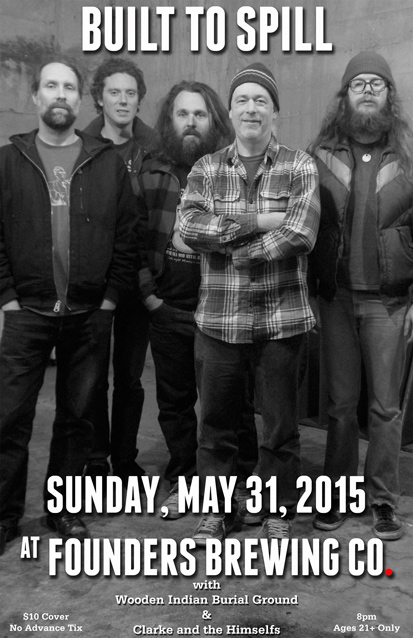