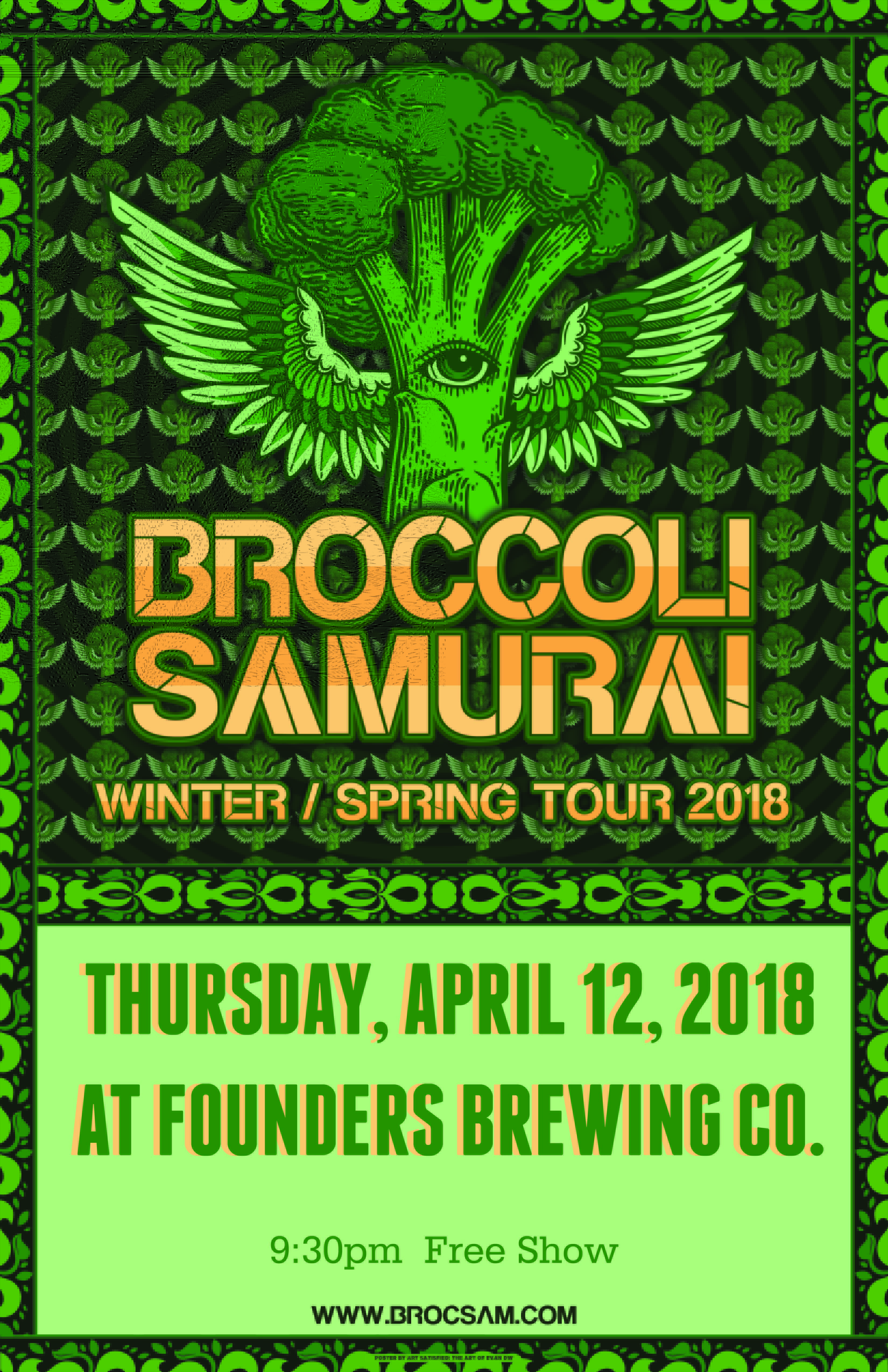 Since forming in Cleveland, OH in 2010, Broccoli Samurai has taken the club and festival scene by storm. Broccoli Samurai has sculpted a unique blend of their own sound making something fresh in the scene. The band has been thrilling audiences across the nation winning them a massive and fiercely loyal fan base with their synth-laden progressive electronica sound fused with soulful hints of funk and jazz. Eager fans pack dance floors and festival sets, waiting to get lost in the band’s ambient soundscapes, anticipating every note that will force them to move with reckless abandon.

The band has played countless festivals such as Electric Forest, Peach Music Festival, Catskill Chill, Aura, Hullaween, Euphoria, The Werk Out, Floyd Fest, BIG What?!, Domefest, The Mad Tea Party Jam, SummerDance, Disc Jam, Night Lights along with many other amazing festivals across the nation. Broccoli Samurai has supported and toured with Dopapod, Papadosio, Lotus, Conspirator, EOTO, The Werks, Ozric Tentacles, BoomBOX, Big Gigantic, Pigeons Playing Ping Pong, Aqueous, TAUK, Twiddle, The New Deal, Perpetual Groove along with many other amazing national, regional and local acts. Broccoli Samurai’s extensive tour schedule has them playing high profile venues and major cities regularly. Make sure to not miss a show and stay connected to Broccoli Samurai by using our iPhone and Android app, following us on Facebook and on Bandsintown as they are sure to be coming to a city near you soon!