Questions bring art to life. Songs can still ponder socio-political issues, the fragility and isolation of the human condition, and what lies ahead for earth. Moreover, music possesses the potential and gravitas to incite change, while reflecting the world’s faults and follies. The Bright Light Social Hour contemplate a “Future South” on their second full-length album, Space Is Still the Place [Frenchkiss Records]. The Austin artists—Curtis Roush [guitar, vocals, synths], Jack O’Brien [bass, vocals, synths], Joseph Mirasole [drums, synths]—offer a different interpretation of the space around them throughout ten thematically connected songs. They tackle a myriad of issues head on during tracks such as “Ghost Dance” and “Ouroboros,” while “Infinite Cities” contemplates loneliness and “Escape Velocity” subtly hints at a orgiastic ending. The album will pose a few questions, but you may leave with an answer or two as well. 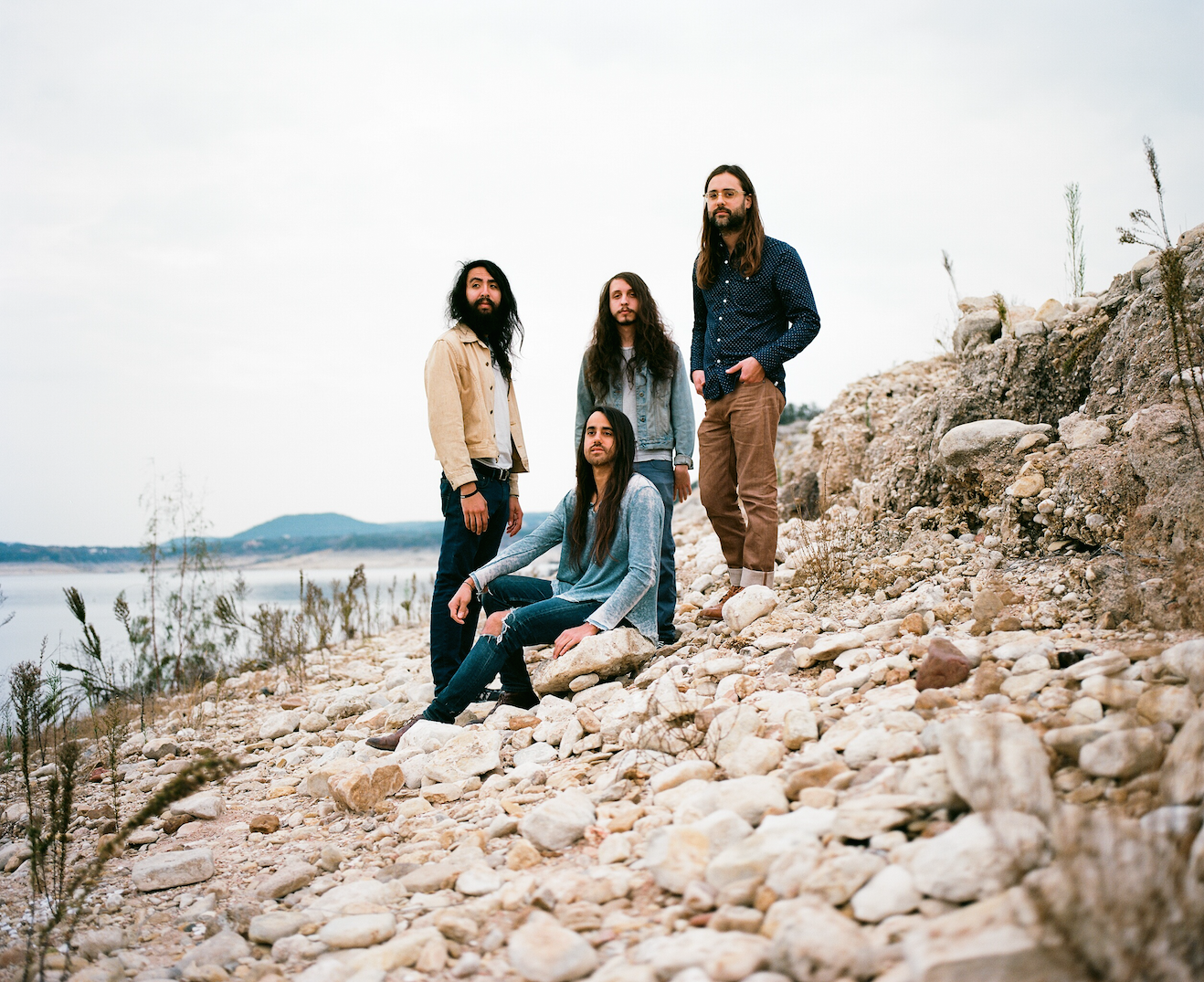 The Bright Light Social Hour convened while Curtis and Jack attended graduate school at the University of Texas in Austin. They released their self-titled debut in 2010 and scored six awards at SXSW 2011 Austin Music Awards. Throughout nearly three years on the road, they experienced the ins and outs of America, and that voyage ignited a perspective shift. “The new album’s themes and inspirations came from touring, particularly the southern part of the country,” explains Jack. “We couldn’t afford to stay in hotels most nights so we were staying with a lot of people. We got to see how average young Americans lived. We felt a lot of struggle.”

“It was shocking,” adds Curtis. “We realized how few individuals were working jobs they felt self-actualized by to some extent. They’re pedaling for survival. Our generation has grown up in continuous financial crises, a lot of unemployment, a lack of opportunity, widening inequality, and pervasive issues of race, gender, and class. We’re taking a lens to some of these gritty realities and espousing an optimistic, frontier-looking gaze into the future.” Theirs is not just a thematic progression though. Traversing the country and cranking tunes in the van, the collective musical palette expanded, embracing influences as diverse as deep house icon Frankie Knuckles, dance renegades Disclosure, Motown legends like Marvin Gaye, and Detroit Afro-rock revolutionaries Black Merda. Everything siphoned into the vision behind Space Is Still the Place. Building a studio in their Austin home, the boys began their musical journey in early 2013.

“We’re all ostensibly southerners,” Curtis continues. “The South has great food, a relaxed pace, and sweet, well-mannered folk. However, a lot of issues aren’t going away. ‘Future South’ is both an aesthetic and political statement. We’re taking forms and influences from soul, blues, and gritty southern music and ushering them forward. ‘Future South’ evinces the south can be a vibrant egalitarian place. You can love barbecue and not be racist.”

“The dichotomy exists musically,” says Jack. “Some songs mirror these harsh truths with guitars and blues energy. Meanwhile, the dreamier electronic-influenced moments are about escaping those dark realities and going to a place symbolized by space.” Opener “Sweet Madelene,” which Curtis dubs “the most southern rock of the bunch,” tempers guitars thick enough to rustle tumbleweed with a bombastic beat and emotive, soulful vocals.

“Slipstream” could be considered “a death train for the ego,” acting as a clarion call to let go of isolation and join the communal struggle under a haze of hypnotic delay and haunting textures. The ethereal “Dreamlove” blasts off on a synth swell, conjuring the image of what Jack likes to describe as “waking up in a hospital on a spaceship.”

The propulsive bass riff of “Ghost Dance” augments its magnetic pull. “At this point, the record trajectory breaks out of the atmosphere and moves into the stratosphere,” Jack goes on. “It’s a call to the community. We want to encourage using the power of togetherness to effect change.”

Their version of a love song is the dreamy and strangely danceable “Sea of the Edge,” painting a lunar portrait that’s infectious and inviting. After the pensive and potent “Aperture”, “Ouroboros” directly compares those stuck in that cycle of banality to the mythical snake who eats its own tail over buzzing guitars.

The album’s first release “Infinite Cities” coasts ahead on a driving beat before building into one of its sweetest refrains. Accompanied by a transfixing video, it bristles with a bright energy. “Now, we’ve been away from our families and the ones we love so much—literally gone on the road and figuratively away in Austin while making the album,” states Curtis. “We still found a sense of hope in that distance, becoming closer and reimagining what community is. It’s like finding a way home no matter where you are.”

“The Moon” and “Escape Velocity” provide a subtly hopeful dénouement, leaving listeners with breathy optimism. Jacks reveals, “You wake up from that dream, realizing humanity may end someday, but you still have to work toward progress anyway.”

Ultimately, The Bright Light Social Hour will unite people. “We’re all together, but we have a lot of individual power,” concludes Jack. “We want every listener in the audience to have his or her own experience—but together.”

Jo leaves off, “As far as the south goes, it can be a place that exists and participates in the future. I’d love to see more southern bands think about the future. They respect the past so much. At one point, those classic artists forged new paths, but we’re treading the same paths they did fifty years ago. Musical generations passed by and respected their elders so much they forgot to kill them.”

Space Is Still the Place will be released by Frenchkiss Records on March 10, 2015. 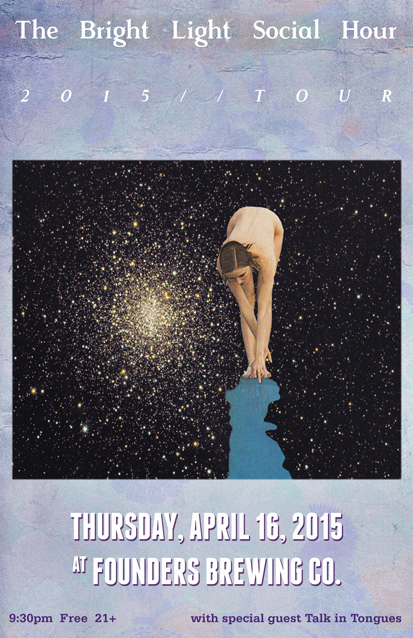