Bones, jug, xylophone, kazoos, resonator guitar, banjo, upright bass, trap kit, horns, and all sorts of other noise makers. These are just some of the instruments Bones Jugs use to conjure up their eclectic acoustic sound. The group began in December 2012 with the vision of being a popup party on street corners, at farmers markets, in living rooms (and kitchens!), or amplified in a club. A jugband of the 21st century, with four synchronized one man bands woven together in a tapestry of delight. And the cherry on top? high speed, virtuosic, xylophoning. They began learning 1920’s xylophone rags and arranging classic (and not so classic) Americana songs. After just a few public appearances it became clear that the group was too fun to be a side project. Listeners wanted to dance, sing, and laugh along as long as the tunes kept coming. The band could not resist. 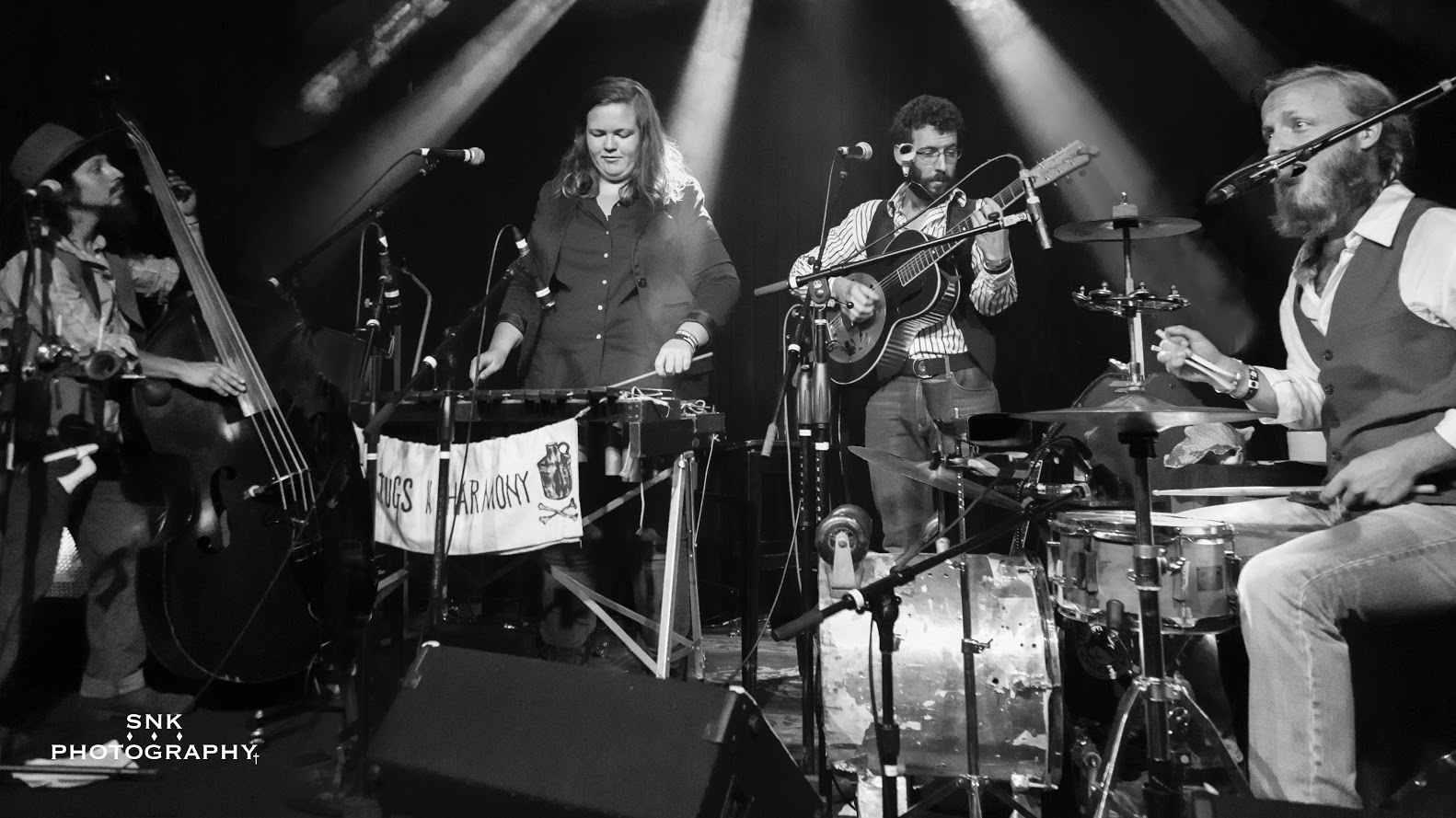 In August 2013, Team Bones Jugs voraciously began to write and rehearse songs. New material poured out, fueling early mornings and late nights, writing and laughing, conjuring up ideas and bouncing them around. Now, under their belt is a varied mixture of originals and covers, a full length album, Party’s in the Kitchen, and more than 150 live performances. The four members of Bones Jugs have all paved unique musical paths. Cody and Meagan both studied percussion performance at the University level where they built up their understanding and skills for performing a diverse collection of musical styles. Besides full immersion in the classical performance world, they both worked hard at learning other styles. Cody’s writing style stems from his extensive study of percussion traditions from around the world. His playing, whether on drums, xylophone, banjo, bones or any other instrument within arm’s reach, displays this array of influences along with a pristine control of time and feel. Meagan cut her teeth (mallets…) playing xylophone rags for hours a day in the subways and
streets of New York City. JP Goguen and Charlie Harris have had less formal musical training, learning recreationally and in social settings. JP has spent countless hours learning the guitar stylings of Mississippi John Hurt as well as honing a flurry of other sonic talents. Whether it’s the quack of one of his banjos, his rolling fingerstyle guitar, buzzing on the jug or one of the many whistles from his arsenal, there is some sort of unexpected flair for every turn. Charlie has fully embraced the Americana tradition of hanging out on porches, calling some friends over and picking and grinning till the cows come home. This combined with his vocal stylings, crafted over years of seat concessions, yelling “Hot Dogs! PEANUTS!! Cracker Jacks!” at the top of his lungs at Wrigley Field, makes for his unique songwriting and musical perspective. The whole Bones Jugs team thrives on utilizing their individual strengths and interests to create something greater than the sum of their parts.

It’s not world music nor folk music. It’s not rock, blues, bluegrass, country nor jazz. It’s not anything in particular. So, what is Bones Jugs? It’s Frank Zappa meets Spike Jones, it’s Looney Tunes meets Nintendo. It’s seriously
silly. It’s a party. It’s for dancing, for listening, for enjoying. It’s for adults. It’s for kids. It’s for everyone. Bones Jugs believes music should bring joy, and they work hard to put this in every song. From the first note till the end they strive to send their joyful sound into the ears where it will quickly saturate the entire body. It’s a frenzy of frivolity, a marvel of merriment. In short, it’s just loads of fun. 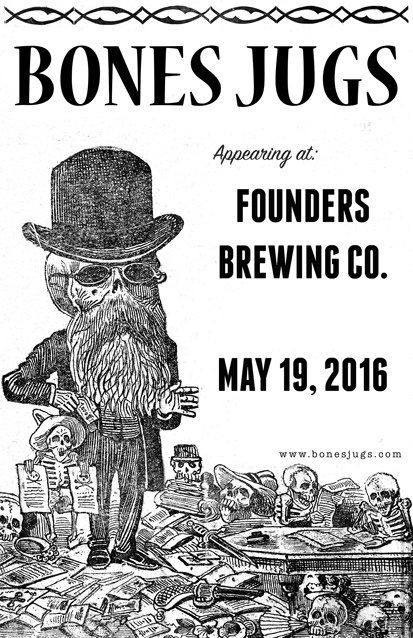