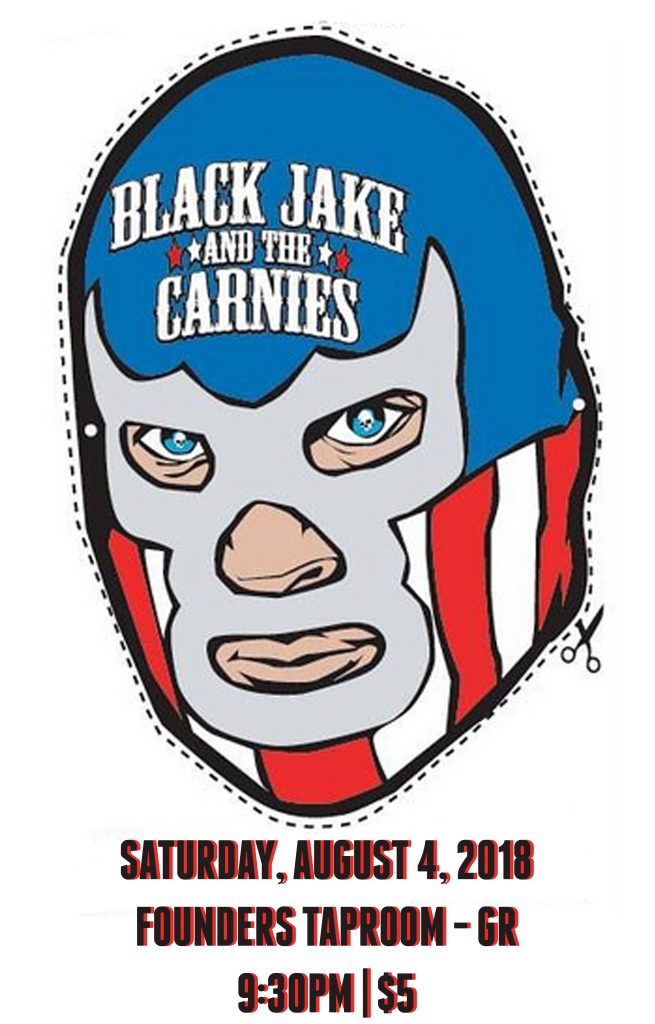 The band, comprised of Black Jake (banjo, vocals, songwriting, kick drum, tambourine), JJ (fiddle), KK (guitar), Ozzie (bass), Wally (percussion), and Chelz Bellz (accordion, stage monkey), are six hard-working mortals from S/E Michigan who wallow in the imagery of sideshows and carnivals. “When you grow up in a small town, you have hair down your back and everyone’s a redneck, you get called a freak a lot,” Jake told Detroit’s Metro Times in 2011. “So I get attracted to the outcasts, the freaks, being somebody who’s on display.”

He’s not wrong. When Black Jake & the Carnies played a prison show in Belgium as part of the Belgium/Netherlands/Germany tour in 2011, the touring company said that they were the only band they’d ever seen who got the prisoners to jump up out of their seats and dance. And everybody knows how hard convicts are to please.

Since the band’s formation, it has played with artists and groups as varied and prestigious as Split Lip Rayfield, Joe Buck, Tommy Ramone, Jayke Orvitz, Langhorn Slim, Greensky Bluegrass, Frontier Ruckus, the Real McKenzies, Slim Cessna’s Auto Club, O’Death, and the Meatmen. In addition, the band has performed at respected festivals and events like Theatre Bizarre, the Beaver Island Music Fest (three times), Muddy Roots, and the Wheatland Music Fest (twice). The Theatre Bizarre appearance in 2010 also represents the biggest crowd that the band has played to, coming in at 2500. “Theatre Bizarre was closed down that year, so they moved it to the Fillmore on 36 hours-notice,” says the band. “We ended up closing out the night on the big stage, and finished up playing with a stage full of people (including the Detroit Party Marching Band, lots of side show folks and burlesque dancers).”

Allmusic said that, “While the band’s music, a combination of Jake’s smartly penned originals along with the odd ’80s pop cover, certainly stands on its own, Black Jake & the Carnies’ stage performances combine audience-participation carnival games, periodic spinning of a wheel of fortune/misfortune, some pretty outrageous costumes, and enough raw energy to jump-start a Volkswagen. Jake’s banjo is even adorned with colored blinking lights. Yes, this is a band that knows how to have a good time and has fun doing so.”

Greg Molitor of Music Marauders said, “The bluegrass/folk/insanity theme works really well for these Carnies! Black Jake and Carnies was hands down the most energetic, wild, and flat-out enjoyable set of the entire weekend. I was a skeptic at first, but as soon as I saw the first Carnie jump from a 10 ft. speaker to the stage WITH HIS INSTRUMENT, I was sold. Sign me up for the next circus please!?”

Jeff Milo of iSPY Magazine said, “All the Carnies cut rugs like pure bottled lightning, they don’t play so much as they gracefully pummel, they pinball, even, from song # 1 to song #13 ½ …or however long their sweaty sets go. Set aside their eclectic music, the Carnies’ blend spindly bluegrass and honky-tonk croons to some psychobilly-bent for punk-spat pirouetting; swampy yet sophisticated, old timey like a jukebox’s warble but warped and shoved and shunted with a rock n’ roll romp.” 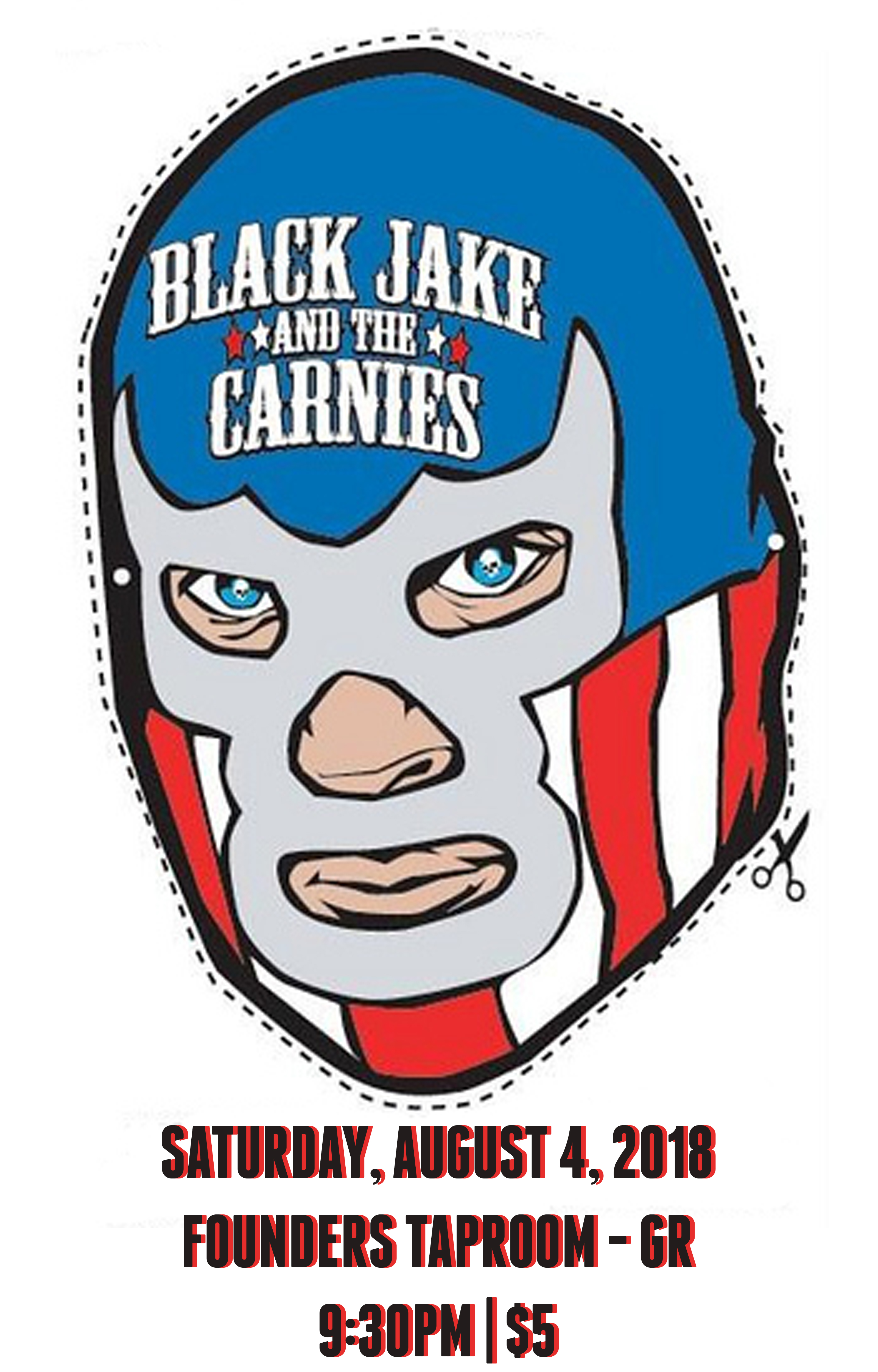