Black Jake and the Carnies

The idea for Black Jake and the Carnies came to Jake in 1999, when he had an ecstatic vision of a band playing fast-paced music on traditional instruments, full of entertaining gimmicks, props, and crowd interaction,” says the band. “The original incarnation of the band started in 2002, and played one disastrous Halloween Show before breaking up. Jake kept the vision alive and kept writing songs over the next four years until one day in 2006 he decided to get a band back together. A few guys who knew some guys down the street eventually turned into a new Black Jake & the Carnies overnight.  Through various line-up changes over the years, they’ve continued to deliver Jake’s vision to the delight of unsuspecting audiences in both the U.S. and Europe. 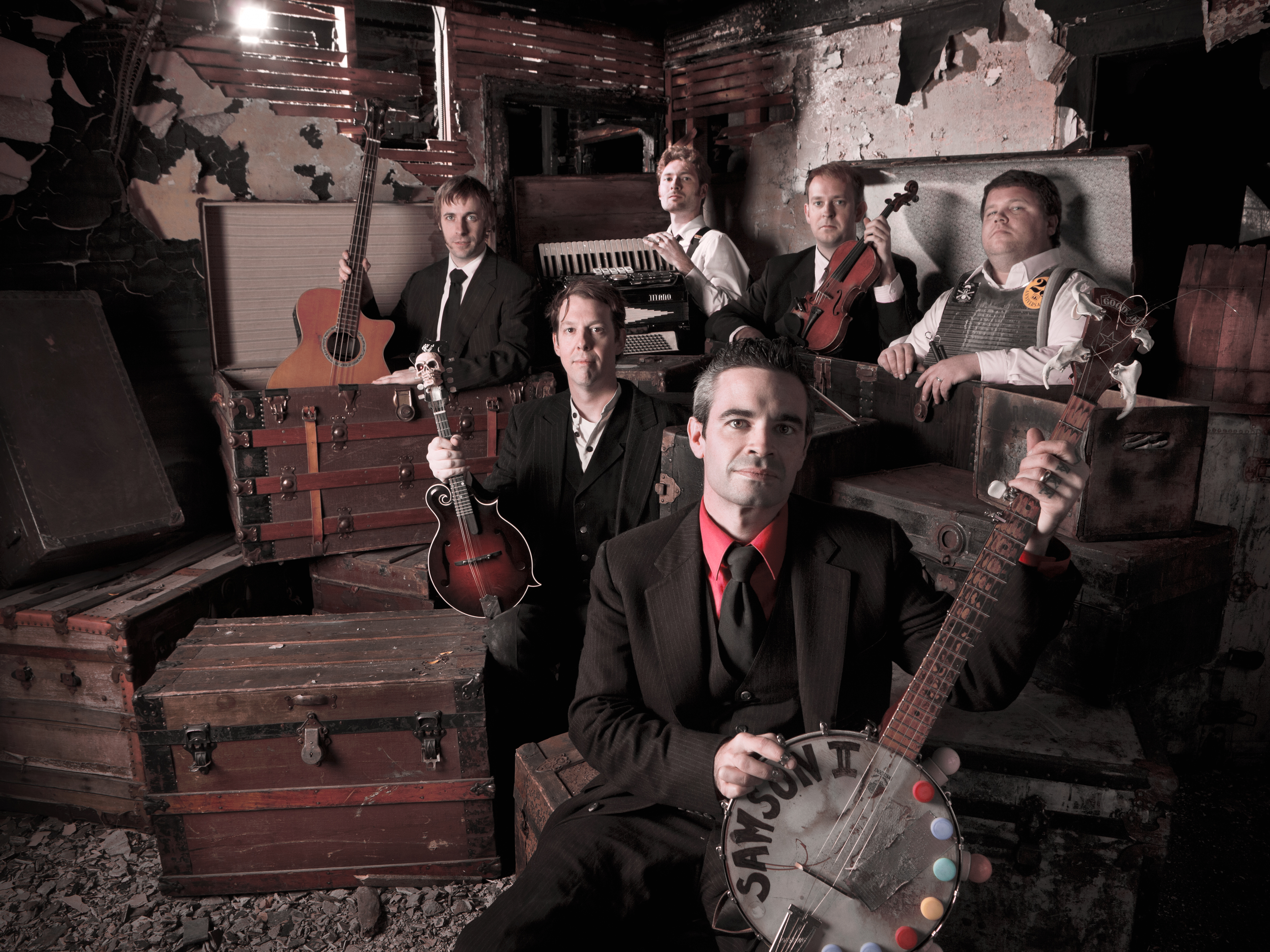 The band, comprised of Black Jake (banjo, vocals, songwriting, tambo-snare pedals), Scotty Karate (“Honkey-Tonk-Machine” — drums, lap steel, mandolin, vocals), KK (guitar, vocals), and Ozzie Andrews (upright bass, banjo bass, sousaphone), are four hard-working men from Washtenaw County, Michigan who wallow in the imagery of sideshows and carnivals. “When you grow up in a small town, you have hair down your back and everyone’s a redneck, you get called a freak a lot,” Jake told Detroit’s Metro Times in 2011. “So I get attracted to the outcasts, the freaks, being somebody who’s on display.” 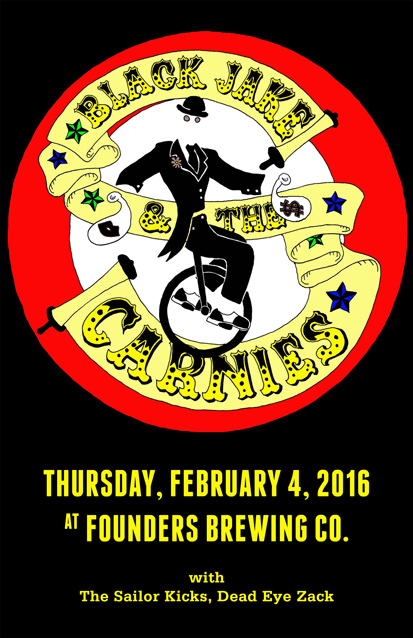