Bassel & The Supernaturals combines neo-soul and funk with captivating lyrics about love, loss, and a war in Syria that has affected Bassel Almadani’s family along with 10,000,000 others.

The soulful Syrian-American vocalist and his ensemble raised over $11,000 during the preorder campaign for their full-length album, Elements (2017), with over $3,000 in donations for humanitarian aid in Syria. Their album was premiered by Noisey (Vice) and led to their involvement in the nationally-acclaimed SXSW showcase ContraBanned: #MusicUnites featuring artists from the diaspora of the countries targeted by the travel ban. They’ve since been featured on PRI, Al Jazeera, Reuters, Paste Magazine, Huffington Post, NowThis, and many others. In addition to performing in clubs and festivals across the nation, Bassel partners with universities and charity organizations nationwide to host seminars, workshops, and benefit concerts drawing attention to the crisis in Syria. 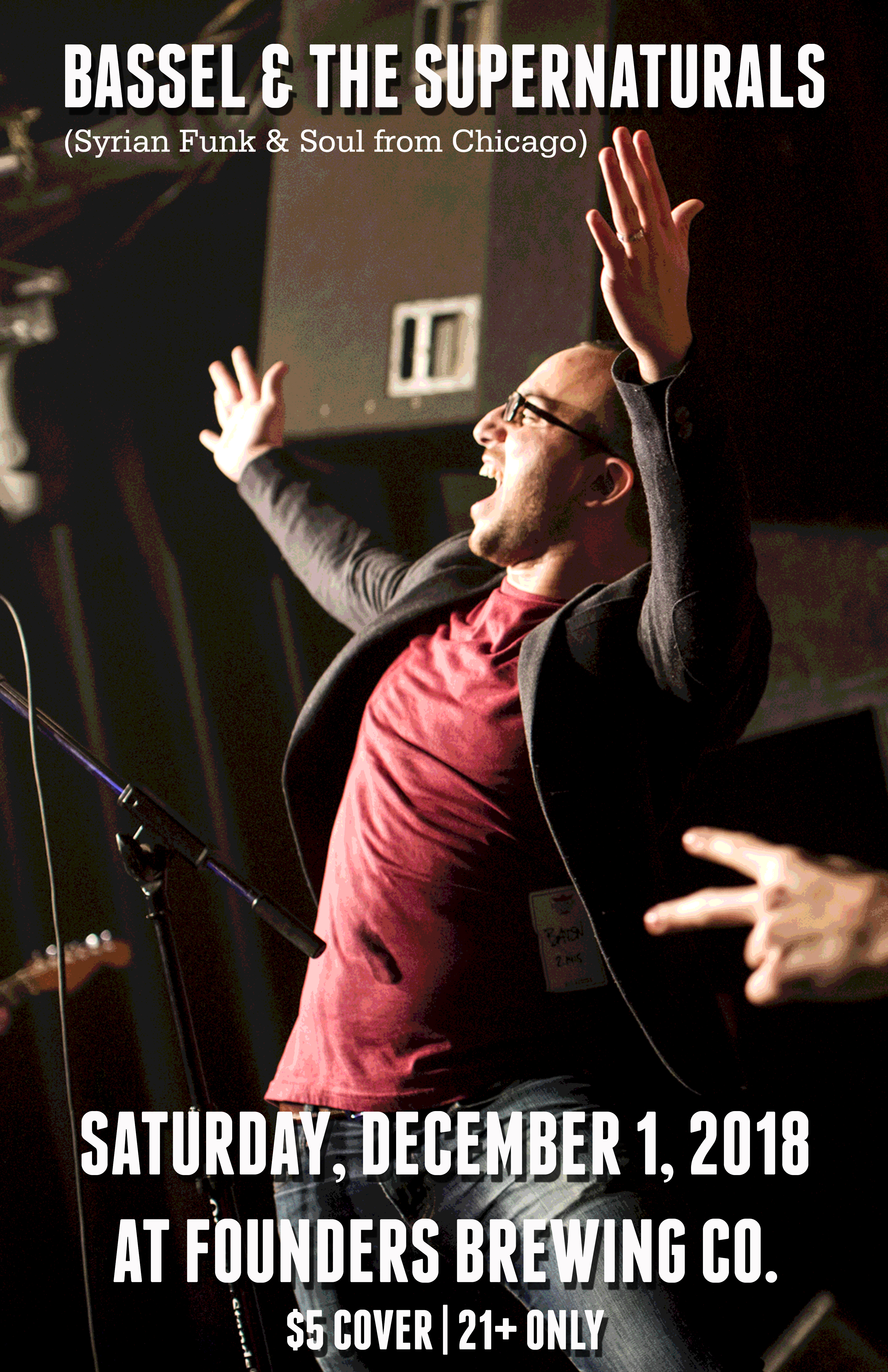