The room is dark, as feet shuffle and people slowly mill about the open space in front of the barely-lit stage. The hiss as beer cans are cracked open mixes in with the swilling of whiskey and the dropping of ice in glasses and throwaway cups. It’s a lively, talkative crowd that starts moving closer and closer to the stage as the room lights dim and the stage lights come on. All of a sudden, the simple, lightly-strummed chords of “Coward’s Son” echo over that intimate room, and as Martin Earley’s vocals come into play, the melody continues to build, adding layer after layer. The low end of Calin Peters’ cello adds a haunting, echoing rhythm to the bright chime of Earley’s guitar part, while the accents of cymbal hits, djembe, and floor tom from Devin Mauch introduce the heartbeat of the group, their soaring three-part harmonies, with a bang. As the song grows, the band transforms from a folk three-piece in a small room into an arena-filling orchestra of soul, spilling their raw emotions into every microphone and corner. Audiotree said of the performance, “Three unique voices separate and intertwine to emit one call, channeling sounds from the Delta and bits of old Gospel guises and transcends this Boston trio’s urban roots.” 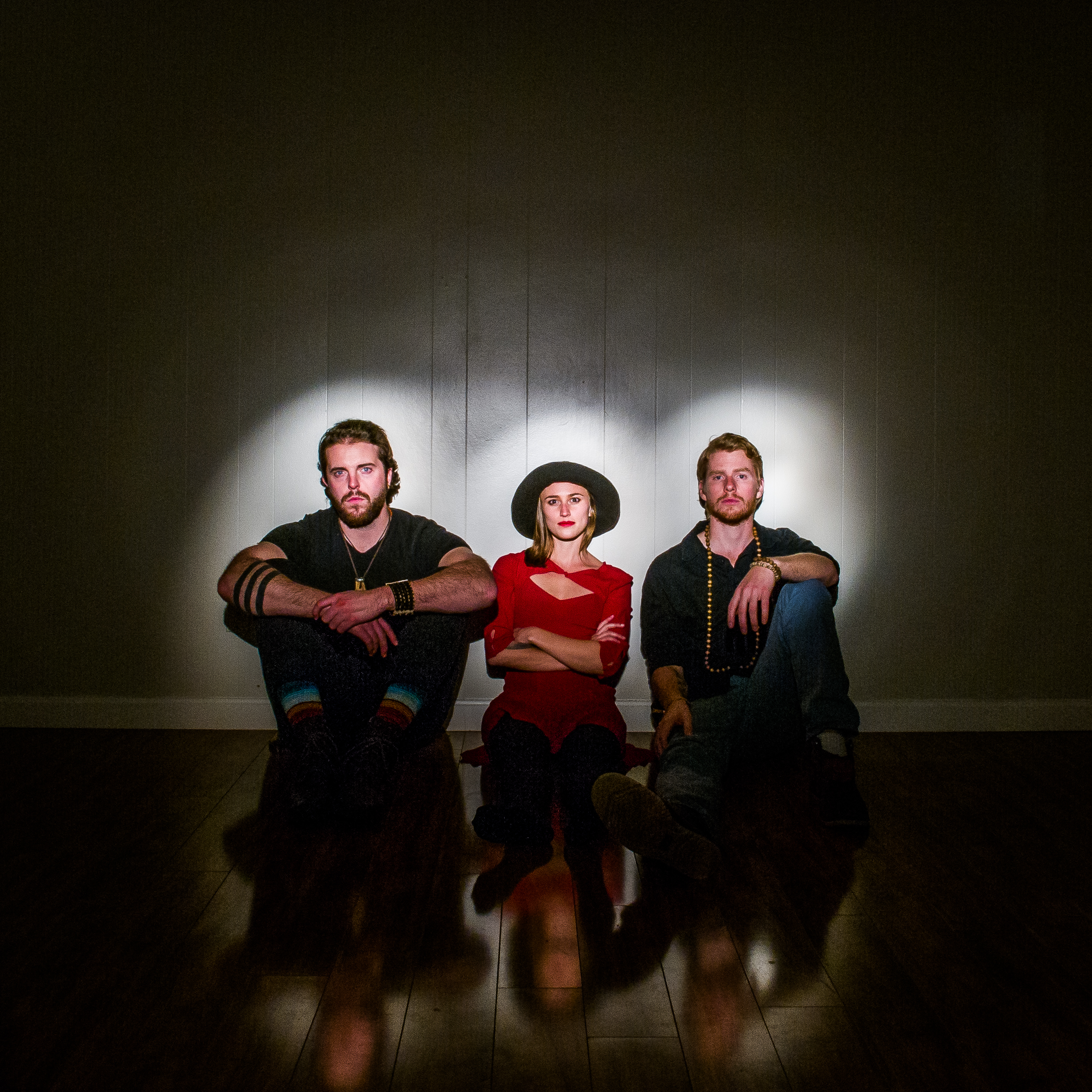 Truly a high-energy rock trio performing under the guise of well-crafted, emotionally sincere folk, the Thieves have released two well-received EPs since getting their start three years ago. With a strong presence in the Boston area and New England, they have received press from local blog luminaries such as Allston Pudding, who said of the Thieves live performance, “The intensity and passion The Ballroom Thieves had for the songs they delivered- it was hard to believe it was just three of them.” The Thieves have begun to branch out from New England, touring around the country with well-known stalwarts such as The Lone Bellow, Dispatch, Railroad Earth and Houndmouth, among others.

Their first EP, The Devil and the Deep, placed a heavy emphasis on experimentation and finding the identity of the band’s sound. Tracks range from uptempo rock beats (“Loose Lips,” “Vampires”), to slower, more soulful tunes (“Save Me,” “Delia”). “Wait for the Water” is is a homey, folk classic in the making, with a slow single-guitar buildup making way for a boot-stomping finale, complete with banjos and those trademark soaring three-part harmonies.

On their follow up, self-titled EP, the Thieves showcase a much more coherent sound, reflecting a much grittier, frenetic energy that could easily be mistaken for a whiskey-filled revival tent setting. The stomp of opening track, “Down By the River” reflects this intent to make a record that best captures their live performances. While “Armada” and “Droves” still reflect this intent, the slower dynamic of “Coward’s Son” provides a haunting contrast to the other three swampier, low-end-driven drinking songs. With deeply personal lyrics and a gradual, lit-fuse-like build, Earley showcases his ability to work in the context of an established genre and make it his own. The sound of the Thieves is one of an impassioned brand of folk music that combines deft instrumentation and expressive lyricism with an emotionality that seems to be missing in lots of folk music today. In a recent interview with Grateful Web, the Thieves said of their new EP, “we made a conscious choice of including songs that hit hard. We think our show is a lively mix of upbeat songs and slower, more introspective tunes, so these four songs are meant to give the listener a good idea of what to expect when he or she makes it to a Ballroom Thieves show.” -Adam Parshall