Douglas Brown (R & B and Motown)

Mix the Hot Club of Paris with the sweaty soul of Dixieland, a couple blades of bluegrass, a pinch of ragtime beat, and a western swinging swagger and you’ve just conjured the sound of The Appleseed Collective. Over the past few years, the band has put the pedal to the metal touring the country in support of their 2012 release, Baby to Beast.

A showcase of the eclectic mix of writing styles, Beast feels youthful–voices calling out to you, the group blossoming around each piece. “The blends of swing, bluegrass, Dixieland ditties and alluring gypsy-folk whirls – is something close to a transcendent listen … you’re there, on some dirt road, being led on by these songs,” raves Jeff Milo of iSpy Magazine.

Formed in 2010, The Appleseed Collective has become a force of nature driven by their local community and developed by a strong sense of do-it-yourself drive. In an age of corporations and climate change, the band’s commitment to buying & selling local, eating from gardens, and being their own bosses has led to the kind of success that feels simply organic.

Everybody brings something fresh to the table. Upon returning from a trip to New Orleans, guitarist Andrew Brown had a song in his heart that just wouldn’t quit–when a chance meeting introduced him to Brandon Smith, violinist and improvisation enthusiast, Andrew knew he’d found the Stephane Grapelli to his Django Reinhardt. Vince Russo, percussionist and van-packing expert, speaks freely and cleverly with each clack of the washboard or ding of the short-order cook’s bell. Katie Lee brings a vocal range that is a force to be reckoned with. It’s angelic one moment and powerhouse the next, all complemented by twinkling banjo melodies. And the addition of double bassist Ben Rolston to the mix delivers a level of musicality and jazz sophistication that sends hearts a-flutter.

The Appleseed Collective returned to the studio in May, and is anticipating the release of a new album this winter. “Young Love” will feature songs written by Brown, Lee, and Smith, as is true to the band’s collective nature. The album was tracked almost entirely live, a testament to how the group has developed as a unit. Like a vintage merlot, the songwriting on “Young Love” has developed stronger, deeper flavors–the feeling of being truly alone is coupled with the understanding that there is no perfect love; the idea that opposites attract is enhanced by the feeling of being so overwhelmingly happy you become sad. Listeners learn that there is no genre boundary that cannot be crossed, that acoustic instruments are not restrictive, but instead capable of speaking every language. Learning to work together is almost as important as learning the feeling of being torn apart as the band pushes and pulls, stretches and compacts into every space created by the diverse song structures. From Andrews Sisters’-esque harmonies to rapid bluegrass changes to bossa nova-turned-psychedelia, “Young Love” is the exploration of old souls stuck in young bodies, each yearning to share some kind of felt experience. 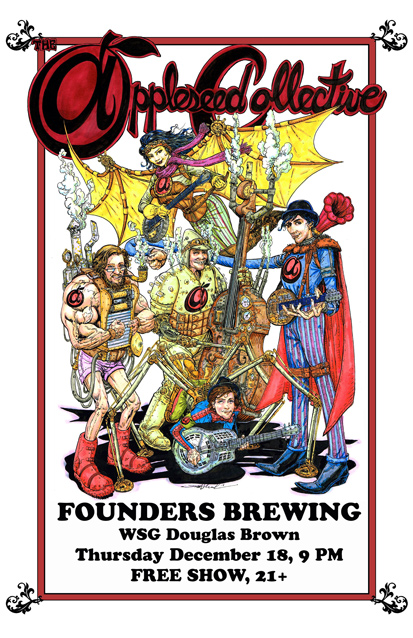 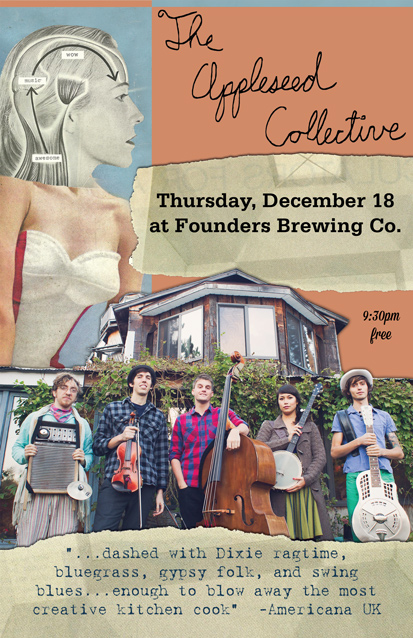