*No advance tickets for this one. Just $10 cover at the door, day-of-show only.

The musical collective known as Antibalas (Spanish for bullet-proof or anti-bullets) was conceived of in Mexico City and formed in Brooklyn New York. The early nucleus of the group was composed of the band’s founder Martín Perna and later included several other members (Gabriel Roth, Michael Wagner, Del Stribling aka Binky Griptite, Victor Axelrod, Fernando Bugaloo Velez, Anda Szilagyi) from the Soul Providers/Dap Kings band, performing their first show in May 1998 at St. Nick’s Pub in Harlem NY.

A few months into the group’s existence, Perna and Roth, on a walk through their southside Williamsburg neighborhood, met Amayo, who at the time owned a boutique / kung fu studio / arts space where he sold his own fashion designs, held shows. They invited Amayo, who grew up in Lagos, Nigeria and was fluent in the music of Fela, to see a show in the neighborhood. A few weeks later, they called again to ask him to fill in for a percussionist for a show at the Cooler (NYC) and he joined the band shortly thereafter. Within months he began composing and performing lyrics and assuming the role of the group’s lead vocalist/frontman. 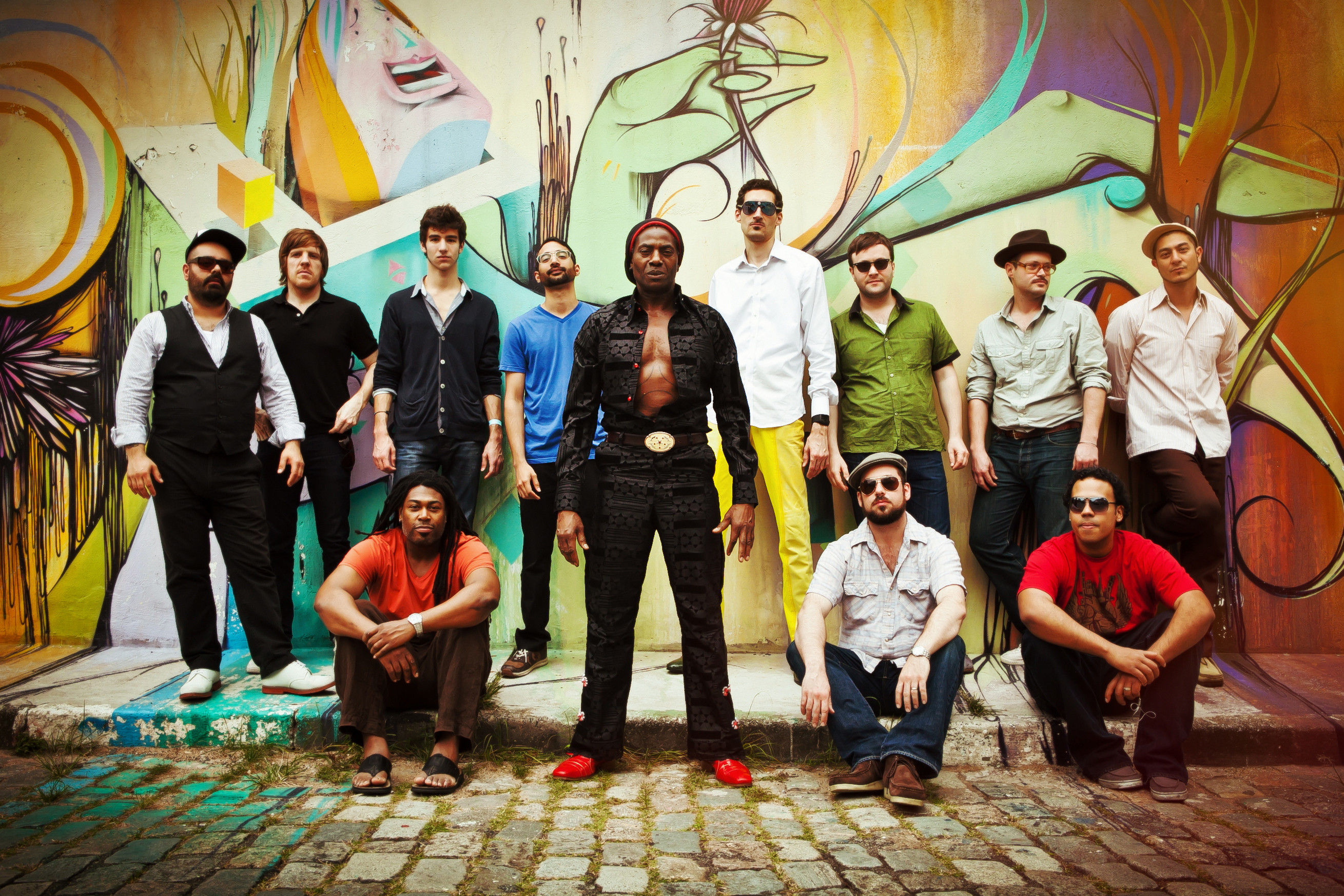 In August 1999, Greenwich Village record store owner Ayo Osinibi introduced them to the owner of the Tribeca club NoMoore, where they earned a weekly residence that ran for 18 months until the club was abruptly closed by the city. At No Moore, the group’s nucleus and repertoire expanded, as they routinely played three 75-90 minute sets every Friday.

In 2001, following their debut record (reissued independently, then licensed to Ninja Tune) they began touring internationally, from Glastonbury, Montreux to Newport Jazz and other renowned rock, jazz and world music festivals.

Around 2003, following their third album “Who Is This America,” the Dap Kings and Antibalas both became very busy, each group developed its separate full-time lineup although the groups would remain close, later reuniting with Sharon Jones and the Dap Kings and Charles Bradley for the 2014 Daptone Super Soul Revue across summer festivals and theaters in Europe and culminating in a three night run at New York’s Apollo Theater.

The group toured heavily between 2002 and 2007 with the releases of their third album, “Who Is This America”, and fourth, “Security”.

In 2011, the group returned to the Daptone House of Soul to record their most recent album, “Antibalas” produced by emeritus member Gabriel Roth. The group toured heavily throughout the US and Europe, and later that year, performed songs from the album live on NBC’s Late Night with Jimmy Fallon, and ABC’s Jimmy Kimmel Live.

Antibalas has recorded five studio albums on the Daptone, Ninja Tune, Anti-, and Ropeadope labels as well as a number of singles and EPs. The band finishing their sixth studio album, due out in mid-2017.

Though recognized for their fluency in Afrobeat and funk music, the band is known to collaborate with diverse groups and artists, from Angélique Kidjo to Jovanotti to Medeski Martin & Wood to Public Enemy, and served as the house band at Carnegie Hall in 2014 (Music of Paul Simon), 2015 (Music of David Byrne & Talking Heads) and this year’s 2017 Music of Aretha Franklin.

The Antibalas horn section has performed on Grammy award-winning albums by Angelique Kidjo, and Mark Ronson and dozens of albums, sound tracks and live guest appearances with artists including The Roots, My Morning Jacket, TV on the Radio, Santigold, Jovanotti, Nneka, Alabama Shakes, The String Cheese Incident and numerous others.

Former members have gone on to record and perform with The Dap Kings, Mark Ronson, the Black Keys, the Arks, Menahan Street Band, the El Michels Affair, Arcade Fire, Iron and Wine, Bat For Lashes, and Imogen Heap. 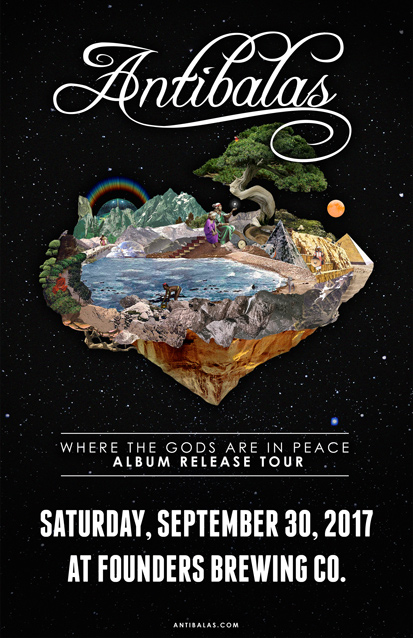