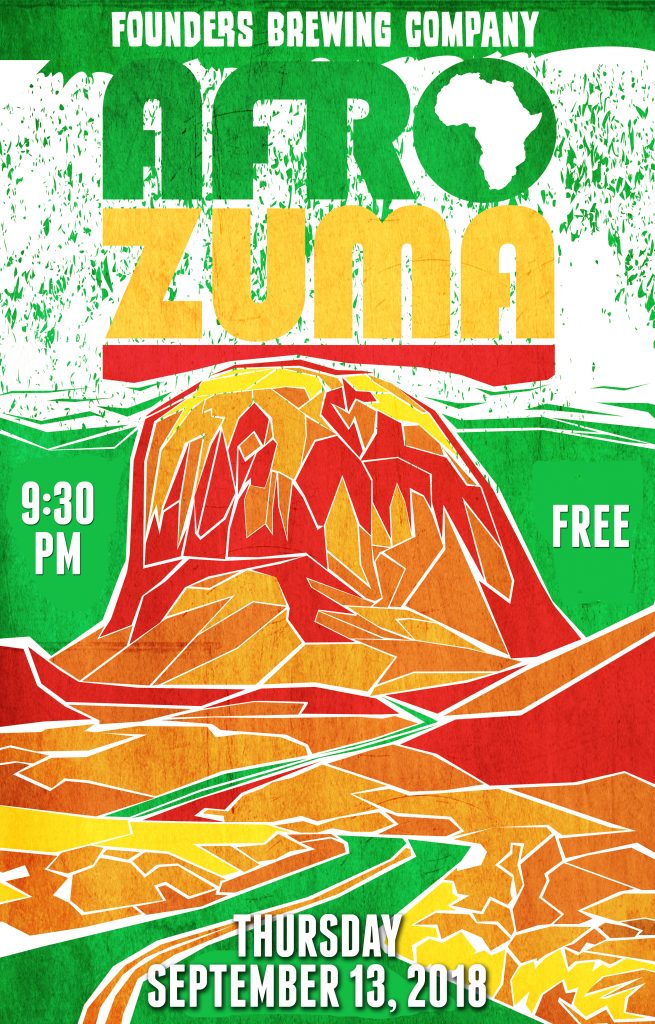 Over the past 10 years, Joshua Dunigan has used his love of world music to teach and perform Afro-Cuban and Latin percussion in the band WaZoBia. As percussionist for Afro Zuma and Latin-Rock band Cabildo, Josh places traditional Cuban, Brazilian, and Andean rhythms in a contemporary setting for live shows.

With three trips to Guinea to study Malinke music under his belt, Kurt Schmiege brings a 2000 year old tradition of percussion, melding the West African rhythmic tradition into Nigerian ’70s jazz. Whether he’s on kit, djembe, djun djuns or conga, Kurt approaches with a natural calmness, and an attention to traditional detail. He is also sexy and funny.

Jen Wilson’s love of music began over Shirley Temples with her grandpa at the local piano bar. In her youth she was able to perform everywhere from Disney World to Austria, leading her to continue her classical training at Western Michigan University. Jen brings her experience and her voice to her music classroom by day, and to the stage by night with the Afrobeat collective Afro Zuma, and with the rootsy folk-duo Creekside.

There is only one thing that Tim Bober wants to do . . . and that is to rock. Tim has been bringing the intensity in various bands since 1993. Singing, song-writing and performing different instruments like keyboard, guitar, banjo, balafon, and kit drums are some of his favorite things (besides drinking, smoking, gambling, having sex, disc golf and excavating archaeological sites).

After growing up in a world of classical music, Tim DeYoung went to college and discovered the Grateful Dead. He has been on a quest for musical exploration, knowledge and enlightenment of all kinds ever since. Twenty-five years of bassoon playing and ten years of teaching music have lead Tim to continue his musical exploration as Afro Zuma’s tenor sax player.

Troy Macqueen is a local musician with over 30 years’ experience playing trumpet and flugelhorn. He has played in many musical groups ranging from Big Band Jazz, Rock Bands, Blues Bands and now an Afro Beat Band. Musical influences are Miles Davis, Maynard Ferguson, Bill Chase and the many local musicians he has had the honor to jam with over the years.

Forrest graduated from Hope College and is active musically in the Grand Rapids area. He has been involved in musical theater in the Hastings area and has taught piano lessons for over 30years. In addition to Afro Zuma, Forrest currently plays in Skankadank, the Grand Rapids Symphonette, Thornapple Jazz Orchestra, Thornapple Brass, and is currently organist at GR South United Methodist Church.

Eric Sikkema brings the bass vibes from way back. He grew up on a steady diet of rock and cut his teeth on guitar in punk and funk bands before strapping on the thunderbroom almost 20 years ago. In his search for “The Origin of the One,” Eric encountered the magic of AfroBeat and so began taking the first steps down the path that would lead to Afro Zuma. 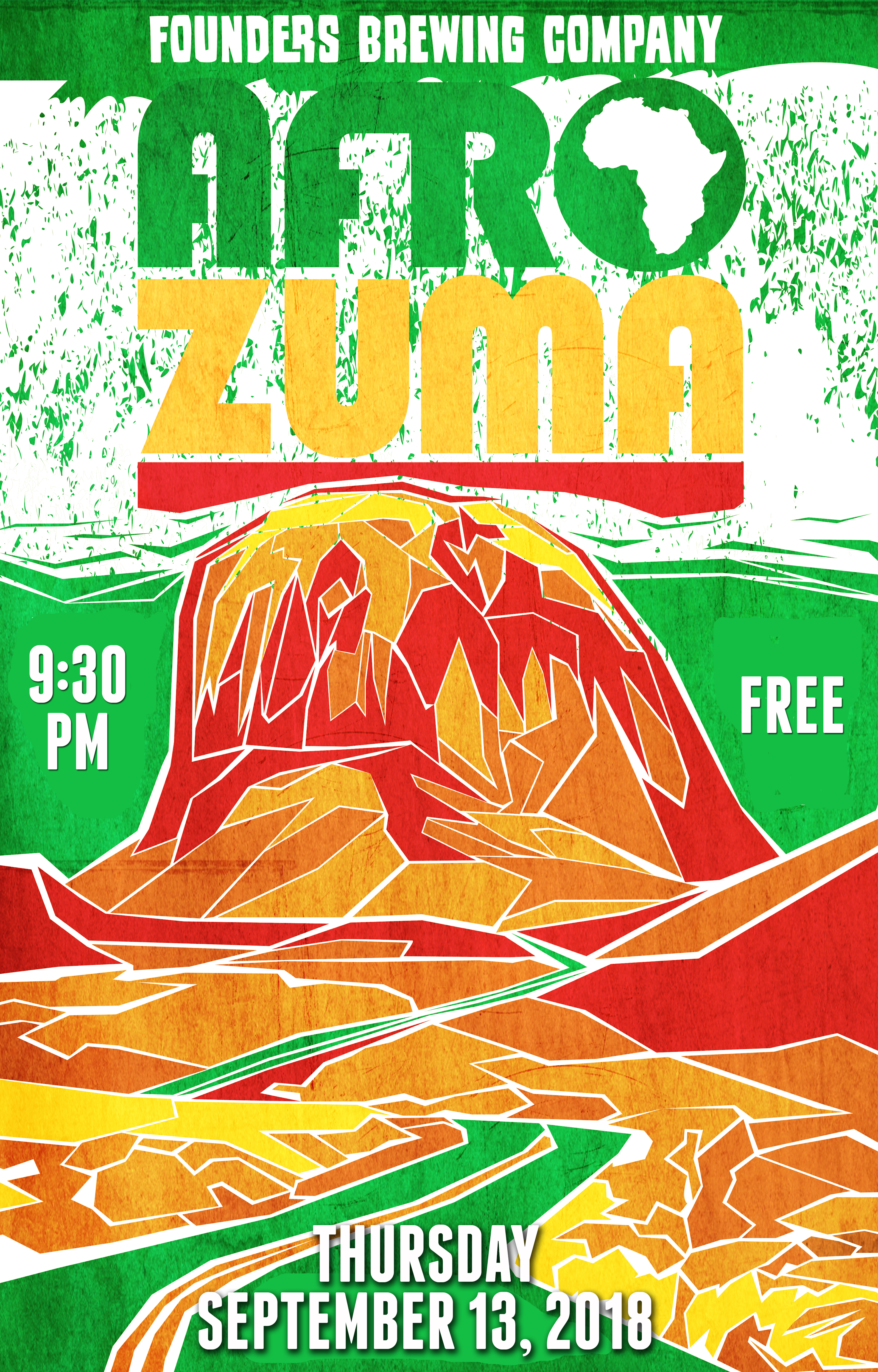