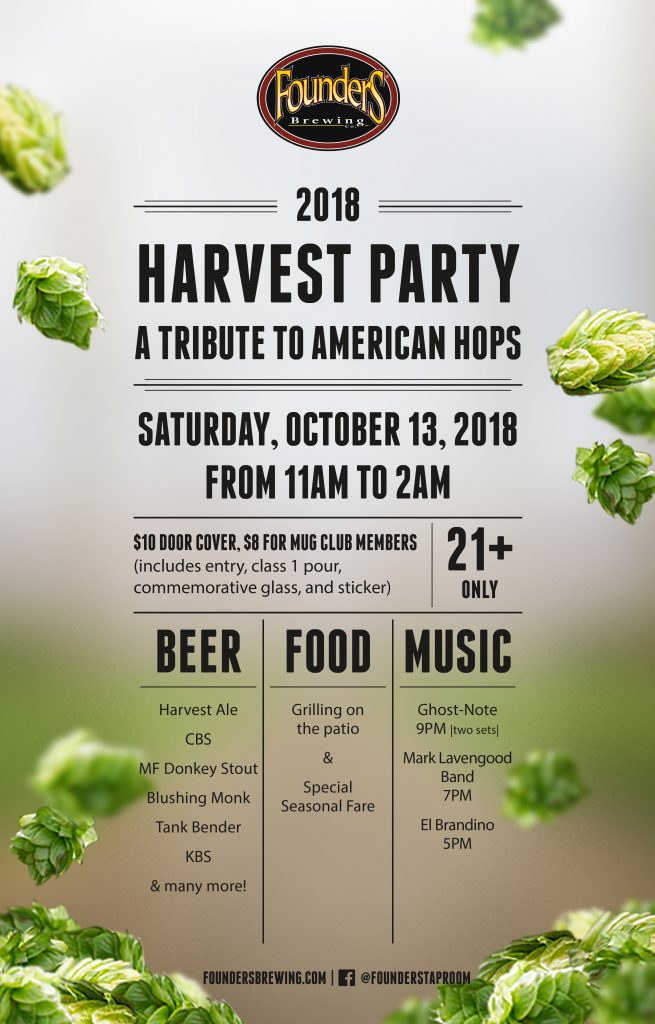 Founders Taproom Grand Rapids invites you to the 2018 Harvest Party – A Tribute to American Hops on Saturday, October 13, 2018 from 11am-close!

Headed by Snarky Puppy’s multi Grammy–winning percussion duo of Robert Sput Searight and Nate Werth, Ghost-Note is an explosion of sound. With an expansive roster of next-level musicians—representing members of Prince, Snoop Dogg, Erykah Badu, Herbie Hancock, Kendrick Lamar, Marcus Miller, Toto, Justin Timberlake, and more—the band is pushing funk music into the future, building on the uplifting, pioneering foundations laid out by the likes of James Brown and Sly & The Family Stone and infusing their fresh take with tastes of afrobeat, hip-hop, psychedelia, world folklore, and more.

Fearless, both in Swagism’s sonic depth and conscious social commentary, the band easily translates this adventurousness in a live setting. Ghost-Note’s live performances are bold and in your face, with the group offering up none of the tight-laced pretenses frequently associated with the band’s jazz roots. Focused on creating seductive dance-able grooves and a contagious feel-good energy, each show is an opportunity to let loose and connect, for both fans and the musicians alike.

After forming in 2015, Ghost-Note has already begun to take the world by storm. The group’s two studio albums—2018’s Swagism and 2015’s Fortified—have earned critical acclaim and popular success around the globe, with both albums hitting the #1 spot on the iTunes Jazz Charts. Furthermore, the ever-growing family of musicians has mounted successful headlining tours in the United States, Canada, and Japan and performed at high-profile international music festivals and events.

Anyone that has witnessed Lavengood perform will attest to these three key attributes: his big heart, wild energy on stage, and the aptitude on the many instruments that he plays. Having released 2 LPs and a 7 inch vinyl under his own name in conjunction with 2 LPs, an EP, and an album on the way with International touring act, Lindsay Lou & the Flatbellys, Mark Lavengood is no stranger to the hustle of the music industry. He is currently promoting his third full length album, “We’ve Come Along,” released May 11th with Earthwork Music.

Hailing from local acts such as Three Cents Short, Cashed Out and The Faultline, El Brandino has since set out to tackle the world on his own, in an effort to eliminate restrictions and limits in his act. Starting out playing punk rock/ska, he has since found influence in classic rock, bluegrass, funk, soul and jam music, and is working tirelessly to inseminate his music with as much variety as possible. But don’t take it from me, come to a show and see for yourself!

*There are no advance tickets for Harvest Party, just cover day-of only. Admission is $10 for the General Public, $8 for 2018 Mug Club Members. Re-entry is based upon capacity. 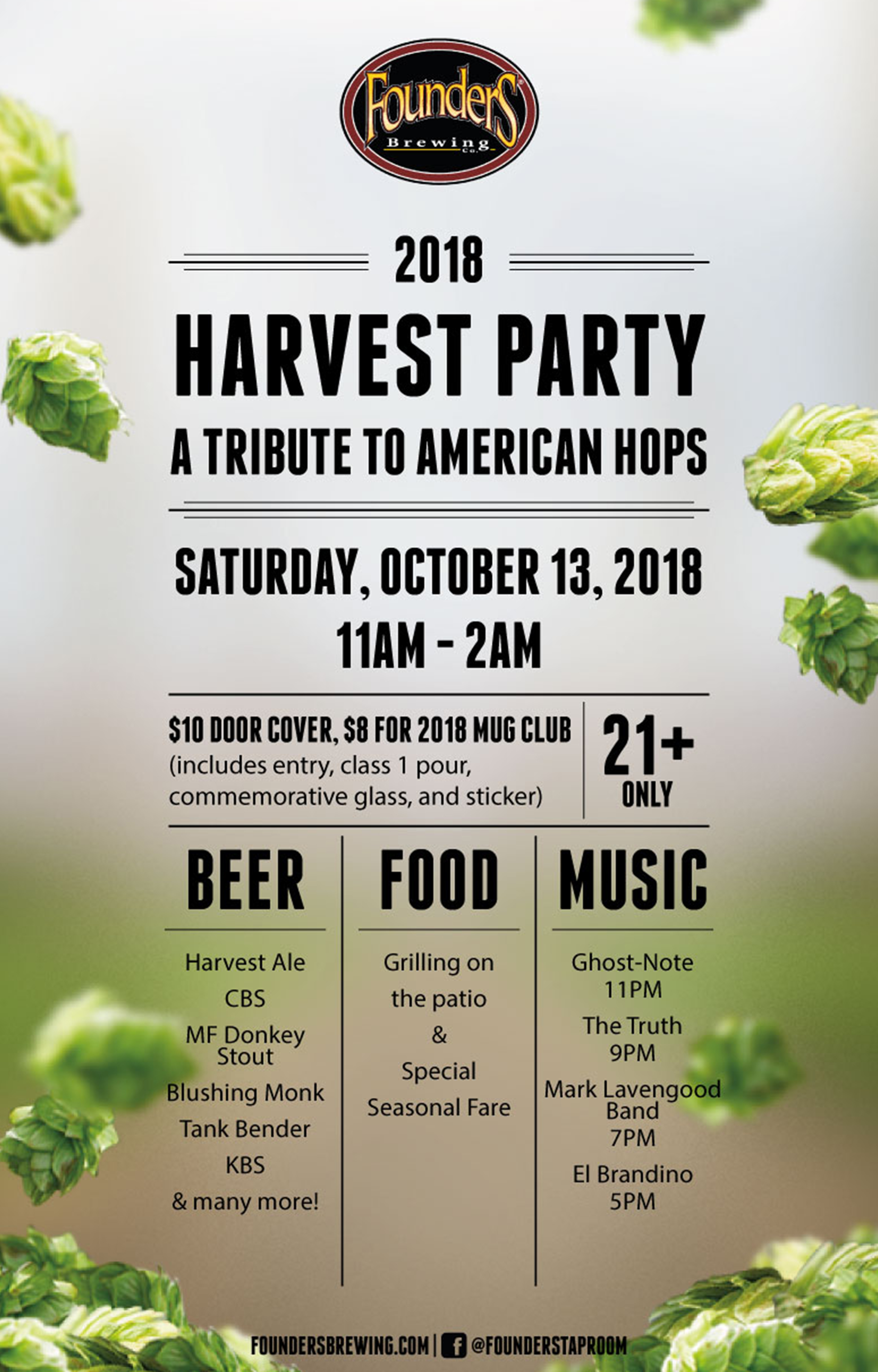