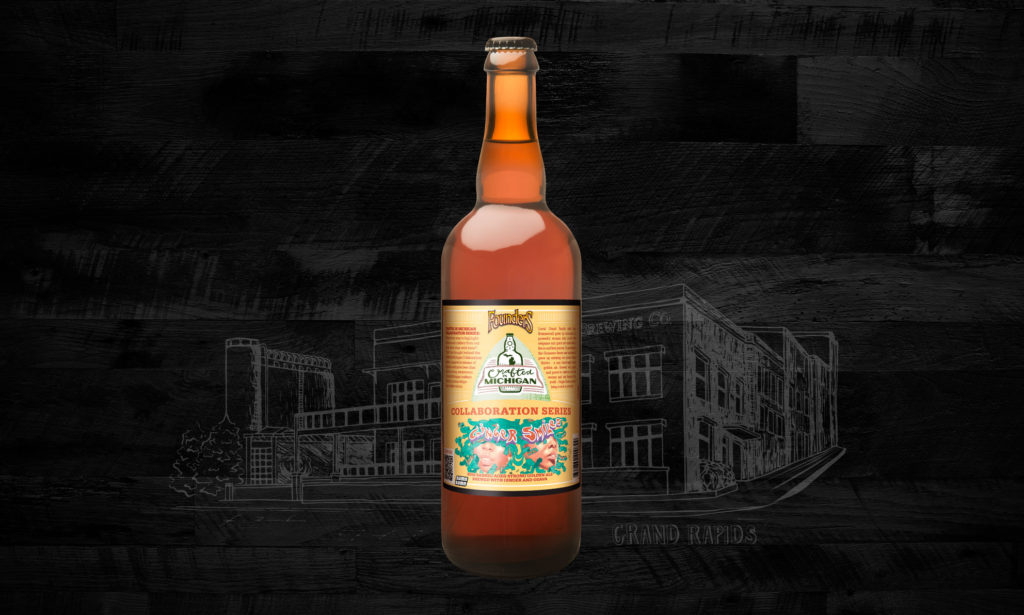 Local Grand Rapids artist Esan Sommersell grew up surrounded by powerful women who moved with elegance and grace yet cooked with a fierce and fiery passion. To pay tribute to the Guyanese flavors and traditions he grew up admiring we present Ginger Smiles – a rum barrel-aged strong golden ale. Brewed with ginger and guava to celebrate the bold women and rich flavors of his youth – Ginger Smiles is sure to bring a smile to your face. ABV TBD.

To celebrate the launch of Ginger Smiles our Grand Rapids taproom will host an outdoor artist market featuring Esan’s work as well as other local artists. Featuring specialty deli offerings and limited edition merch featuring Esan’s art, Ginger Smiles is set to release in 750mL bottles and on draft exclusively at both of our taprooms on June 25 at 11am (one bottle limit). 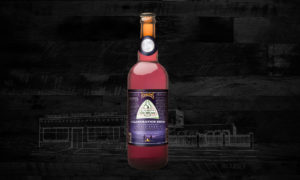 Who doesn’t love to look at the sky at twilight – that time when the sun dips below the horizon and casts an otherworldly purple shroud across the sky? That’s exactly what we set out to capture in collaboration with Arsenal Handicraft – a husband and wife artist duo from Detroit. Butterfly Pea Flowers give an ethereal appearance as the stars collide in this tart and juicy blueberry chamomile gose-style ale. ABV TBD.

Arsenal Handicraft will be on-site at our Detroit taproom to sell their prints as well as limited edition glassware on launch day. The Detroit deli will have special offerings as well! Limited 750mL bottles and draft pours of Skyshift will be available exclusively at both taprooms on June 11 at 4pm (one bottle limit).