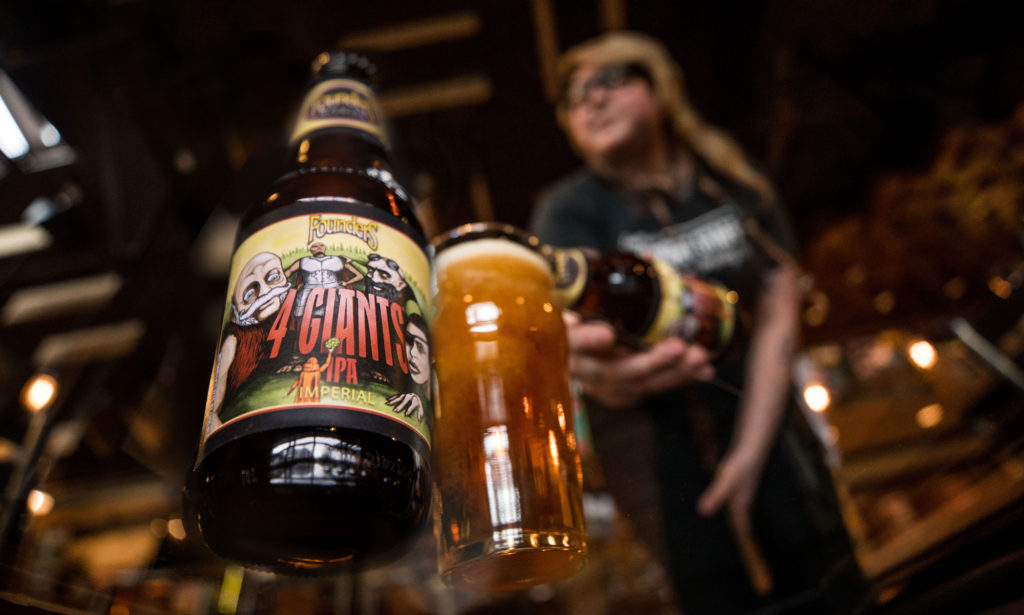 Fee-Fi-Fo-Fum! Which imperial IPA is your favorite one?

That’s been a topic of much discussion throughout the brewery over the years, so we decided to settle the debate the best way we know how – by mashing them all together! 4 Giants IPA threatens to crush you under its boot with intense bitterness before it shows its gentle side – a sweet, malty backbone accentuated by the huge aromatics that come courtesy of its seven American hop varieties. 9.2% ABV.

Linkedin
« ‘KBS Season Just Got a Whole Lot Longer’ Untappd Badge
BREWED FOR MI SERIES »
« Previous Post
Next Post »
We use cookies on our website to give you the most relevant experience by remembering your preferences and repeat visits. By using this site, you agree with our use of cookies. Learn More
Cookie SettingsACCEPT
Manage consent