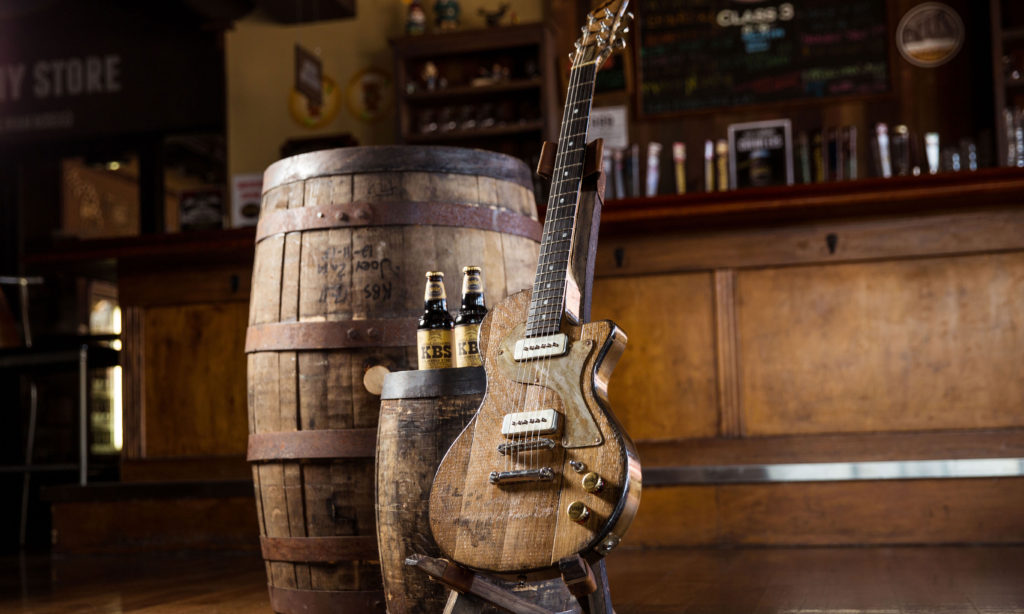 The prompt? To tell us about the most memorable trip you made for beer or music. After poring over your stories, we selected the following entry from Angela C. as the winner. We admire her for sharing her struggle and for highlighting so well the supporting role craft beer plays in many of our lives. Congratulations to Angela and thanks to each and every one of you who entered the contest and shared your stories.

“In 2016 my husband and I took the train to Chicago to visit Lagunitas and a few other breweries. It was a much needed getaway as I had just completed an 18-month long project for work that had me working 14-16 hour days, 7 days a week. It was also our 3rd anniversary. At this point in time we had been trying to have a baby for nearly two years without success and really just needed a break from life. We arrived in Chicago on Friday night, went to Lou Malnati’s for pizza and out for drinks. The next day we took the long train ride out to the south side to Lagunitas to spend the afternoon. We took the tour, listened to an 80-year-old man play blues music and ate way too many snacks. We ended up closing the place down and we still didn’t want to leave. It was a perfect day on a perfect, relaxing weekend. After visiting a few more breweries, going to Binny’s for beer to bring home and picking up some dogs for the train ride, we headed home. As you may have expected from my foreshadowing, fast-forward to 6 weeks later on Christmas Eve, and surprise, surprise we found out we were expecting a baby! That baby, Logan Porter (see what we did there?), is now a three-year-old music/dance loving maniac. He’s the best thing we’ve ever done and probably ever will do.

Craft beer has always been a special thing for us. We got engaged after visiting every brewery in Michigan and our wedding was a craft beer themed event with tons of Michigan beers and home brews that my husband and his father made together. So it was only fitting for beer to have a hand in the creation of our son (and his name). Thanks for the opportunity to tell our story. My guitar/bass/drum playing husband would love a chance to play that guitar and maybe even teach our son to play on it someday as well.”

Want one of those beautiful guitars for yourself? Head over to Mandrayk Musical Instruments and you can make your dreams come true.