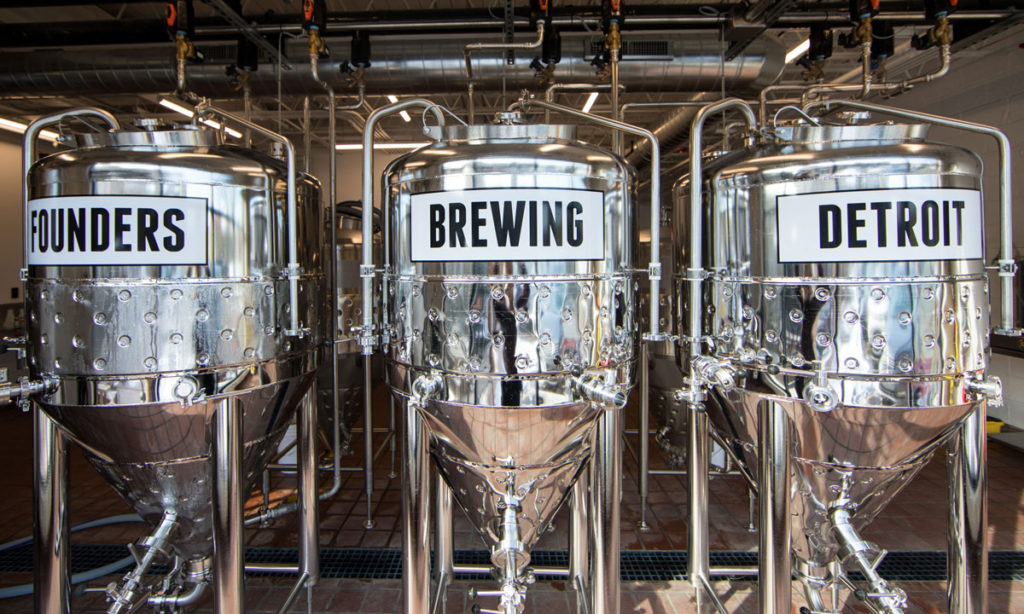 DETROIT – (FEBRUARY 4, 2020) – Founders Brewing Co. announced Tuesday that its Detroit taproom will reopen to the public on Thursday, February 6 at 11:00 am. Visitors to the brewery can expect a full taplist with multiple new beer choices, an amended menu and a variety of Mothership Series and “Brewed in Detroit” bottles available for purchase.

“After three months of progress behind-the-scenes, now is the best time to honor our commitments in Detroit and reopen the Detroit taproom,” said company Co-Founder and CEO Mike Stevens. “While our intentions were good when we first launched the taproom in 2017, we need to make more efforts to connect in meaningful ways with the City of Detroit. We’re going to do this right and we look forward to sharing the journey with our fans, community partners and business partners.”

Founders also announced an addition to the team: Emily Faulkner will step into the role of Detroit taproom General Manager. Emily has extensive experience in the Detroit hospitality industry; most recently she served as Operations Manager for TopGolf in Auburn Hills and the General Manager for TAP in the MGM Grand Detroit.

The owners of Founders Brewing Co. will be contributing the income from the Detroit taproom to local Detroit charities for the next three years.

In addition to expanding its charitable giving platform, the Big Pitcher, Founders has agreed to partner with the City of Detroit and its Detroit At Work platform to hire more qualified Detroit residents. The company and Detroit At Work are collaborating to implement hiring practice that will make jobs more accessible to returning citizens and individuals with criminal records.

Additionally, the company is working with Detroit at Work to set up a hospitality training program for Detroit residents so they can earn jobs in the hospitality industry and build successful careers. Those who complete the 2-3 week training program will be rotated into employment at the taproom. The goal is to make this program permanent and to implement it in other businesses around Detroit.

Founders is also deepening its relationship with the National Kidney Foundation of Michigan, establishing a health and wellness program for the community, aimed at preventing chronic illnesses, available at the Detroit taproom. This program will provide weekly programming  including free health trainings/screenings and nutrition and fitness classes for local residents, as well as employee wellness programs for Founders’ staff, with the taproom serving as a hub of activity.

“Founders is exhibiting what being a good neighbor is all about,” said Interim DEI Director, Buzz Thomas, of Detroit-based Thomas Group Consulting. “Since Founders brought me on board last November, I’ve hit the ground running in helping them establish partnerships in Detroit. It’s clear that the employees’ hearts and minds are in the right place. I have no doubt in my mind that their efforts will make a significant impact in the City of Detroit and in the brewing industry by establishing a program that will serve as the model.”

With Thomas’ guidance, the brewery has also partnered with Grand Rapids-based Global Bridgebuilders. Their approach emphasizes process management, measurement and benchmarking, and continuous improvement, with a core focus on inclusion as a business discipline and Founders is well underway with the implementation of the program.

“We realize this goes beyond financial donations and we’re committed to becoming a more integral part of the Detroit community,” said Co-Founder and President, Dave Engbers. “We’re not viewing the Detroit taproom as a profit center but instead as a hub for community engagement with the residents of the city. ”