It’s time we share with you the next Mothership Series release! Here’s a hint: this beer has never been bottled and was previously only available on draft as a taproom exclusive. Without further ado, the 10th release in the taproom Mothership Series is: 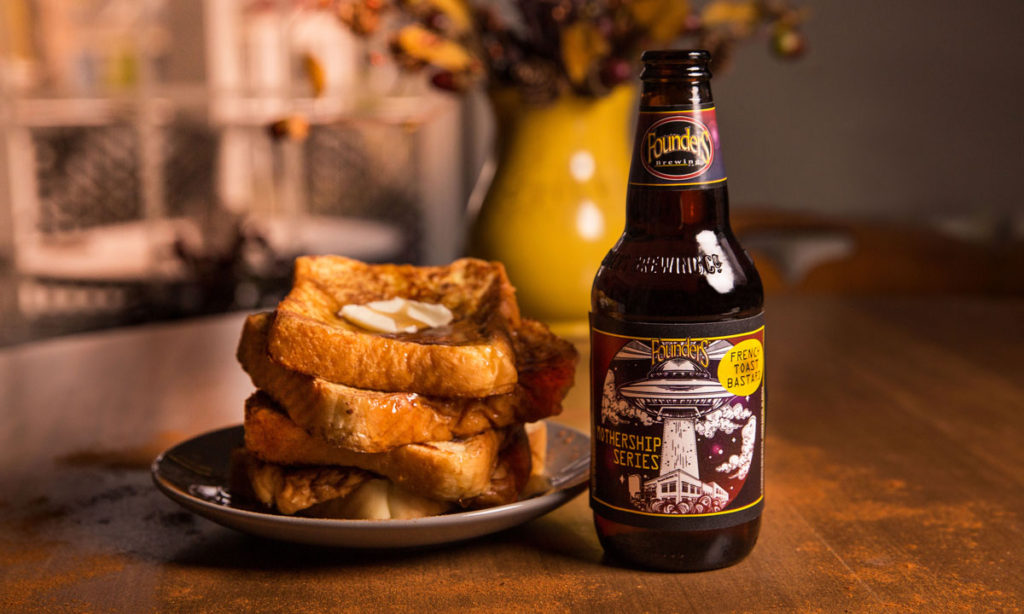 Backwoods Bastard gets the 4-star breakfast treatment. Our malty and rich bourbon barrel-aged Scotch ale is introduced to smooth maple syrup, warm cinnamon and sweet vanilla for an incredibly decadent brunch-inspired sipper. One taste and you’d swear you were digging into your Sunday morning French toast. Breakfast for dinner, anyone?

French Toast Bastard will be available in the taproom on December 1 in 6-pack bottles and on draft and will have a price of $20/6-pack. This is the first Mothership Series beer that will see distribution in kegs too! It’ll start shipping in early December with mid-December availability. Perfect for the holidays. 11.1% ABV.