Solid Gold has only been available outside of our taproom for the past year, so it might not fit the bill as a true “flagship” brand, in the common sense of the term. It has, however, quickly become our second best-selling beer (behind All Day IPA). Considering that, plus the fact that it has existed in our taproom for over a decade, I think it deserves mention in the #FlagshipFebruary conversation. 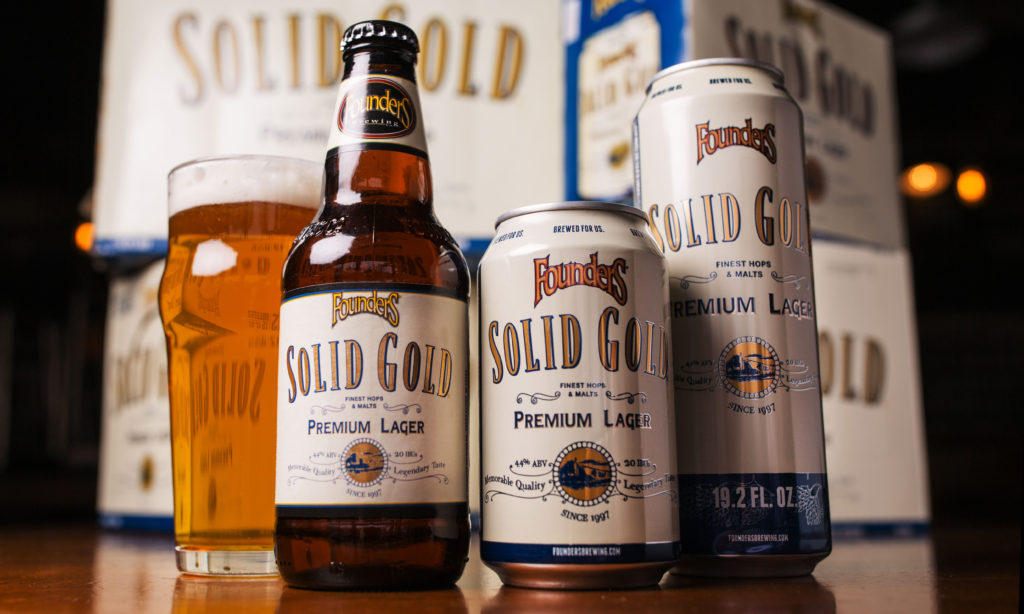 We first started brewing Solid Gold (and Extra Pale before that) for our taproom as a lighter, easier-drinking option. Everyday, we’d get customers who would come in and ask for a Bud Light and giving them a Pale Ale cut with carbonated water wasn’t really a good option (believe it or not). Originally, this beer was a Golden Ale, since this was well before we brewed lagers. And we brewed it with a bit of corn to tap into some of the flavor and sweetness that America’s number one crop brings to beer (to be clear – not as any sort of cost-cutting measure – the flaked corn that we brew with actually costs more than our malted barley!). 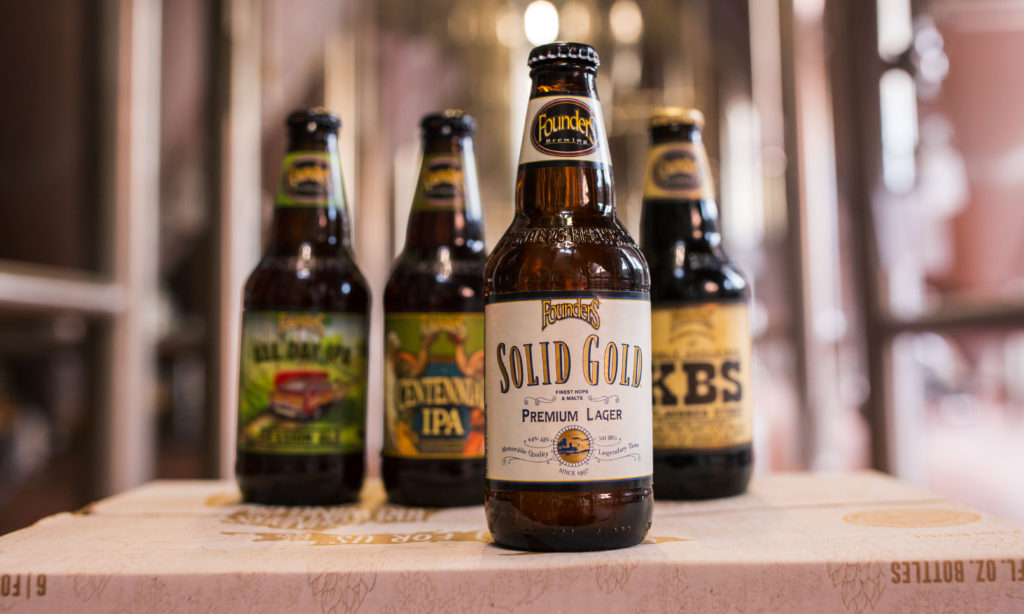 A couple years ago, we started thinking about designing and releasing a beer that could reach out to the larger beer drinking world (over 80% of Americans still prefer light lagers). We had developed our lager brewing skills by then, so I thought it would be a great opportunity to revamp the Solid Gold recipe and turn it into the beer that I always wanted it to be – an American adjunct lager that was completely crushable but still had more deliciousness than what American lager drinkers were used to. I think what sets this beer apart from the crowd is a relatively small, but tastefully done dry-hop, which imparts a slight yet refreshing hint of citrus.

I’d love to see Solid Gold become our best-selling and, subsequently, flagship brand. It has the potential to reach a LOT of people and make Founders fans out of some folks that would otherwise never have given us a shot. Then maybe they try an All Day IPA, get hooked on hops, and next thing you know they’re on the internet trading for our latest barrel-aged release…

Check out Jeremy’s thoughts on All Day IPA here and stay tuned for more flagship love to come!