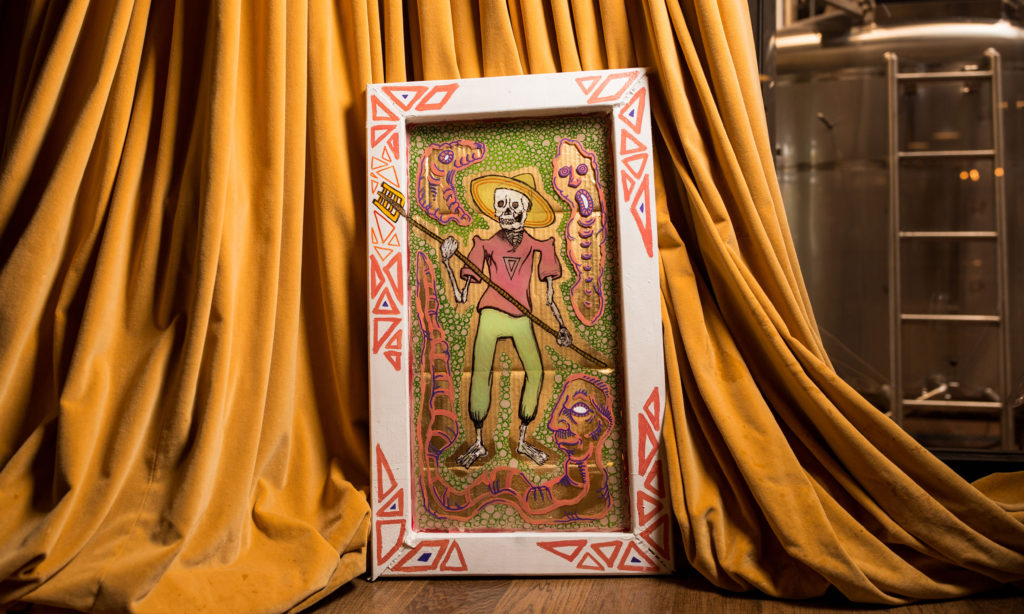 Hey Luke, where are you from?

Cincinnati, Ohio, but I also spent formative years (age 9 to 15) living in Detroit. So, I always say that while I was born in Cincy and live here currently, Detroit and the surrounding area were important to my development as a person.

How long have you been creating art?

When we lived in Detroit, my family would often drive 4 hours back down to visit family in Cincinnati. My brother and I used that time to draw (huge comic book fans), or read books. While we drew a lot before and after those trips, I definitely attribute a lot of my development to those hours in a car with nothing else to do (my brother also ended up becoming an artist, going to Pratt in New York). Essentially, I’ve made art as far back as I can remember, but I definitely started getting more serious about it when I was eight or nine.

How would you describe your aesthetic?

I like using inexpensive materials. Partly from the standpoint of a punk sort of outlook and partly from necessity. In college during painting classes, many of my peers were buying expensive oil paint from Utrecht and the like. I used to go to Home Depot and purchase house paint that was mixed incorrectly and thus a shade off. I also used drop cloth canvas instead of nice white pre-made stuff you find at a Plaza art store. In college, I tried to cut corners on materials to save money, and frankly have some left to buy beer with. To this day I still prefer using things like cardboard, house paint, found objects, etc. It more sincerely reflects my personality than if I was to go buy nice things, even if I can afford to now. So, I guess my aesthetic could be described as “pragmatic”, definitely not supercilious.

How did Solid Gold inspire you for this piece?

Making art for me is less about planning and more about doing. So when I sit down to begin a piece, I have an idea in mind and I execute. I don’t spend time on process, because it is really tedious to me personally (hence the reason I hated printmaking). Solid Gold acted as lubrication in the actions of this piece throughout its gestation. I also pulled some imagery from the brewing process, as well as the beer to sort of allude to the fact that its representational without being totally forthright. Obviously, I also made the background gold, which is a pretty literal interpretation. I generally like to keep my art a sort of guessing game. When people ask what a painting means, I will often give an aloof sort of response because I would rather people make up their own mind about it. I have already had a couple friends see this specific painting during its creation and received interpretations ranging from Dia de los Muertos to one of the four horseman of the apocalypse. At the end of the day I like to think of the painting as having Solid Gold as a jumping off point for any number of conceptualizations.

What if I finally get around to finishing recording some of my own music?

Check out some of Luke’s process photos here: 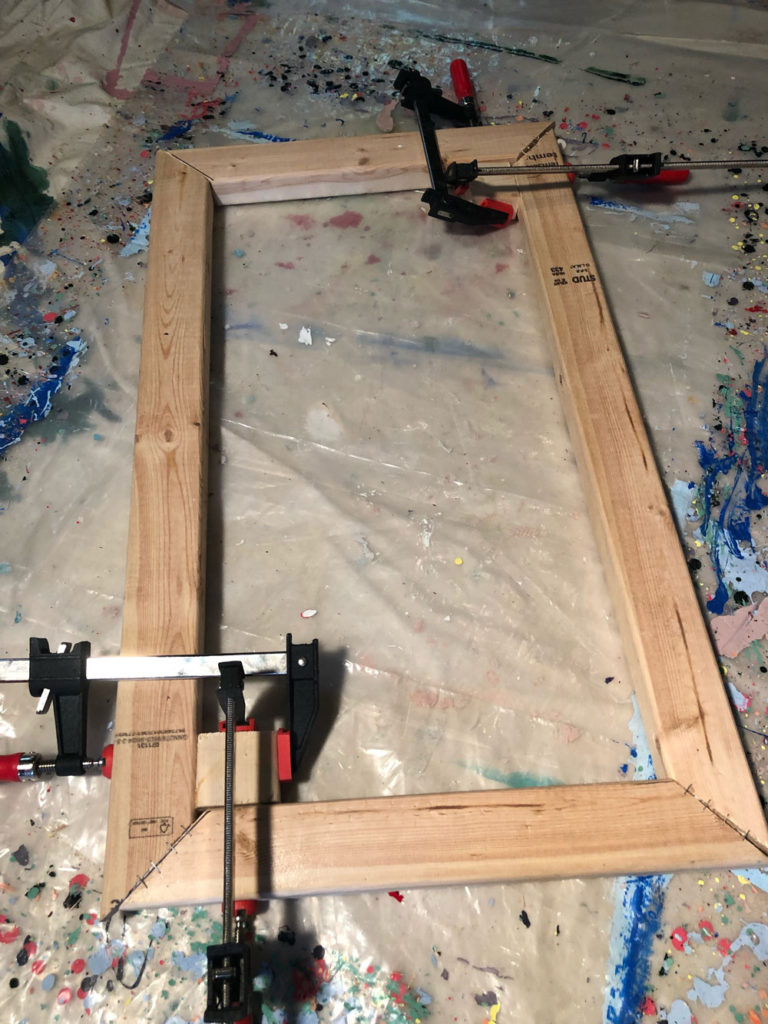 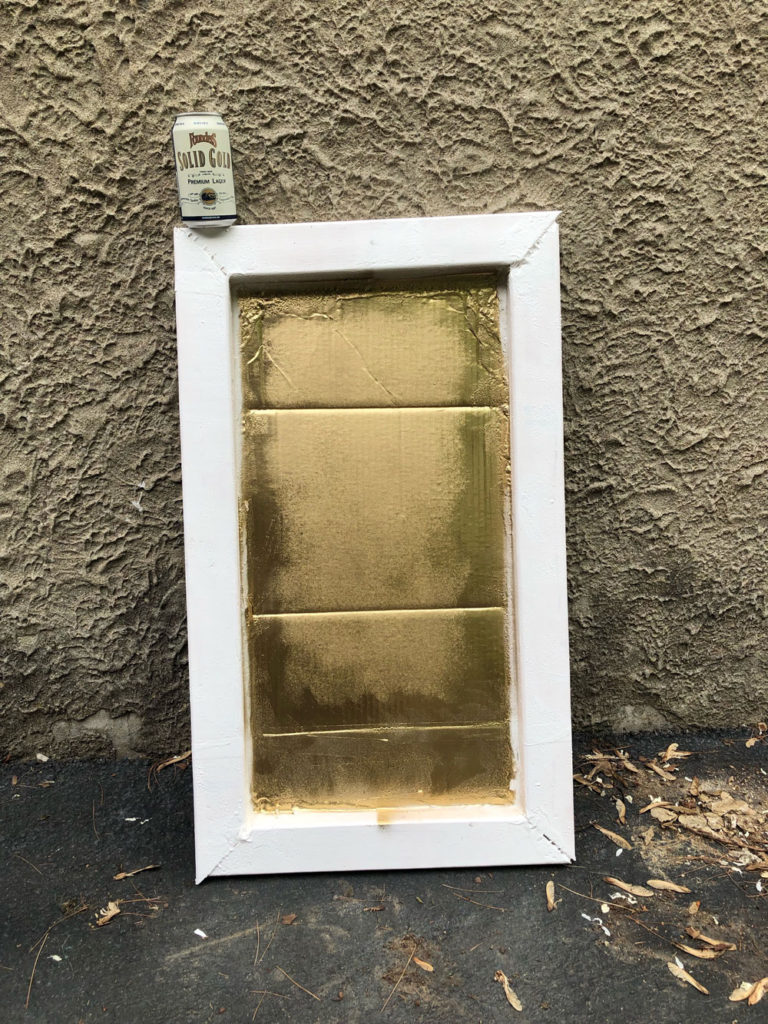 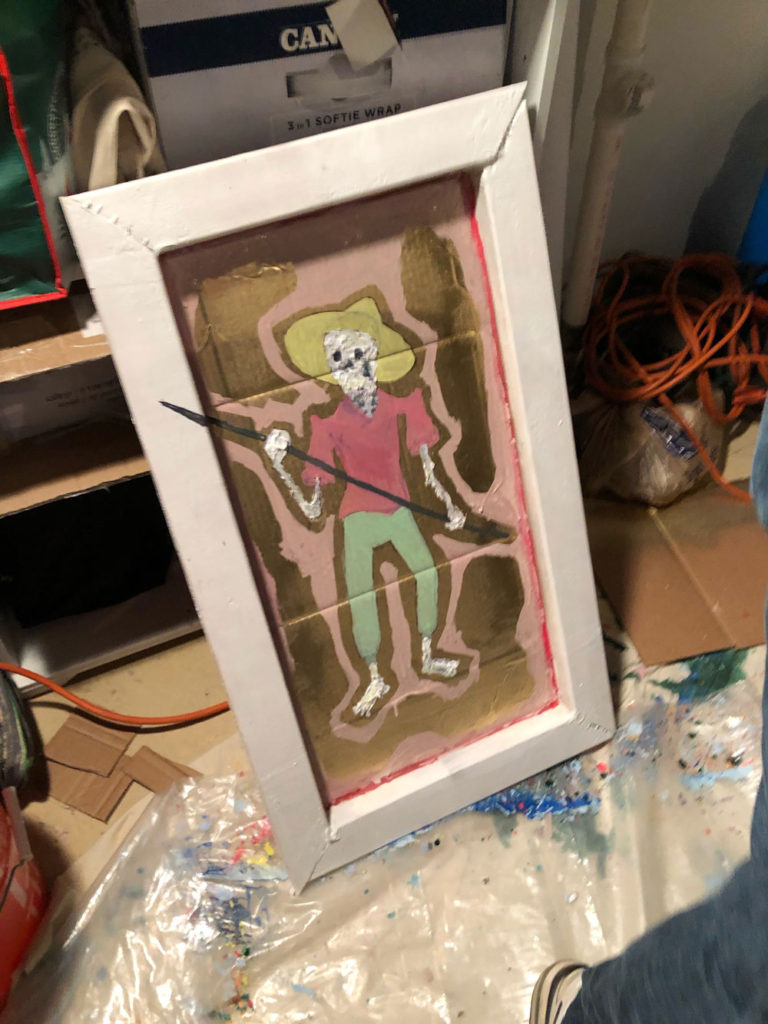 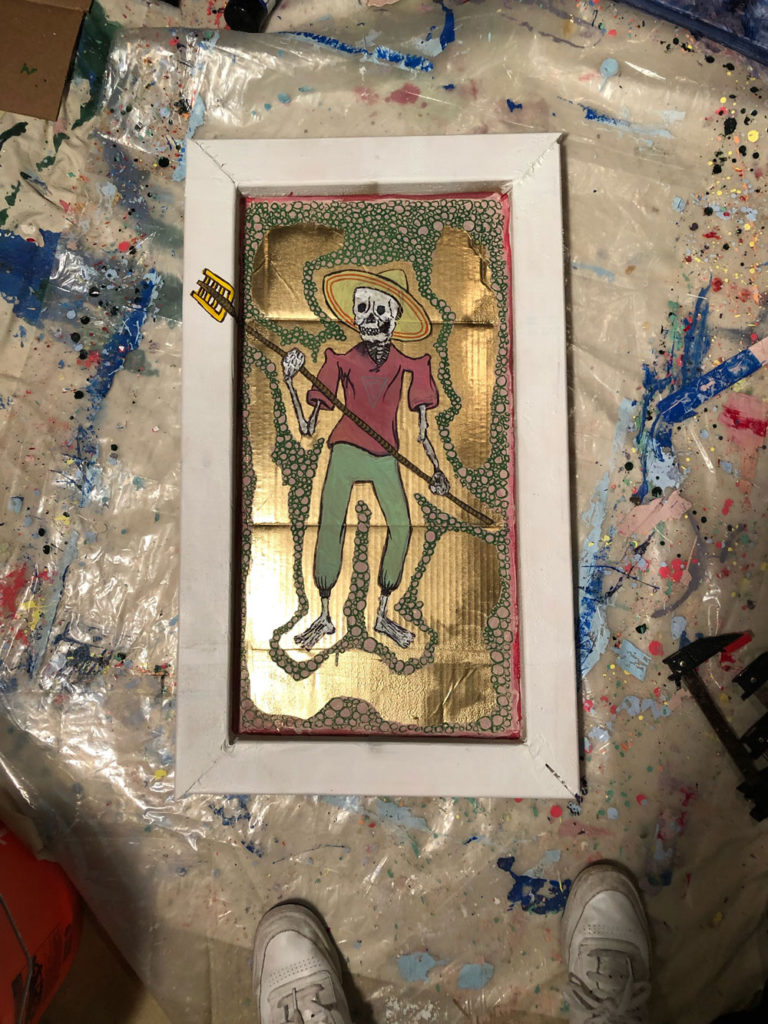 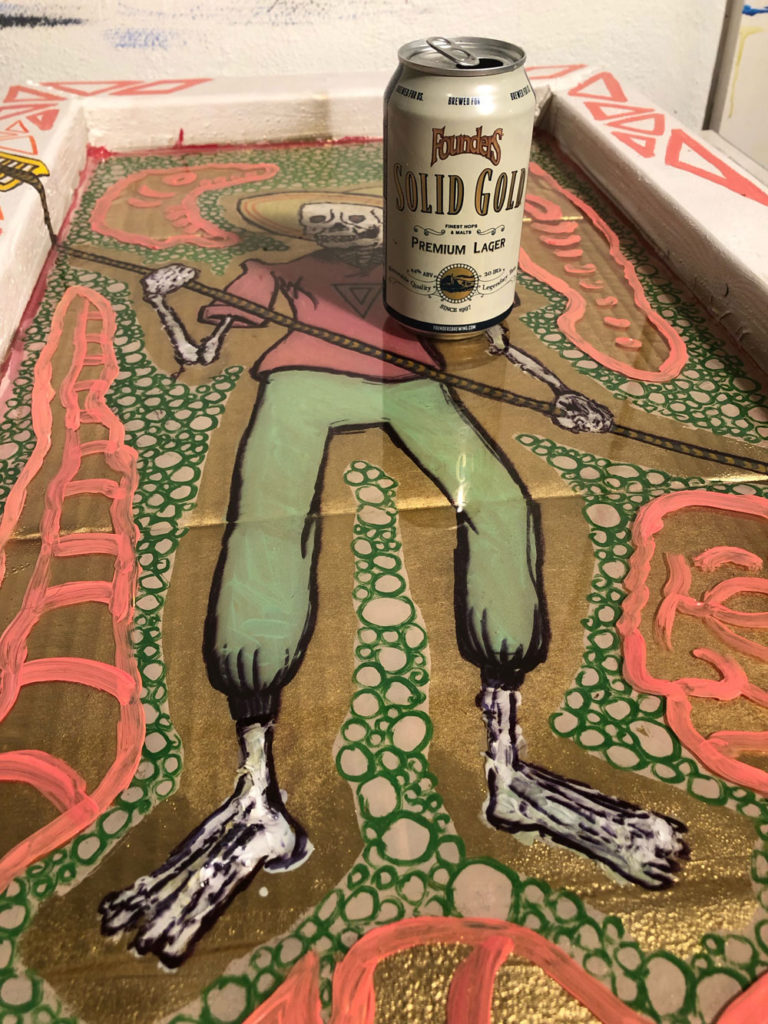 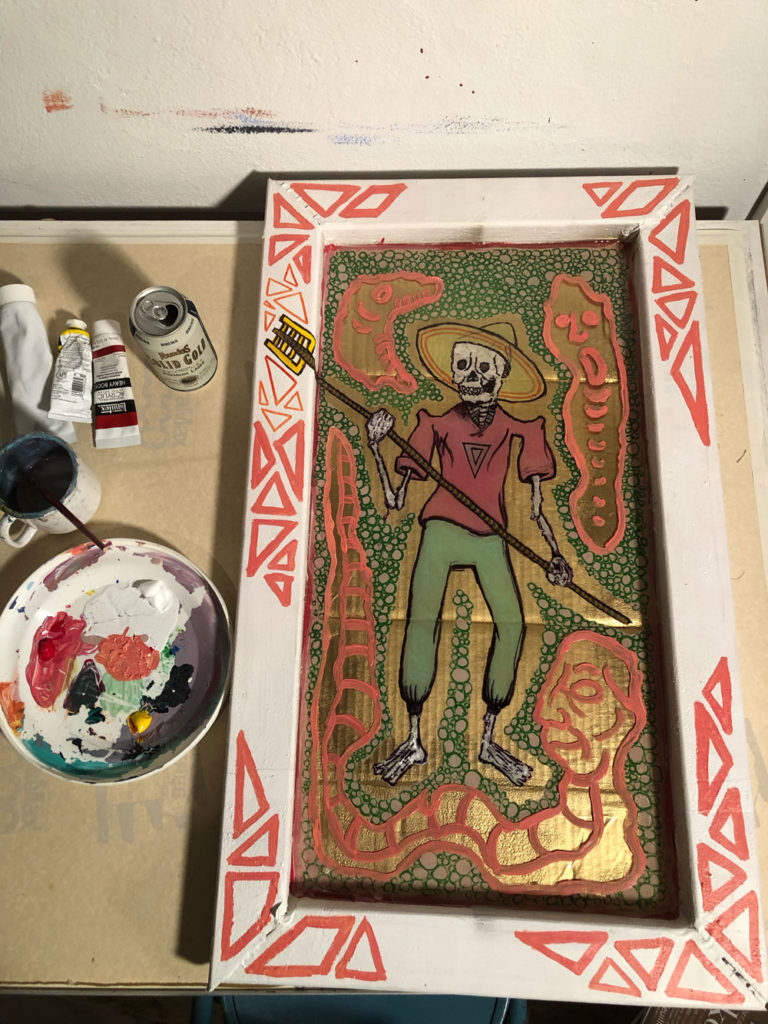