Our Grand Rapids taproom is once again hosting a number of artists for this years’ ArtPrize. Make sure to stop down to the taproom now through October 3 to check out their beautiful work:

Cody LeVon
Cody LeVon is a kitsch painter who seeks to emulate the beautiful methods and sentimental works of the old masters. Laboring with traditional materials and techniques, the dark tones of his work derive from an expanded version of the Apelles palette. A student of the Master Odd Nerdrum, Cody now resides in downtown Grand Rapids, Michigan where he continues to pursue the same classical approach to narrative iconography 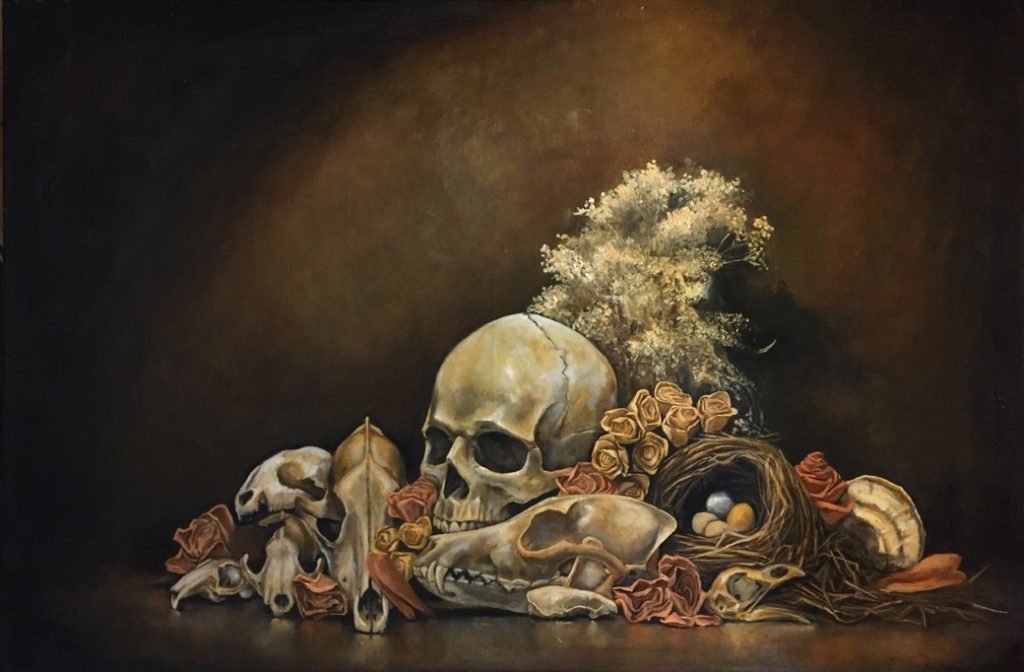 Russell Muits
I’m a graphic artist by trade who has reimagined industrial design by beautifying overlooked elements of urban landscapes. By re-purposing utility covers and other street metal as relief printing blocks, I’ve developed a craft making painterly representations of and from these portals to city infrastructure and industrial history. Over the last 10 years, I’ve collected more than 400 unique prints from 70+ cities across the country. It has taken me on a quest to find antique, symbolic, and iconic utility covers in cities and towns across the U.S. while preserving those relics through relief prints. Each city’s design, infrastructure, and people are unique. And each has a story to tell. I’m here to tell those stories through art and encourage others to see their streets from a different perspective. 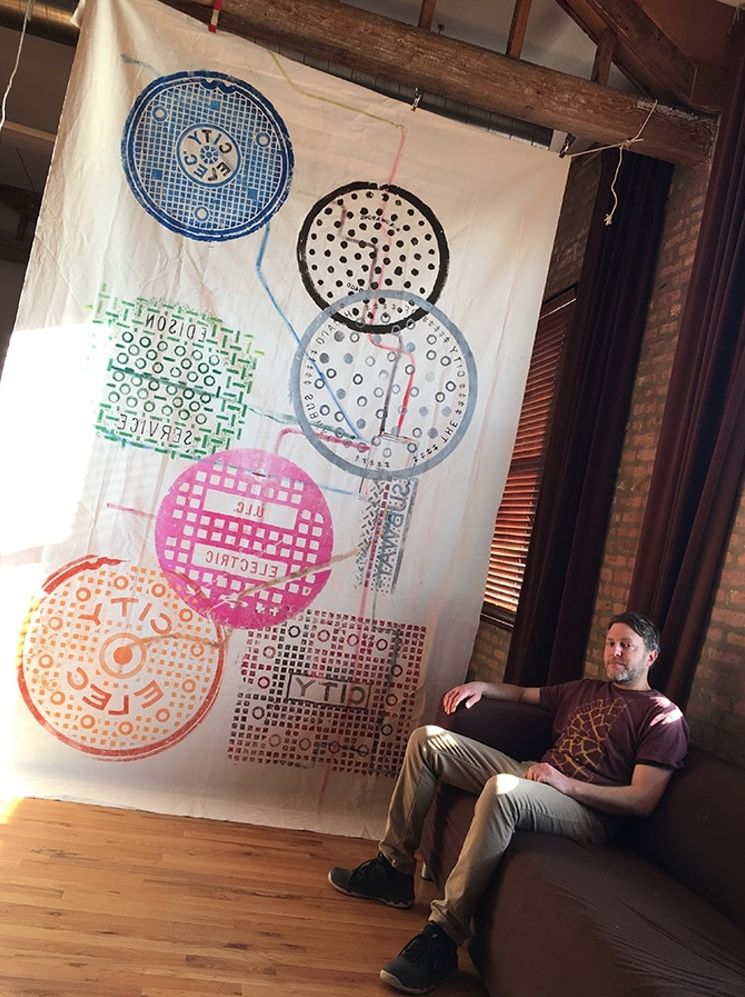 Katy Batdorff
By day Katy Batdorff is a Photojournalist, by night she changes into a roller derby girl. Rarely do these two personalities ever meet. This year they will clash. Only once. For ArtPrize. 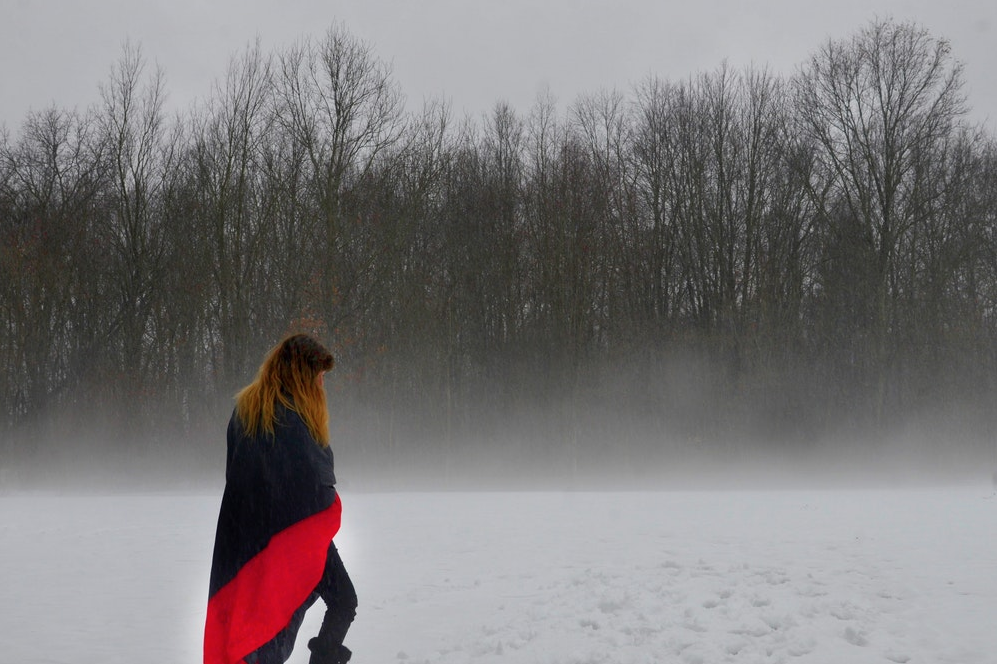 Daniel McClendon
Daniel graduated from Western Michigan University with his BFA—emphasis in painting realism. Shorty after graduating he relocated to Asheville, NC, where he maintained this focus on realism and began painting full time. This continued until he came to the conclusion that his work felt “fraudulent” due to the lack of a true and honest voice. This identity crisis led him to quit painting entirely. During this hiatus his mind slowly wandered back to the creative process and the important themes in his life. And, unexpectedly on March 21st, 2011 at 3:59 A.M. he had an epiphany. He rolled out of bed and wrote down the framework for how to achieve an authentic form of expression. Daniel’s paintings are process focused and examine the connectivity of instinct, impulsive action, and identity. The work begins non-objectively in the form of a chaotic black and white abstract painting, and from there the animal— a central figure in all his works—emerges. These animals, created from a variety of colors, patterns, textures, forms, and symbols, take on the role of both a totem as well as the embodiment of instinct itself. His work is collected nationally and internationally in both commercial and private settings. He paints out of his expansive 5,000 square foot open studio and gallery—The Lift Studios. 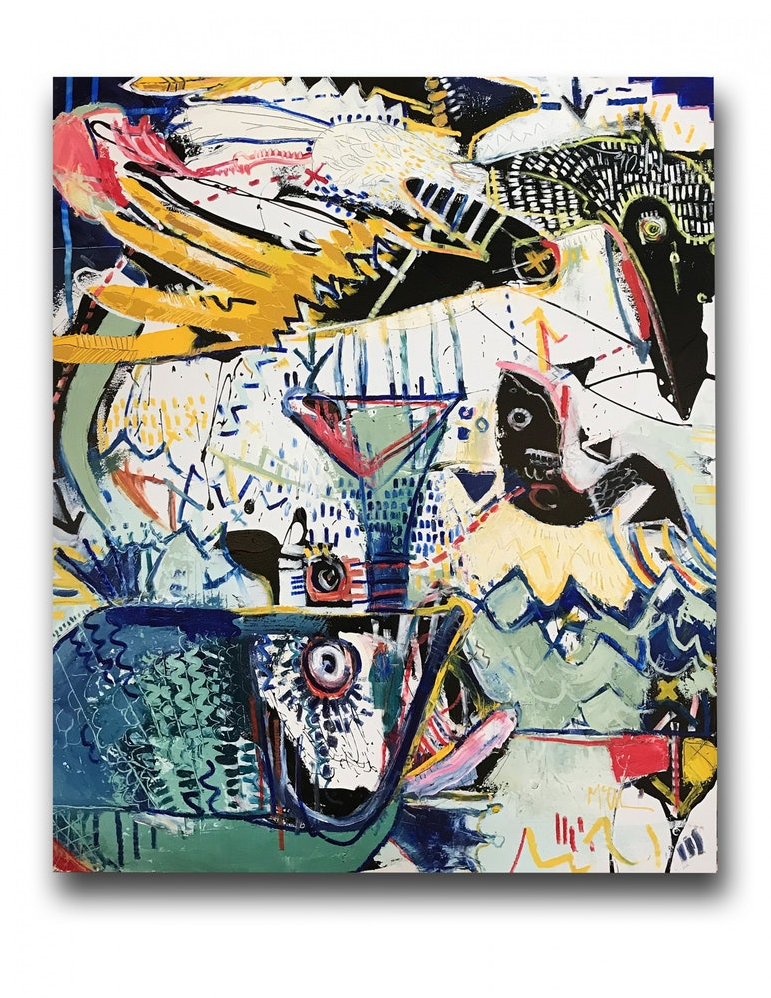 Linkedin
« New Beer Release: Barrel-Aged Series #6
Trigo: Brewed for ArtPrize 2018 »
« Previous Post
Next Post »
We use cookies on our website to give you the most relevant experience by remembering your preferences and repeat visits. By using this site, you agree with our use of cookies. Learn More
Cookie SettingsACCEPT
Manage consent