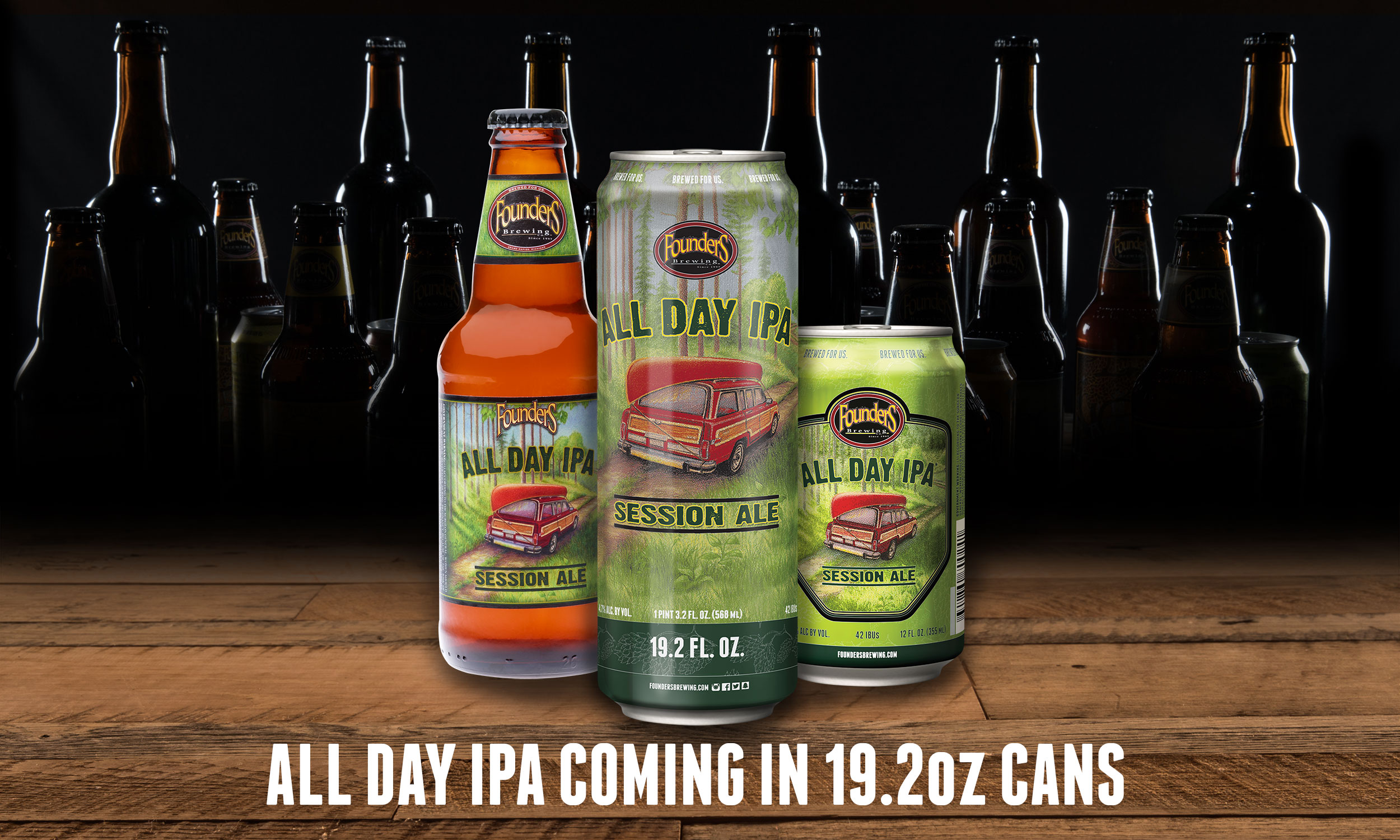 Beginning in early 2017, 19.2oz All Day IPA cans will be available in a convenience store, ballpark or arena near you!

Hear a bit more about what went into the creations of All Day IPA: