Dirty Bastard to be Released in 12-Pack Cans

We’re thrilled to announce the addition of Dirty Bastard Scotch ale in a 12-pack of 12 ounce cans, affectionately known as the “Dirty Dozen”. These 12-packs will be available in our taproom on 11/4 and across our entire distribution footprint starting in November. Like our other can packages, the suggested retail price for the Dirty Dozen is $17.99. 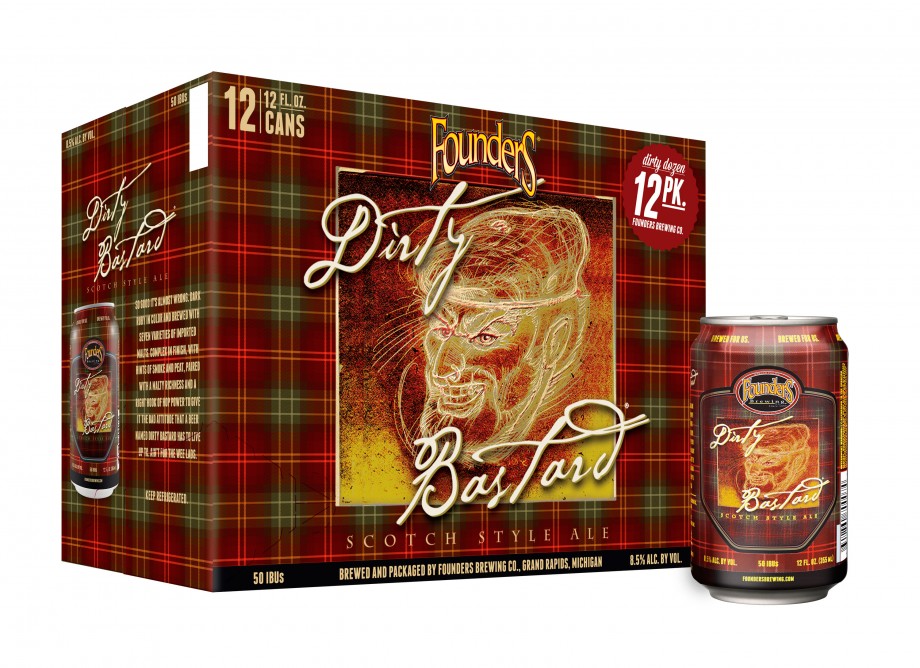 Our year-round Scotch ale is dark ruby in color and brewed with seven varieties of imported malts. It is complex in its finish, with hints of smoke and peat, paired with a malty richness and a right hook of hop power to give it a bad attitude worthy of its name. Dirty Bastard is one of our original beers and the one that saved us from the brink of bankruptcy, simultaneously putting us at the forefront of the extreme beer movement.