We are beyond excited to announce that we’re bringing our beers to the West Coast! We will start distributing in Northern California and Nevada starting in October 2015. 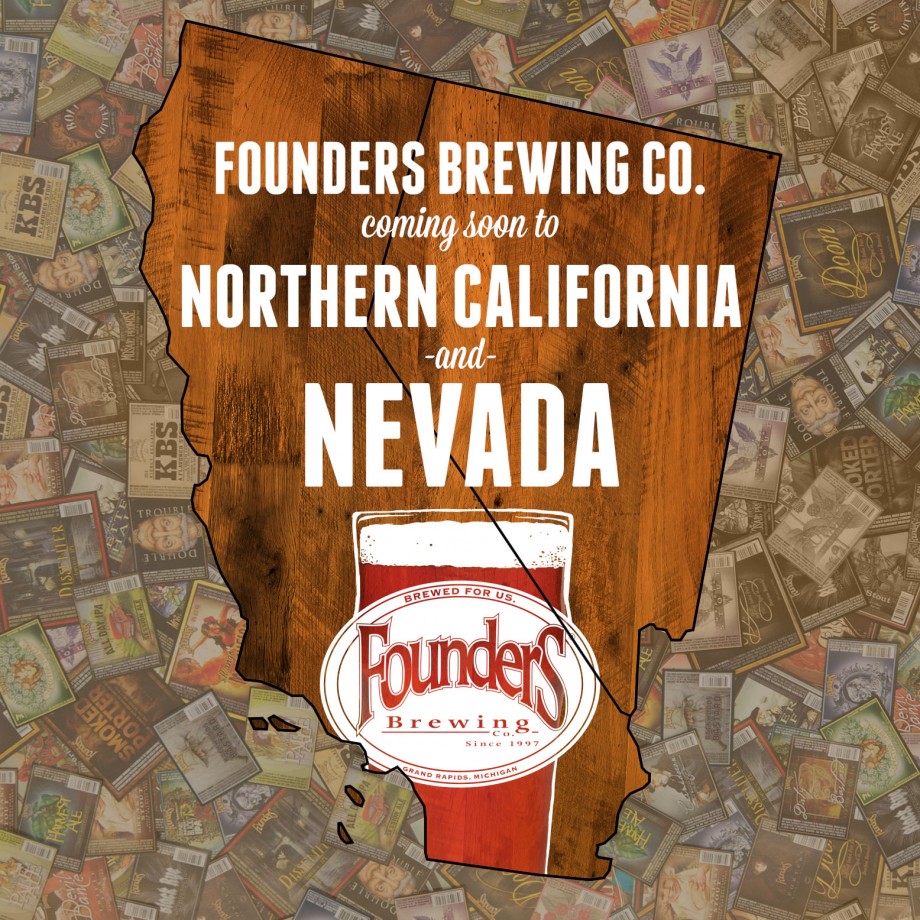 “We’re thrilled to continue to expand our distribution in the West where there is such appreciation for craft beer.” said Co-Founder & CEO Mike Stevens. “Northern California and Nevada are hubs for beer enthusiasts and we’re excited to add Founders to their list of choices. We think West Coast beer drinkers’ choices just got a lot harder.”

The following distributors will represent Founders in their respective markets.

We will offer all of our year-round and seasonal beers in bottles, cans (as applicable) and kegs throughout each state. There may also be some limited releases available at select craft beer retailers following the launch—stay tuned to our events page and Twitter handle for launch event information.

Check out all of the states in which Founders is available here.