We’re doing something a little bit different for the KBS release in Grand Rapids this year.

Kentucky Breakfast Stout (KBS) is our most infamous beer. It’s included in lists of the best beers in the world published by sources ranging from RateBeer to Men’s Fitness. It’s inherently a limited release because it ages in bourbon barrels for a year in the caves beneath Grand Rapids. In years past, beer enthusiasts like you have crashed web servers with the traffic caused by your interest in this beer, and we’ve had people camping outside the brewery in frigid temperatures so they can be first to get their share.

This year we’ve decided to open up the release so that people coming to Grand Rapids for KBS can enjoy all of Beer City USA. We’ll still be releasing bottles in our taproom, through a pre-ticketed release that lasts Tuesday, March 18, through, Saturday, March 22. Tickets will go on sale via EventBrite on Saturday, March 1, at 11am EST. What’s changing this year is we’re giving fifteen Founders-supporting craft-beer-centric bars and restaurants in the Grand Rapids area each a keg of KBS to tap on a day of their choosing throughout this same week. 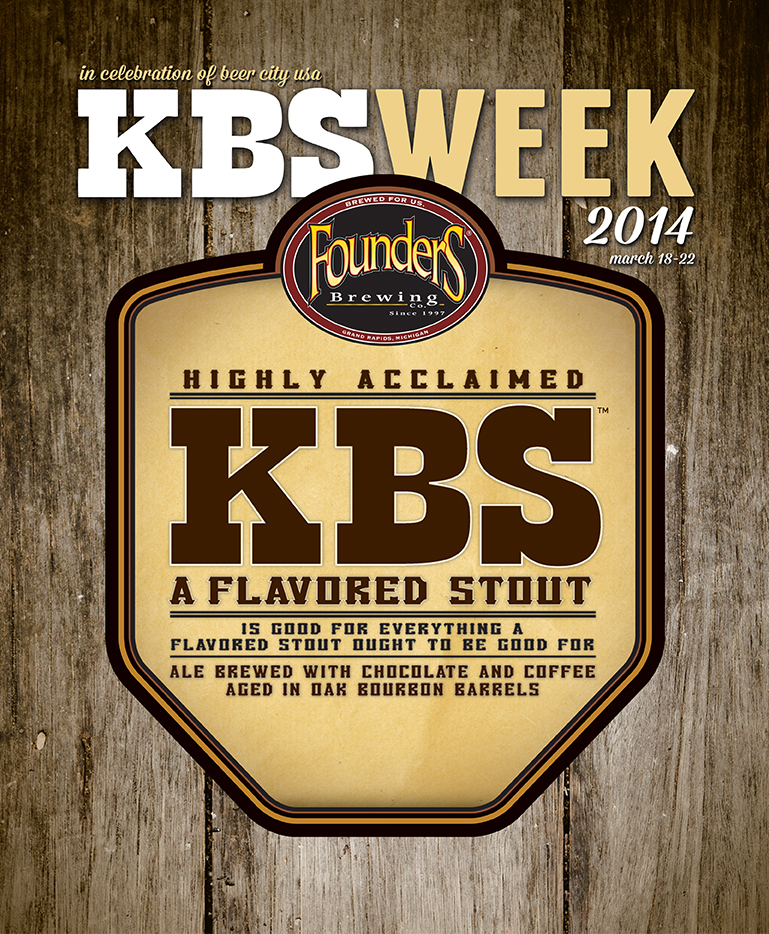 All details about KBS Week 2014, which lasts from March 18-22, can be found on a website that we’ve built just for this purpose. Check it out at kbsweek.com.

This is our way of saying thank you to restaurants and bars who are big supporters of the craft beer movement and to encourage people to visit all of the places that make Grand Rapids Beer City USA. We’re very much looking forward to this celebration with our community.