We’re expanding our distribution territory once again, this time to include the Volunteer State, with a network of distributors slated to represent our beer across almost the entire state of Tennessee beginning in April.

“We’ve been distributing in most of the states surrounding Tennessee for years,” said Co-Founder and CEO Mike Stevens. “Beer enthusiasts in Tennessee have been growing the craft beer scene, and they’ve been patient with us. We’re excited to be able to bring our beer to them.”

Founders distribution coverage will include the four major metropolitan areas of Nashville, Memphis, Chattanooga and Knoxville. Residents of Tennessee can expect to find Founders’ year-round and seasonal products on draft in the first shipment. Bottles will begin arriving in the next shipment, and specialty releases will follow our release schedule from there. 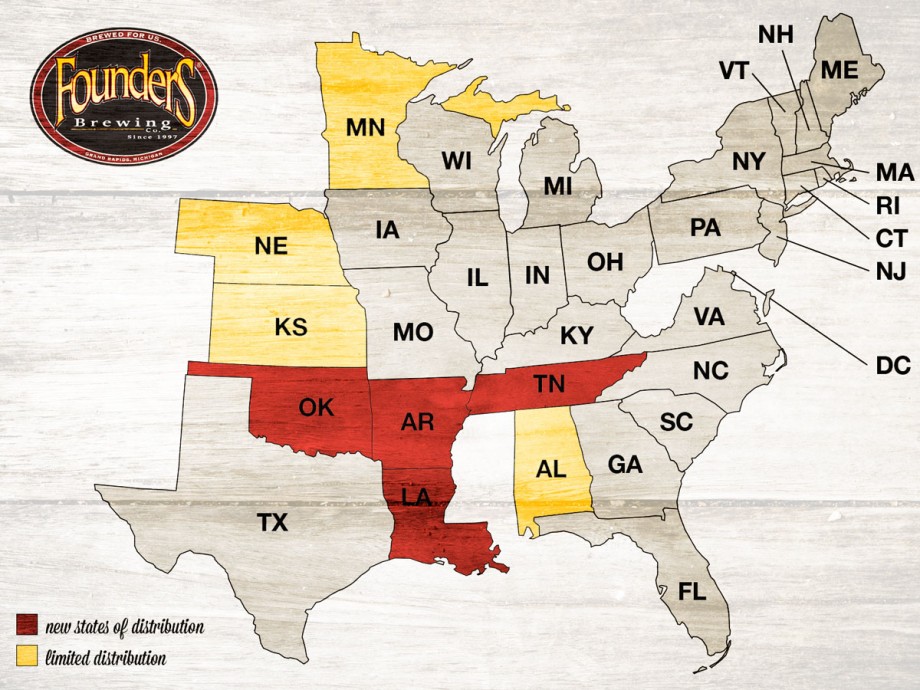