We’ve brewed a new taproom one-off, the Ales for ALS IPA, which is now on tap. Founders is one of nearly seventy participating breweries, who are all brewing their own unique beer for this campaign. A proprietary hop blend (featuring Citra, Mosaic & some experimental hops) was provided to each participating brewery to use in their creation. Proceeds from sales of these beer go to benefit ALS Research. You’ll find it to be a smooth, golden, easy-drinking IPA. Stop in and try it soon because we didn’t brew all that much and it will only last for a limited time.

Ales for ALS is a national campaign to raise funds and awareness for ALS, also known as Lou Gehrig’s disease, a fatal neurodegenerative disorder. Participating brewers brew special beers with a proprietary hop blend, and donate a portion of the sales to the ALS Therapy Development Institute, the world’s leader in ALS research. Built by and for patients living with the disease today, the Cambridge, MA-based drug discovery biotech has one mission: to end ALS.

For more info on ALS, the Ales for ALS campaign, and to get involved, check out alesforals.com.

We’re also participating in GR’s annual community-building sandwich competition, The Grandwich! Here’s the how the Grandwich camp describes the competition (put on by the Neighborhood Business Alliance & Downtown GR):

Grandwich is a fun competition between unique restaurants, delis, cafes, bakeries, etc. located Downtown and in the neighborhood business districts. The goal is to create a sandwich that wins exclusive rights to be called the OFFICIAL 2014 sandwich of Grand Rapids – or – “Grandwich.” As the competition enters its fourth year, we’re planning the highest stakes yet. We will provide the winner with free marketing to proclaim the victory.

For the competition, businesses dream up a sandwich and submit what they feel is an award-winning entry. The competition will last four weeks and will conclude with a final event at Rosa Parks Circle where we will announce a People’s Choice award along with 1st, 2nd, & 3rd place winners determined by a panel of judges.

Judging will take place via the following parameters: use of local ingredients, uniqueness, taste & appearance.

*In previous years, we’ve submitted regular deli menu items like the Devil Dancer & the Louis A. Cornelius. This year, we decided to make something special just for the competition. Here’s what we’ve submitted to the Grandwich Competition:

For all the info, simply visit: http://downtowngr.org/grandwich/home 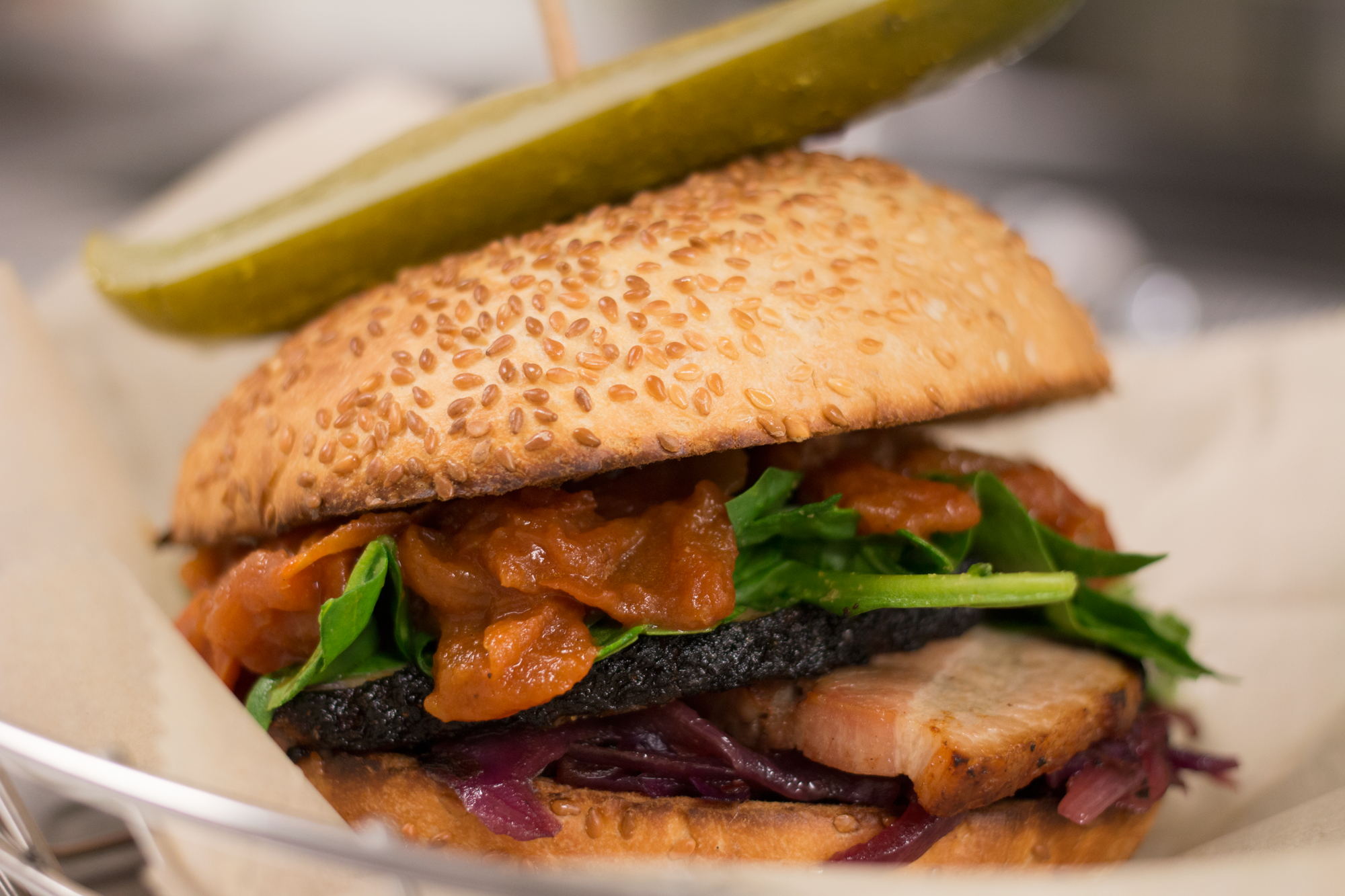 And, as always, we have some great live music lined up for you, so be sure to check out who’s playing! (Our live music schedule has also been added to our mobile app if you’d like to keep up with us that way.)

Linkedin
« Dark Penance Imperial Black IPA Is Our Newest Specialty Release
Hop 2 It Untappd Badge »
« Previous Post
Next Post »
We use cookies on our website to give you the most relevant experience by remembering your preferences and repeat visits. By using this site, you agree with our use of cookies. Learn More
Cookie SettingsACCEPT
Manage consent