The U.S. Environmental Protection Agency, in partnership with the White House Council on Environmental Quality, the U.S. Department of Agriculture, and the U.S. Department of the Interior has announced that the Urban Waters Federal Partnership is including the Grand River is one of 11 new locations that they’ve pinpointed to restore waterways, help local economies, create jobs and protect Americans’ health. Essentially, the Urban Waters Federal Partnership is a group of 12 federal agencies that coordinate and pull together local bodies to help projects like Grand Rapids Whitewater come to fruition.

Grand Rapids Whitewater (GRWW) is a project that is near and dear to our hearts that is looking to restore the Rapids to the Grand (River). We’ve kept you up-to-date on the project’s progress and have donated proceeds from special release tickets sold for our on-site releases to the cause. This is a project that will create neighborhoods, that will bring businesses and people downtown, and that will connect the city of Grand Rapids around the Grand River, which is why this city was founded in the first place. As GRWW co-founder Chris Muller says, “When someone says, ‘Grand Rapids…but where are the rapids?’ I’d love to point at something.” We would, too, and that’s why our co-founders and business partners have been behind this cause from day 1, donating the seed money to get the program off the ground. 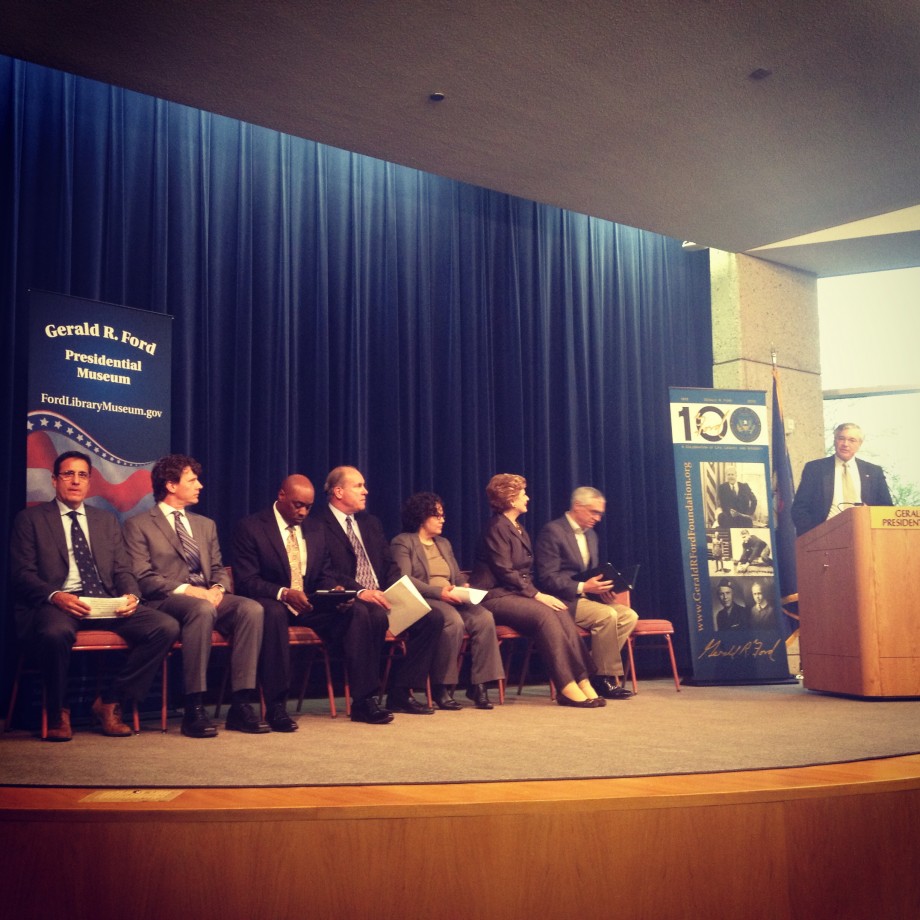 The federal announcement in support of this project took place at 2:30 p.m. on Friday, May 10, at the Gerald R. Ford Presidential Museum in Grand Rapids. In attendance were the chair of the White House Council on Environmental Quality, the acting administrator of the U.S. Environmental Protection Agency, U.S. Sen. Debbie Stabenow and officials from the U.S. departments of Interior and Agriculture(see photo above).

The 11 new project locations are:

Check out this announcement in the Wall Street Journal for more information.

And here’s an artist’s rendering of what the Grand River will look like with the rapids restored: 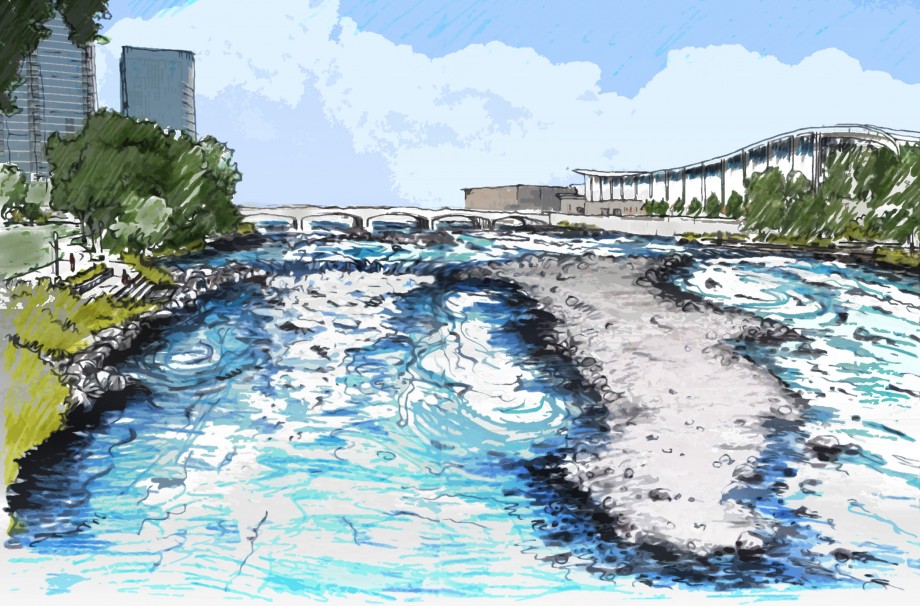 Linkedin
« Grand Rapids is Beer City USA 2013
Pure Michigan Beer Contest Winner »
« Previous Post
Next Post »
We use cookies on our website to give you the most relevant experience by remembering your preferences and repeat visits. By using this site, you agree with our use of cookies. Learn More
Cookie SettingsACCEPT
Manage consent