Kansas City, Omaha and Lincoln residents can expect to find our year-round and seasonal products, both in bottles and on draft, in the first shipment. (Read: These markets will not get shipments of Backwoods Bastard or Sweet Repute for the launch.) Specialty releases will follow our release schedule from there. Stay tuned for our 2014 availability calendar, to be announced next month.

Here’s a rough map of our distribution coverage in these two new states: 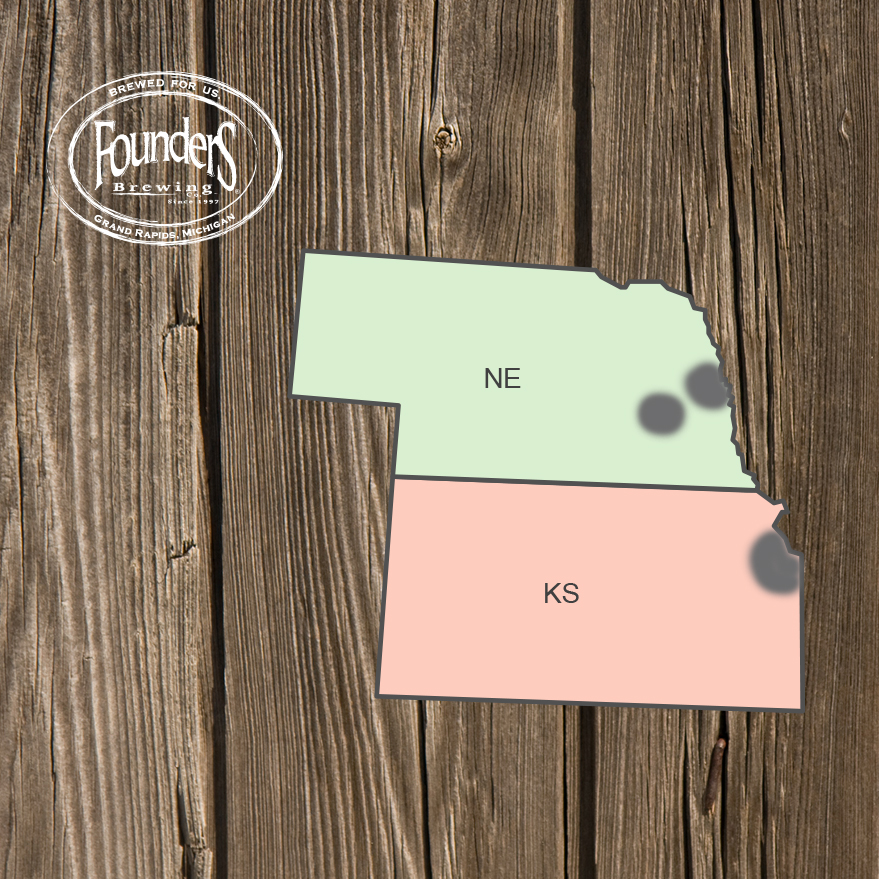 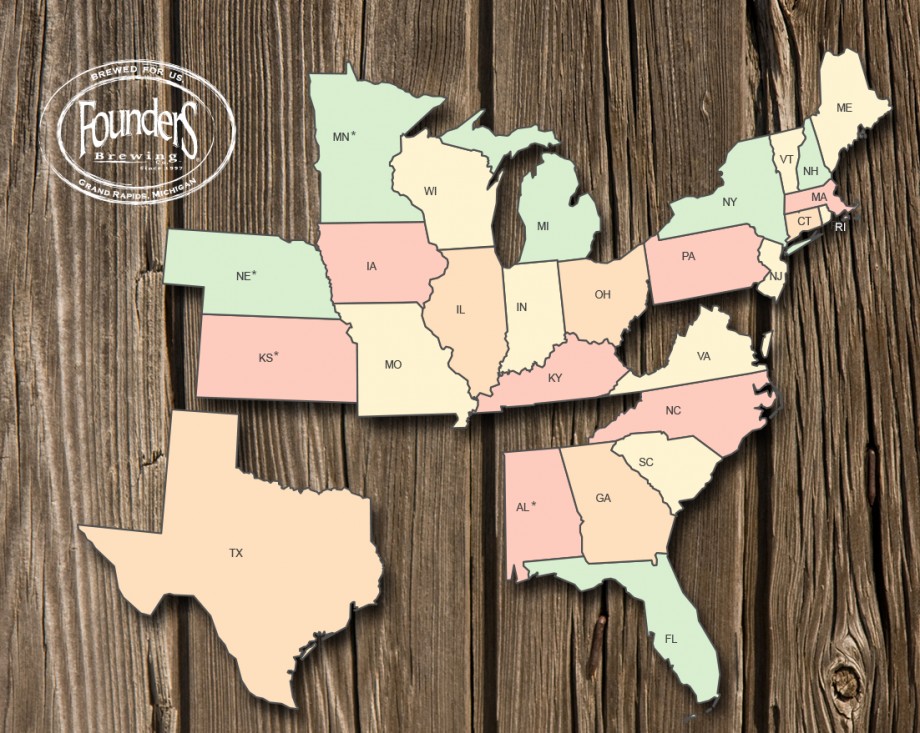 * = Founders does not have distribution in the entire state. Distribution coverage by state: