When Founders first started, the beers weren’t flying off the shelf. On the brink of bankruptcy, Co-Founders Mike Stevens and Dave Engbers decided if they were going to go down, it better be on their own terms. So they started brewing big, in-your-face beers that they loved to drink. And quickly, it was discovered others were after the same thing. That “brewed for us” mentality has been the cornerstone of every decision since, even if it means ignoring the mainstream and going against the grain. 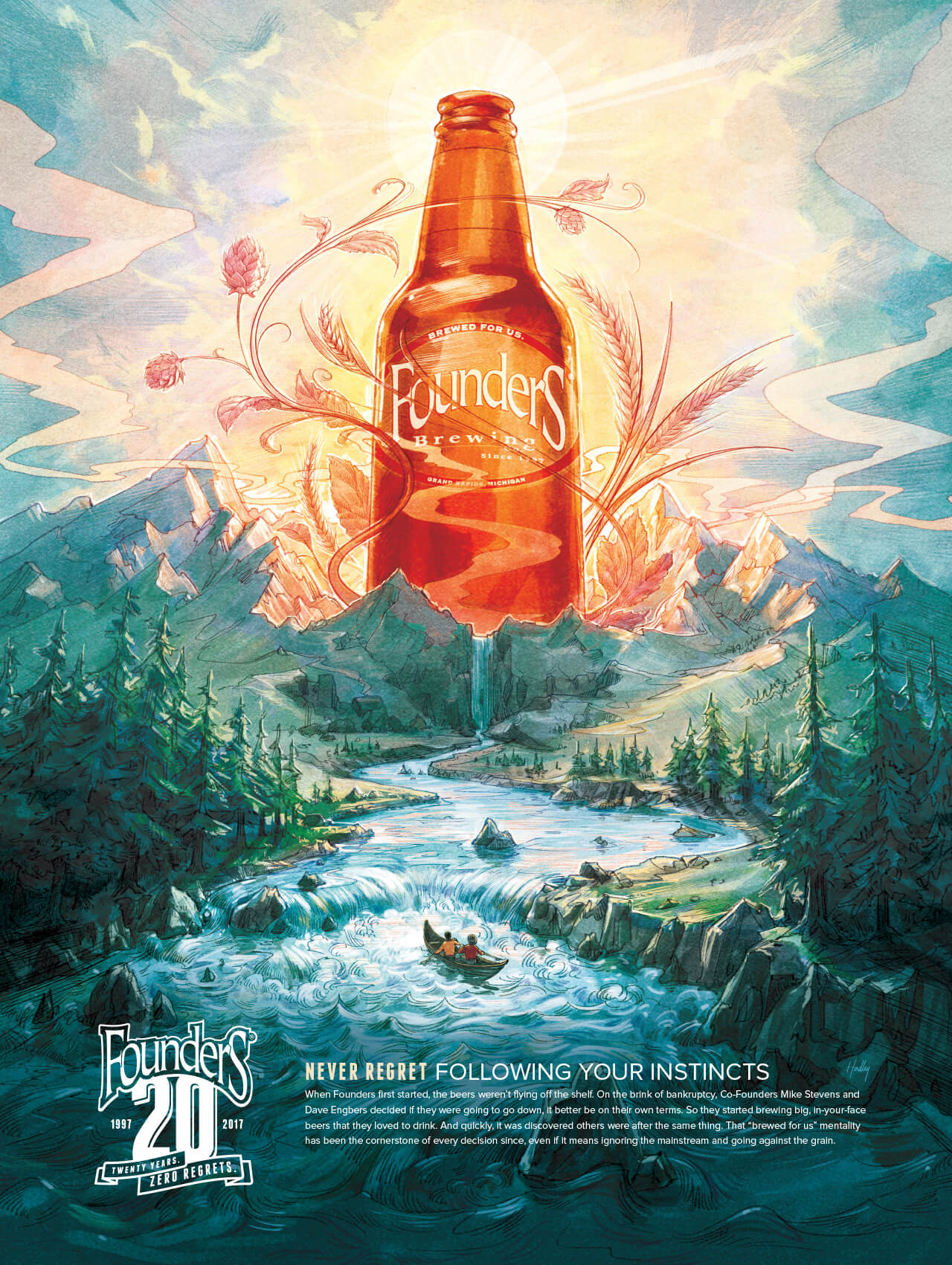